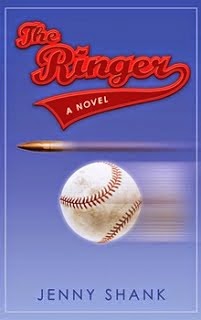 Set in modern-day Denver, this novel takes up two topics that date back to the origins of frontier fiction: the use of deadly force in law enforcement and the conflict between whites and the region’s ethnic populations, especially Spanish-speaking inhabitants who have long lived in the lands of the Southwest, taken in conquest by the U.S. government from Mexico.


Mexicans appear rarely as more than menacing or comical stereotypes in frontier fiction of a century ago. Where communities of Mexican-Americans exist today in the U.S., old attitudes persist, occasionally erupting around incidents such as the one at the center of this novel. Ed O’Fallon, a Denver policeman, shoots a man in a bungled drug raid. In the aftermath, as O’Fallon struggles with guilt and confusion, the impact of the killing is felt in two families—his own and the family of the dead man, Salvador Santillano.

Shank alternates chapter by chapter between O’Fallon and Santillano’s wife, Patricia, who is joined by her parents in an effort to bring the Denver police to account for not only this but a long history of less than exemplary relations with the Mexican community.

While the news media become involved, Shank explores the emotional and psychological realities of anger, fear, and regret that underlie the sensationalism and superficialities of media coverage and the maneuverings of those seeking political advantage or damage control.

Meanwhile, against this backdrop there is being played out what seems at a distance to be a minor drama involving a youth baseball league and a coincidence that the sons of both O’Fallon and Santillano play for rival teams, unaware of each other’s identity. Shank expertly weaves together these two storylines, both resonant with well-earned emotional integrity. Somehow she makes the outcome of the baseball season carry as much weight as the difficult resolution of irreversible losses for each of her protagonists.

The Ringer is a fine, thoughtful novel that you read for what it has to say about the lives of real people caught up in circumstances not of their choosing and beyond their control. It is currently available in print and e-book formats at amazon, and Barnes&Noble.

Jenny Shank has generously agreed to spend some time here to talk about writing and the writing of The Ringer, so I’m turning the rest of this page over to her.

Talk about how the idea for The Ringer suggested itself to you.
I enjoy novels that give the reader an inside look at a particular subculture—for example, you learn a lot about the atmosphere of an advertising agency in Joshua Ferris’s Then We Came to the End, or you learn about John Henry memorabilia enthusiasts in Colson Whitehead’s John Henry Days. The intense world of competitive youth baseball is a competitive subculture I knew well.

In 1999, when I was just beginning to contemplate writing a baseball novel, the Denver Police raided a house in north Denver on a no-knock drug warrant, and shot and killed Ismael Mena, the Mexican immigrant that they encountered inside. Later it came out that their informant had given them the wrong address of the house, and they’d killed someone whose house they had no business entering. I was shocked and moved by this incident, and I watched it all unfold.

In the aftermath, there was a lot of racial tension in the city between whites and Latinos. The part of this story that interested me most as a novelist was the fact that the cop who killed the wrong man was not responsible for the mistake on the warrant—he was doing his job, carrying out orders. I imagined the guilt he felt must be incredible.

I was also interested in writing about Denver, because there aren’t many novels set in my hometown. So I combined these ideas of writing about baseball and Denver with this growing feeling that I had to in some way address the shooting of Ismael Mena by the Denver police, because it seemed to me to be an important, elemental story, one that could tell us a lot about Denver if we’d listen to it.

What did you enjoy most about the telling of the story?
The most fun was writing about youth baseball, drawing on my childhood memories of playing softball and attending my brothers’ baseball games all summer long for these scenes.

Did any parts of the writing present a particular challenge?
The parts having to do with Patricia and Ed’s emotional pain were difficult. I found I had to practice radical empathy while I was writing to come up with feelings and actions that felt true. That meant sometimes while I was drafting, I made myself feel awful as I worked through those difficult emotions. It’s kind of like method acting—call it method writing.

Did anything about the story or characters surprise you as you were writing?
This is one of the few stories I’ve ever written that I had a good sense of what the overall plot would be when I began. Though I had to change many elements of it along the way, such as rewriting the ending several times, my sense of the story guided me through. The characters in the book I’m working on right now are throwing me more surprises than the crew from the The Ringer did.

Ed O’Fallon and Patricia Santillano are both strongly drawn characters. Talk a bit about where they came from.
So far most of the fiction that I’ve written has been about race in some way. When I was growing up, Denver’s public schools had court-ordered busing for racial integration. Beginning when I was six years old, I rode the bus to schools that were thirty minutes or more away from my house, schools in which whites were in the minority.

So Patricia came out of a combination of many women that I've met and observed, plus a good dose of imagination. My model for Ed is more drawn from my own family—I was raised in a family of sports fanatics, and also men whose top priority was their families. I also researched a lot about police officers—reading books and articles, observing police officers, and interviewing several of them, including talking to my cousin’s husband, who is a cop in Omaha.

In a novel with two protagonists, did either of them attempt to dominate the narrative as you wrote?
Each of them did, draft by draft. I wrote the book basically in the order it appears, alternating between perspectives. As I got through a draft and showed it to my writing buddies, some of them would comment, "Ed seems stronger in this draft" or "Patricia is stronger in this draft." So I just kept rewriting until I got both of them equally strong.

I wasn't worried that either would take over the story, though, because my mission in writing it was to show both sides of this fraught situation, and to see if it was possible to demonstrate compassion for everyone.

To what extent do you consider The Ringer a "western" novel, specific to Denver or any other western city?
The West is very important to me--my identity is so wrapped up in being from this place, and being from Denver specifically. You don't see a lot of published books set in the urban West. I'm not sure if that's because they're not being written, or if publishers just like to publish stories that fit with their ideas of the West being rural and full of beautiful landscapes and animals.

I wrote an essay for the Huffington Post about my theory of Denver literature and my goals with the book, "Writing the Decent Denver Novel."

Another writer might have injected a comic or humorous element into the novel, but The Ringer is told mostly straight. Any thoughts on how that happened?
The funny thing is I write a lot of satire, comedy, and humorous essays. Most of my short stories are comic. But the plot of this story has such a serious nature that I wanted to be true to the emotions of it and match them with my prose. I could be lighter in the sections about youth baseball, but I wanted to respect the gravity of the scenes that had to do with the shooting of Salvador Santillano.

This was something that was a little difficult for me—sometimes I’d show a chapter to my writing group that had a joke or a jokey scene in it and they’d point out that the tone seemed off. In the future I hope I might be able to work more humor throughout a novel and still manage to have a plot, like some novelists I admire do—Jess Walter and Brady Udall for example.

What considerations went into deciding how to end the novel?
I wanted there to be some reconciliation or redemption for the characters involved--I am Catholic, after all! But I didn't want such an ending to come cheaply. I wanted it to feel honest. I wrote several endings, until I could get that glimmer of realistic hope that I was reaching for. The events happen over the course of three months, so I didn't think it would be believable for Patricia to offer forgiveness, though I wanted to suggest that she might come to that in time.

What have been the most interesting reactions of readers to the novel?
I loved going to meetings of book clubs who read the book. At one, there were several nurses from Denver Health, where Patricia works, and I started to sweat about all the things they were going to point out that I'd gotten wrong, but they all said that what I'd written felt true. (Phew!)

Then I went to a meeting of a multi-generational book group made up of mothers and daughters. As they were talking about my book, the senior women started reminiscing about Denver, saying things like, "Remember when you could ride the streetcar downtown? And eat lunch at the Woolworth's lunch counter?" I love that my book sparked this trip down memory lane.

What can your readers expect from you next?
I am working on a new novel, another set in contemporary Denver. I've also completed a short story collection. That makes three novels (one unpublished) and one story collection that I've set in Denver, so after that, I'm going to try something new, some historical fiction inspired by some relatives of mine, a woman and her two brothers, who left the family farm to join Buffalo Bill's Wild West Show.

What other Colorado writers should we know about?
Colorado is full of wonderful writers. It’s getting to be like Montana in that respect, though we don’t have any of the lively book festivals that Montana has. (I’m working on that—it’s one of my long-term goals to get some kind of Denver book festival going.)

My favorite contemporary Colorado writer is Kent Haruf. He rules, both in his literary achievement and in his personal kindness.

Another favorite is my former teacher and friend, Lucia Berlin, who died several years ago, but I was so happy to come across one of her masterful story collections, still in print from Black Sparrow Press, when I visited City Lights Books in San Francisco recently.

I’d also recommend the work of a few novelist friends of mine, Laura Pritchett, who just published Stars Go Blue, and Rachel Weaver, whose debut Point of Direction is set in Alaska and will knock your socks off. Gary Schanbacher’s recent literary western Crossing Purgatory won a Spur Award for Best Historical Novel. I also enjoyed the debut novel The Wives of Los Alamos by Boulder writer TaraShea Nesbit.

Thanks, Jenny. Every success.