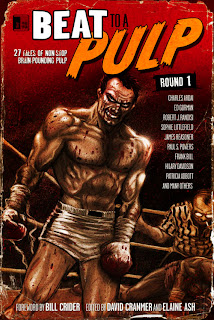 Pulp fiction is un-American – in the best sense of the word. It sticks its finger in the eye of our over-idealistic national myths. It questions the myth of progress and the myth of the American Dream. Along with one of the characters in Cranmer and Ash’s Beat to a Pulp, Round 1, it insists that things are “going to hell.”