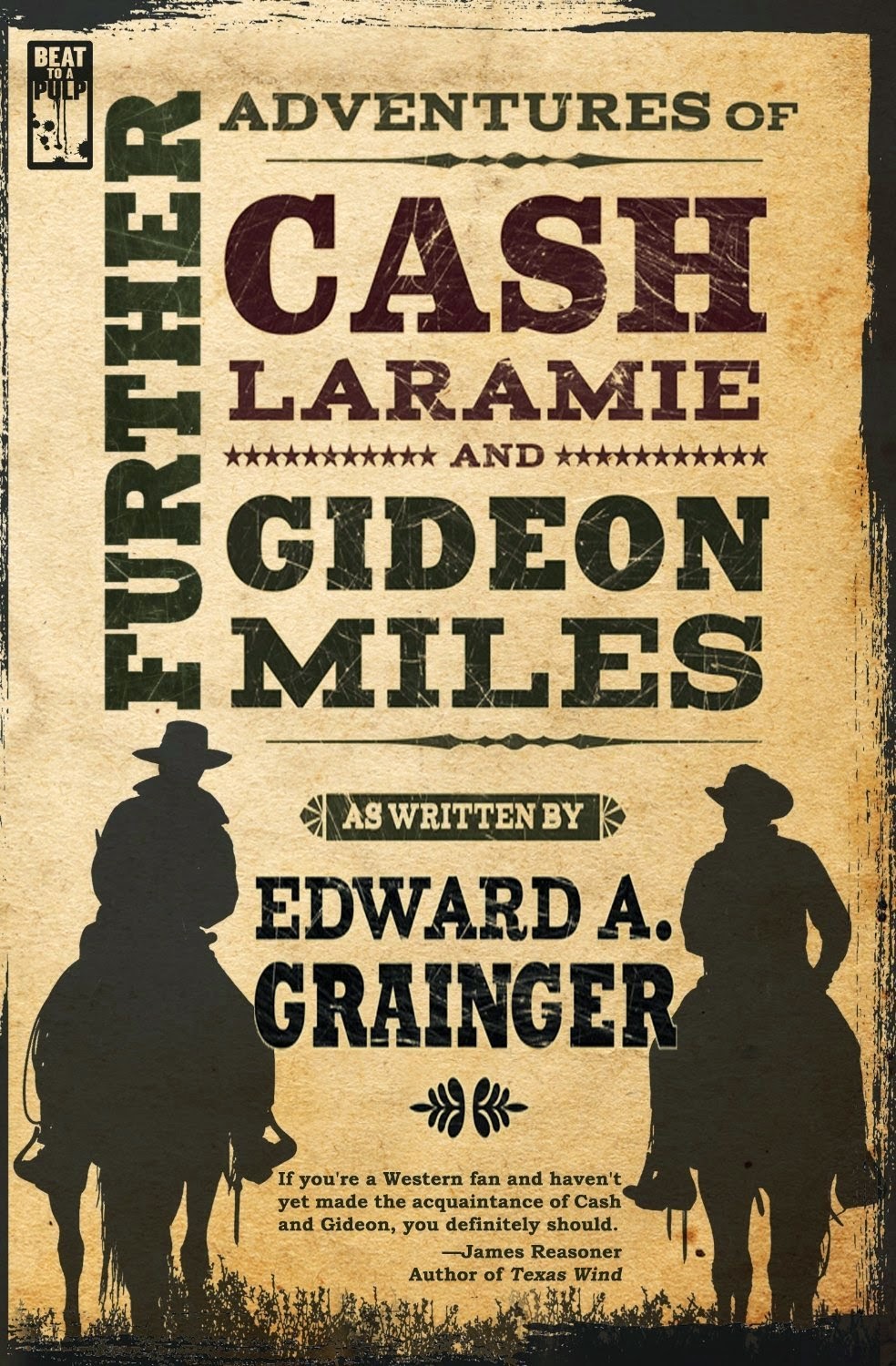 As part of his education of a pulp writer, David Cranmer has been reinventing the traditional western over the past several years with his introduction of two deputy U.S. marshals, Cash Laramie and Gideon Miles. The two peace officers work out of 1880s Cheyenne, Wyoming, bringing in malefactors, felons, and fugitives from justice, of which as we know, there were plenty in the Old West.

Both men are admirable in their own ways not to say distinctive in their manner and personal style, as is often the case in pulp fiction. Cash Laramie has acquired a reputation as the Outlaw Marshal, stepping at times outside the precise requirements of his job description to bring undesirables to heel. Historians will recognize in him the thin gray line that separated the lawful and unlawful activities of frontier lawmen whose skill with side arms also qualified them as gunfighters.


Meanwhile, Gideon Miles is the sort of Old West lawman who could exist only in fiction. He is a black man wearing a badge at a time when such a thing was unheard of. Long before full racial equality was an even remotely conceivable idea for most Americans, Cash and Miles are loyal friends and sometimes work together.

That’s the central conceit of their stories, and Cranmer, writing as Edward A. Grainger, has made a franchise of them, inviting other writers, like Wayne D. Dundee, Nik Morton, and Heath Lowrance, to spin out Cash and Miles stories of their own.

In this collection of nine stories, Cranmer teams up with western writer Chuck Tyrell on two of them, “Legends,” and “Property of a Gunfighter.” The first takes us from the 1880s to 1921, and the action takes place in New Orleans, where the two heroes are older and living very different lives. But the past has a way of catching up with them.

“Property of a Gunfighter” is my favorite of the whole lot, partly because it deftly mixes history with fiction, plus a well-known western movie star, in the recounting of an incident in which Cash crosses paths with Wyatt Earp in Nome, Alaska, during the gold rush years.

The story is told by Wyatt’s wife Sadie to a news reporter, who has more than a casual connection to Cash. This blending of fact and fiction is particularly entertaining, especially in its evocation of the spirited Mrs. Earp as the narrator. (I was reminded of Allan Gurganus’s novel, Oldest Living Confederate Widow Tells All.).

With this new collection, Cranmer has done something you don’t often find in western fiction, bringing characters forward in time so that we see them not only age but reflect the changing social environment. In New Orleans, for instance, we find our heroes as retired lawmen in a world of Prohibition, speakeasies, and jazz music. We’re not in Cheyenne anymore.

As Edward A. Grainger, David Cranmer has done the traditional western a great service by nudging it away from its time-worn conventions and stereotypes and injecting it with several leaps of the imagination. You might call this genre bending “a rip through time.” Further Adventures of Cash Laramie and Gideon Miles is currently available in print and ebook formats at amazon.
Tweet

Coming up: Notable frontier fiction reviewed at BITS in 2014