National Day of the Cowboy 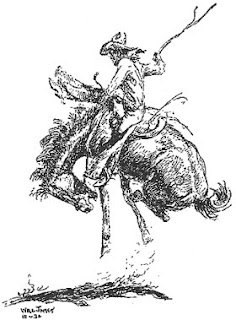 Today, July 24, 2010, is National Day of the Cowboy. A while ago, I invited western writers and fans of western writers to observe the day here at Buddies in the Saddle with a Fictional Cowboy Hall of Fame. I asked everyone to consider the novels and short stories they’ve read and to say a few words about the one character they believe best exemplifies the Code of the West.

Here’s what they had to say:
ChuckTyrell over at Outlaw Trail said...
“I have to vote for Will Penny. The movie was based on one segment of a series called The Westerner. Sure shows the loyalty and honesty of the cowboy. According to Wikipedia, Heston said it was his favorite film, bar none, and that means he rated it higher than The Ten Commandments or Ben Hur. That's saying a lot for Will Penny.” 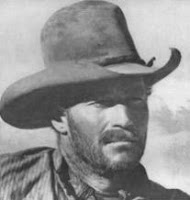 Will Penny was a creation of writer-director Tom Gries, who contributed to a good many TV westerns, like “The Westerner” and “Wanted: Dead or Alive,” plus a few films, starting with a B-western, The Bushwhakers (1959). After Will Penny (1968), he directed 100 Rifles (1969) and Breakheart Pass (1975).
David Cranmer over at Education of a Pulp Writer said...
“Interesting that my mind wanders to Wyatt Earp and Doc Holliday. Interesting because Earp was not a fan of the term cowboy and hunted a group of them during his famous ride. But for books, the latest Robert B. Parker series featuring Virgil Cole and Everett Hitch sum up the code you speak of.” 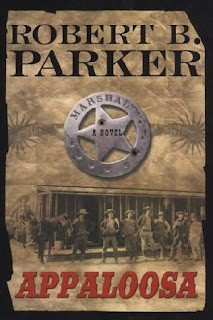 Known maybe best for his crime fiction character Spenser in a series of at least 40 novels, and made into a successful TV series “Spenser for Hire” (1985-88), Robert B. Walker also wrote this series of Cole and Hitch westerns: Appaloosa (2005), Resolution (2008), Brimstone (2009), and Blue-Eyed Devil (2010). These came at the end of a long, award-winning career. Parker died in January of this year.
Walker Martin said...
“I vote for Hashknife Hartley, a character invented by long time western author, W.C. Tuttle. Hashknife was a rangeland detective who often worked for such organizations as Cattlemen's Associations. He appeared as the lead character in dozens of stories, serials, and books, mostly from such pulps as ADVENTURE, SHORT STORIES, WEST, and WESTERN STORY, during the 1920 through 1945 period. He certainly observed all the tenets of the Code of the West.” 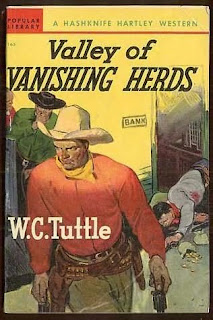 W. C. Tuttle (1883-1969) sold 1000+ magazine stories and dozens of novels, almost all of them westerns. Hashknife Hartley and Sleepy Stevens were among his best known characters. He can be heard here reading two of their stories, recorded for radio broadcast in or about 1950. If you enjoy old radio drama, you’ll love these.
Tuttle also wrote screenplays – imdb.com gives him story credit for more than 50 films, mostly in the 1920s. His last credit there is for an episode of the TV series, “Cheyenne” in 1958, called “Noose at Noon.”
Gary Dobbs, over at The Tainted Archive said...
“I'd vote for Edge - the series character from George Gilman - he may in fact be an anti-westerner but they were damn exciting books.”
Gary has been talking up the Edge series recently and reprinted an interesting interview with author George Gilman at his blog. If you want to get the story behind the creation of Edge, the interview starts here. 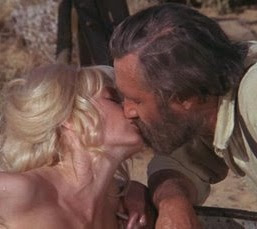 Cheyenne over at The Cheyenne Chronicles said...
“I wish to vote for the film, “The Ballad of Cable Hogue”. Why? Jason Robards played the character to a tee! Rough, honest? He paid his debts, loved his women, never demanded too much, and lived his life!"
I’ve researched the credits for this movie and came up with two credited writers, John Crawford and Edmund Penney, who have only this one screenplay to their name. An uncredited writer, Gordon T. Dawson, wrote extensively for TV, including 10 episodes of “Bret Maverick.” So for this internet researcher the creator of Cable Hogue is still a mystery. Best to give a big nod to director Sam Peckinpah and actor Jason Robards. 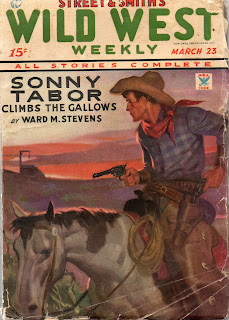 Laurie Powers over at Laurie’s Wild West said...
“I don't think it would be any surprise to anyone if I nominated Sonny Tabor.”
Here’s Laurie on the subject of Sonny Tabor from her website:
Sonny Tabor was arguably one of the Wild West Weekly’s most popular characters. He was an outlaw relentlessly pursued for the reward being offered for his capture. But Sonny Tabor was wrongfully accused, forced into a life of continual flight. Readers loved Sonny for his boyish looks, his kindness towards his amazing Pinto horse Paint, his sense of humor, and his determination to always fight for what’s right, even if it meant putting his own life in danger.
Read more here and order copies of the Sonny Tabor stories. 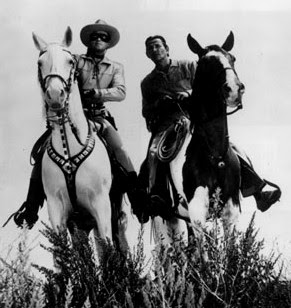 James Reasoner over at Rough Edges said...
“You can't get much more "Code of the West" than the Lone Ranger.”
The Lone Ranger originated as a radio series on a Detroit radio station on January 30, 1933, and ran until September 3, 1954. The show was created by George W. Trendle and developed by Fran Striker. Republic Pictures produced the first Lone Ranger serial in 1938 with Lee Powell as the first Lone Ranger.
Speaking of code, as a schoolboy during the last decade of the radio series, I have the William Tell Overture and “Hi-Yo, Silver, away” permanently coded in my DNA. That series, by the way, ran for 2,956 episodes. Meanwhile, the Lone Ranger TV series began on September 15, 1949.
Jim Griffin over at Western Fictioneers said...
“At the risk of being accused of self-promoting, I'm going to nominate my own characters, Texas Rangers Jim Blawcyzk and Cody Havlicek. They exemplify the "cowboy code": loyal family men who love the law, fight outlaws and enforce justice throughout the Lone Star State. Both are main characters in a series of novels.”
There’s more in an interview with Jim by Gary Dobbs. 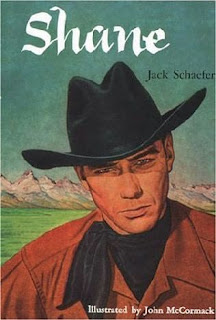 And still more...
“Since no one else has yet, I'm also going to nominate Shane. Jack Schaefer's character epitomizes the cowboy code. The novel was required reading in my Catholic high school. It's unfortunate it still isn't.”
Shane would be my own choice, too. He is a fiercely independent man who comes to the aid of those in need. He uses violence sparingly (in Schaefer’s novel he keeps his gun out of sight until he goes to face Wilson in the shootout). He’s a loner with a shadowy past, but it has not eroded his basic strength of character and his good will for others.
By the way, the home page of Jim’s website gets high marks from me for its drawings by cowboy author and illustrator Will James. 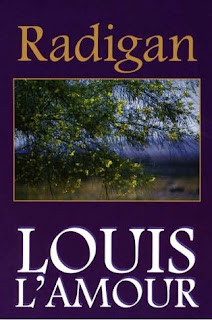 Matthew P. Mayo said...
"I nominate Louis L'Amour's many manly protagonists. The man filled the pages of most of his novels and short stories with bold, rugged characters trying their best to be their best. Borden Chantry, Jubal Sackett, Conagher, and on and on. Solid men, all. And while we're at it, LL created a whole wagontrain-load of strong, independent frontier women, too. But can I choose just one Louis L'Amour character? Yes: Tom Radigan of the novel ... RADIGAN. Good stuff."
Thanks, Matthew, for narrowing it down. Had to be a challenge with so many to choose from. Here’s an interesting characterization of his typical hero that appeared in L'Amour's obituary at The New York Times:
The typical L'Amour hero was a strapping young man in his late teens or early 20's, a resilient and somewhat romantic fighter bent on self-improvement. Tell Sackett carried law books in his saddlebags; Bendigo Shafter read Montaigne, Plutarch and Thoreau; and Drake Morrel, a one-time riverboat gambler, read Juvenal in the original Latin.
Read more of this appreciation of Louis L’Amour’s life and career here. And drop by Matthew Mayo’s website. 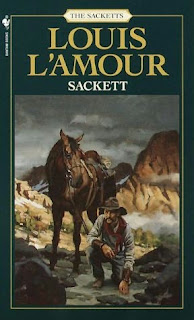 Lee Pierce said...
“Wow, what a task. There are so many characters that I admire. John Wayne's Capt. Nathan Brittles in "She Wore a Yellow Ribbon" is one I love. Jimmy Stewart in "Bend of the River" is another. The one I have to go with is William Tell Sackett, Louis L'Amour's most enduring hero of the Sackett novels. Tell Sackett is my choice.”
OK, another vote for a L’Amour character. Here’s the description you’ll find for Tell Sackett at wikipedia:
Oldest son of Colburn Sackett ("Ride the Dark Trail" section of "The Sackett Companion"). Fought for the Union in the Civil War. A hard, tough, quiet man who wants only to be left alone, it takes very little to anger Tell, and he will fight like a rabid wolf if pushed, as several men have found out - usually, it's the last mistake they make.
He's a loner, at home in the High Lonesome, often going years without seeing or communicating with his family back in Tennessee. He takes any job that suits him at the moment, from cowhand to miner, and drifts, rarely staying in one place any great length of time. He's killed several men in his lifetime, is fast and deadly accurate with any kind of gun, as well as the Tinker-made knife he carries. Although outwardly he appears rough, he has a sound, strong moral character, never forgetting his father's rule of "...always ride on the side of the law, never against it". 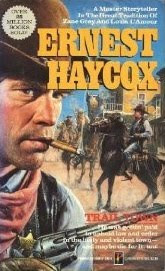 "I vote for the day-marshal of River Bend, in Ernest Haycox's seminal western novel, TRAIL TOWN. Dan  Mitchell is a true individualist in a community forcing him to take sides. He represents balance between the merchants of Willow Street and the trail boss drovers and saloon keepers of Race Street."

Ernest Haycox (1899-1950) was named by the Western Writers of America as one of the top 24 western writers of the 20th century. He published two dozen novels and about 300 short stories. His stories began appearing in the pulp magazines in the 1920s, and in the 1930s and 40s, he was appearing in slicks like The Saturday Evening Post. It is said that Ernest Hemingway was a fan of his writing.

Numerous films were based on his novels and stories, including the classic John Ford Stagecoach (1939) based on Haycox's story "Stage to Lordsburg" and Abilene Town (1946), based on the novel Trail Town (1941), starring one of my favorite cowboy actors, Randolph Scott.

OK, that's it, proving once again that it takes more than one kind to be a real cowboy. Thanks, everybody, for joining in. For those who didn't get to and would still like to take part, use the message box below to add your nomination.