Now available: How the West Was Written, Vol. 1 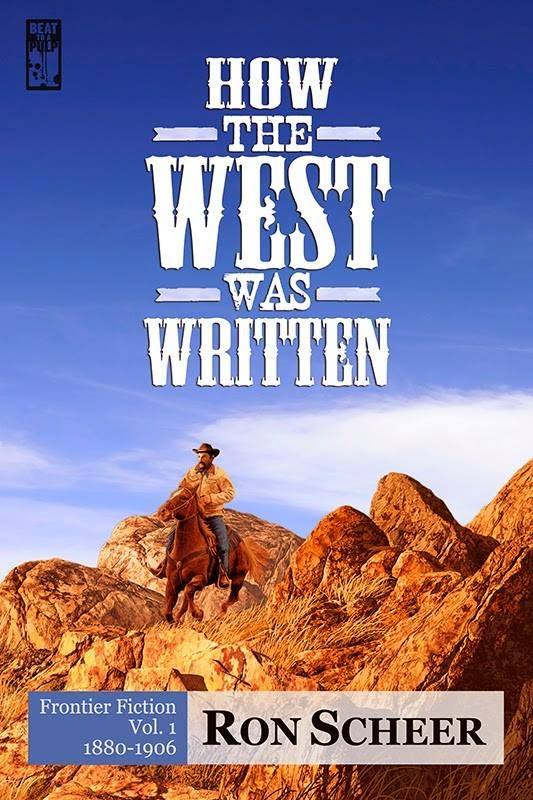 David Cranmer over at Beat to a Pulp Press has just announced publication of my new book, How the West Was Written, Vol. 1, 1880 - 1906. Here's a short description from the introduction:


This book began as a question about the origins of the cowboy western . . . how it grew from Owen Wister’s bestseller, The Virginian (1902), to Zane Grey’s first novels a decade later. A reading of frontier fiction from that period, however, soon reveals that the cowboy western was only one of many different kinds of stories being set in the West.

Besides novels about ranching and the cattle industry, writers wrote stories about railroads, mining, timber, the military, politics, women’s rights, temperance, law enforcement, engineering projects, homesteaders, detectives, preachers and, of course, Indians, all of it an outpouring between the years 1880–1915. That brief 35-year period extends from the Earp-Clanton gunfight in Tombstone, Arizona, to the start of the First World War.

The chapters of How the West Was Written tell a story of how the western frontier fed the imagination of writers, both men and women. It illustrates how the cowboy is only one small figure in a much larger fictional landscape. There are early frontier novels in which he is the central character, while in others he’s only a two-dimensional, tobacco-chewing caricature, or just an incidental part of the scenery.

A reading of this body of work reveals that the best-remembered novel from that period, The Virginian, is only one among many early western stories. And it was not the first. The western terrain was used to explore ideas already present in other popular fiction—ideas about character, women, romance, villainy, race, and so on. A modern reader of early western fiction discovers that Wister’s novel was part of a flood of creative output. He and, later, Zane Grey were just two of many writers using the frontier as a setting for telling the human story.

Readers’ comments. "This is a splendid study of early western fiction, most of it written contemporaneously with the settlement of the American West. A surprising number of women authors are included among the sixty-some novels reviewed by the author. The book offers penetrating, rich, and lucid examinations of these early novels, and gives us a good understanding of where western fiction came from and how it has evolved. Highly recommended."
—Richard S. Wheeler, Spur Award-winning author


"[Ron Scheer's] scholarship is meticulous and the book is an enlightening contribution to American literature with this study of the Western, its roots and its themes. I'm proud to have it on my bookshelf. It's unique in the canon, as far as I know."
—Carol Buchanan, Spur-Award-winning author

Currently available at amazon in ebook format for kindle and in paperback. In paper also at Createspace. A second volume is in the works for the years 1907 - 1915.