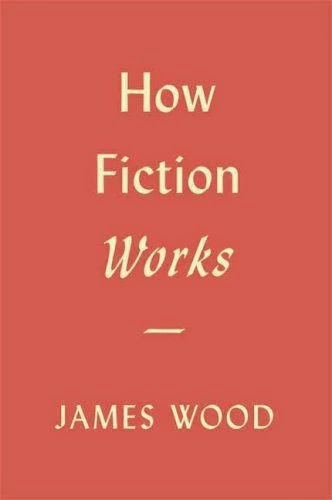 Some readers here will know James Wood as a book reviewer (he would say critic, I suppose), at The New Yorker. Published in 2008, this book suggests by its title that it’s a how-to manual for writers, but it’s better described as a what-to-notice for readers.

Wood covers a half dozen or so topics: narration, point of view, detail, character, and realism. In his preface, he states that his argument is that fiction is both “artifice and verisimilitude.” In other words, it draws on a store of conventions and fakery to create an illusion of reality.

Detail. This assertion won’t come as a surprise to many readers or writers. What’s interesting about Wood’s argument are the examples he uses, starting with Flaubert, whom he credits with virtually inventing the modern novel, with its eye for concrete detail. Whether in literary or genre fiction, the prominence given to visual, audio, and other sensory images becomes suddenly obvious after Wood points it out. You see that it is part of the artifice.

Narration. More complex is the matter of narration. Wood argues that all narration is unreliable, and third-person more so than first-person. To demonstrate this last assertion, he takes apart a paragraph from Henry James’ What Maisie Knew. There he finds a supposedly unbiased and neutral narrator using a word betraying an attitude that Maisie would not herself possess.

It’s a surprising revelation when you realize how writers do this all the time, blurring the line between the storyteller and the character—sometimes for a clever sleight-of-hand effect, sometimes from lack of narrative precision.

Wood has a term for this: free indirect style. The point of view is located close to the conscious awareness of a character, but the narrator may be using language and reporting details that would not match the character’s own vocabulary or perceptions.

Story. Disappointing for me was Wood’s choosing not to discuss very deeply another aspect of the subject: how story works. What is it that grabs and holds one’s interest over the course of a story? While it may have character and plot, what is happening when a story fails to do this for us?

As a reviewer I am often asked to read new fiction, and after a few chapters, I may find my own attention wavering as a story just doesn’t engage me. It’s not just new writers. There are prize-winning and beloved authors whose handling of story is sometimes so awkward, long-winded, and unimaginative that I’m stifling a yawn.

Far more interesting are the moments when a story finds traction and takes off, absorbing my attention. If I have awareness of it at all, I’m wondering, “Now, how did that happen?”

Wrapping up. I’m ending today with two TED talks on the subject of storytelling. One is by a literary agent Julian Friedmann. The other is by screenwriter and filmmaker Andrew Stanton (Toy Story, WALL-E, Finding Nemo). The two make good points and mostly agree, except on an often cited piece of advice. One says to draw from life; the other says not to, because life is boring.

Friedmann makes an observation that as a reader I would encourage fiction writers to give more thought to—allowing the audience to be more actively involved in the creation of the story. That means leaving blanks for them to fill in, and not over-explaining, making all the connections, or clearing up ambiguities. The audience is already hardwired to do that. Best to remember: less is more.

The audience is thus the true inventor of the story, not the writer. We use stories to look at ourselves and to rehearse our fears. And Friedmann credits Aristotle for discovering this. A good story makes an emotional connection between character and audience, and the process is simple: we feel pity for the character as they suffer adversity; we feel fear as their situation worsens and they struggle to regain control; and we feel catharsis when they finally overcome.

His argument may be a bit self-serving but Friedmann makes a point that deserves consideration. People like himself (that is, agents, editors) are not gatekeepers with the ability to select the fortunate few for fame and fortune. Only an audience can do that.

Finally, here is Andrew Stanton, telling his own story as a writer. While Friedmann offers more pragmatic advice and makes interesting comparisons between British and American films, Stanton makes a moving point about how the film Lawrence of Arabia made an emotional connection for him as a young moviegoer. [Caveat: His talk begins with a funny story that some here may find off-color.]

Coming up: Broncho Billy and the Greaser (1914)