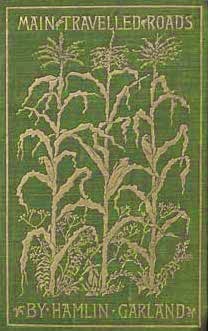 First published in 1891, this collection of stories challenges beliefs about life on the frontier that persist in the collective imagination still today. Set variously in the upper Mississippi Valley and as far west as Dakota, they cast the homesteading farm family in a harsh light robbed of any myth or romance.

While modernization in later years may remove some of the back-breaking labor of working the soil and tending livestock, Garland portrays the grim reality of daily toil for the first generation of homesteaders who settled on the land following the Civil War.

Full of hope and aspirations, they were often ground down by the vagaries of weather, adverse living conditions, and an economic system that favored banks and land speculators. Growing up on farms in Wisconsin and Iowa, Garland knew firsthand the toll taken on the human spirit, as families sank into debt and lived precariously from one crop year to the next, always on the edge of crushing poverty.

In successive editions of the book—the last appearing in 1922—the number of stories collected in it grew from six to eleven. While you can find whole sections that capture picturesque aspects of rural living, these are embedded in accounts of lives lived in constant drudgery, monotony, and hopelessness.

Garland was especially aware of the sacrifices made by frontier women, whose days were an endless round of tasks that kept them bound for months at a time to a meagerly furnished shelter, where cooking, laundry, and childcare kept them virtual prisoners, isolated from social amenities.


In “A Day’s Pleasure,” he tells of a farmer’s wife who gets a rare day in town while her husband sells a few sacks of wheat. There, she is invited in by another woman who takes pity on her and her small child, offering her tea and conversation for a precious hour before the trip back to the farm. In “Mrs. Ripley’s Trip,” an Iowa woman returns after 23 years of marriage for a Thanksgiving visit to her family in upstate New York, with $75.30 in coins saved over the years. It is only a brief respite, however. Back from her visit, Garland says, “she took up her burden again, nevermore thinking to lay it down.”

An advocate of land reform, Garland includes a story of how a farmer’s industrious and unstinting hard work is used against him by an unscrupulous landowner. In “Under the Lion’s Paw," a farmer returns from Kansas, where he has been wiped out four years running by grasshoppers and rents a run-down property from another man, who has acquired 20 farms and lives comfortably by finding renters to work them.

The asking price for the acreage is more than the farmer can afford, but there is an understanding that after a few profitable years, he will have the option to buy. Making improvements at his own expense, the farmer is surprised when the owner doubles the price of the farm, now that it is worth more. His trust brutally betrayed, the farmer learns that he has no recourse in the law, which would favor the owner in any suit. “Never trust anyone,” the owner tells him. 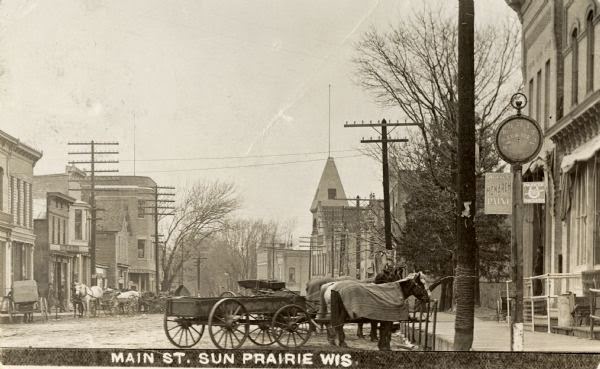 Consistent in their portrayal of rural life, Garland’s stories range over a variety of topics, including the generous and undeserved welcome given to a city man who is disappointed when his move from Chicago to a small Wisconsin town doesn’t meet his expectations. In another story, a banker’s wife recovers the good will of the community after her husband loses his depositors’ money in unwise copper mine speculations.

Tone occasionally shifts to light comedy, as when a young creamery man gets himself entangled in the romantic aspirations of a farmer’s daughter, who misunderstands his idle overtures of friendship. In yet another story, there is high melodrama as a man persuades an unhappily married woman to leave her husband and come away with him. A similar story is told in Garland’s novel, The Moccasin Ranch, reviewed here a while ago.

Frontier mythology rewards hard work and determined resistance to the most challenging obstacles. Frontier history often tells another story. Settlers lured to the West by the opportunity to acquire free land found that pioneering left them vulnerable to destructive forces that could overwhelm even the strongest spirits.

That kind of spirit finds voice in the young Dakota settler in “Among the Corn-Rows.” He is proud that he earns every cent by working with his own two hands, never living off another man’s labor. On his homestead, he is free from “the cussed European aristocracy” and can be “his own boss.” As a “working farmer,” he represents a break from the “feudal past,” with its rank and privilege. “Better to be an equal among peasants,” he says, “than a servant before nobles.”

Full of self-confidence, he persuades the daughter of a Norwegian neighbor to elope with him. She is tired of being used as an unpaid hired hand, cultivating corn with a horse and plow. But their future together is revealed in another story, “Up the Coulee,” where after a few short years of marriage a man is defeated and disillusioned by the “sordidness, dullness, triviality” of a life that has lost all its former promise. For 99 percent of people, he angrily tells his visiting older brother, “life is a failure.”

Wrapping up. Born in Wisconsin, Hamlin Garland grew up among farm folk in frontier communities in what is now the Midwest. He received little formal schooling and was mostly self-educated. Main-Travelled Roads is from his first years as a writer. Over the following decades he published up to 70 titles of fiction and nonfiction, most of them appearing in Saturday Evening Post, McClure’s, and other slicks. His memoir, A Son of the Middle Border, reviewed here a while ago, was published in 1917.

Main-Travelled Roads is currently available in print and ebook formats at amazon, Barnes&Noble and AbeBooks. For more of Friday’s Forgotten Books, click on over to Patti Abbott’s blog.
Tweet