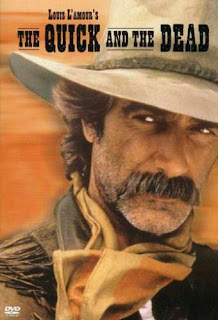 This HBO western, based on a Louis L’Amour novel, must have pleased the gun lobby. Its message is that decent people will be preyed upon by villains if they don’t arm and defend themselves. “The meek,” as one character says, “will inherit nothing west of Chicago.”