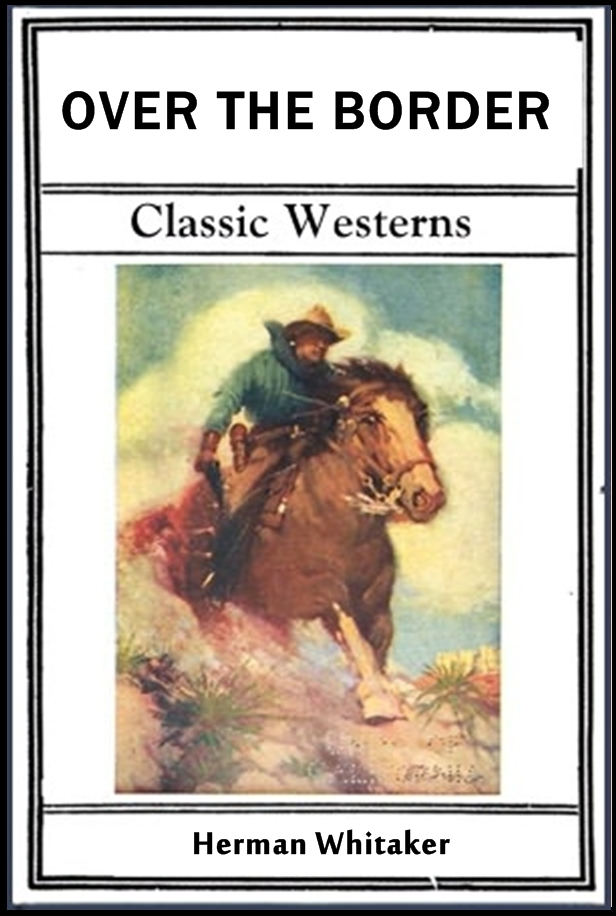 Recently I reviewed the movie based on this novel, 3 Bad Men (1926), and I was curious how one had been adapted into the other. Surprisingly, the underlying plots of both are recognizably similar. Three rustlers give up their lives of thievery when they decide to come to the aid of a young woman whose father has been killed.

Realizing that she would benefit from marriage to a better man than any of them, they go out and find one for her. Circumstances then arrange themselves in such a way that all three former thieves, now fully reformed, give up their lives to protect the young couple as they are all pursued by murderous villains.

The big difference between the two stories is that the original, in Herman Whitaker’s novel, takes place entirely in Mexico, during the revolution (1910–1920). The movie version is set in Dakota Territory, where a wagon train arrives at the town of Custer to await the opening of Indian lands to settlers, and the villains are a corrupt sheriff and his henchmen, intent on acquiring a map to a gold strike.


Plot. Whitaker makes much of the threat posed by a revolutionary leader in Chihuahua, Valles, whose soldiers roam freely over lands settled by Americans on large ranchos. Fighting federal forces from Mexico City, his soldiers “requisition” cattle and horses at will and terrorize the local peones.

The novel takes a political turn as it denounces the American government for pursuing a policy of nonintervention, holding it accountable for not protecting its citizens and their property. Eventually, when Valles is defeated in battle, his men create havoc, burning, robbing, and killing the gringo settlers.

In the final chapters, the three former thieves and the pair of newlyweds make a desperate run for the border, each thief—one of them at a time—dropping back to hold off their pursuers, and losing his life in the confrontation. It’s an exciting and suspenseful conclusion.

Romance. Much of the first half of the novel is given over to the romance that awkwardly develops between the girl, Lee Carleton, and the young man, Gordon Nevil, whom the three former thieves find in El Paso and hire on as an extra hand. He is a Princeton graduate who has come west after declining to marry a wealthy heiress chosen for him by his father.

Unaware that he’s been picked for another arranged marriage, this time by the three former thieves, Nevil does not quickly fall for the bait. One of the three, Bull Perrin, gets matchmaking advice from a widow at a nearby rancho, Mrs. Mills, who encourages a jealous rivalry between Nevil and another suitor, Ramon, the son of a neighboring rancher. This gambit derails when the girl, Lee, believes Nevil has taken an interest in a local barmaid.

Romantic clichés and conventions abound in these chapters, while the narrator recites and reinforces the usual gender stereotypes, all of it told with wearying irony and forced humor. Meanwhile, Bull falls in love with Mrs. Mills and gives up drinking so he might make a better man of himself for marriage to her.

Mexicans. Readers today will be especially struck by the novel’s harsh portrayal of Mexicans, described as a ”mixture of love and treachery, simplicity and savagery, ignorance and idealism, religious faith and gross superstition.” The revolutionaries are shown to be maliciously destructive as they loot, burn, and pillage, assaulting and killing women.

Storytelling style. While romance and sentiment weigh heavily in the novel, Whitaker is best at enlivening each opportunity for realistic adventure. Of interest is Bull’s journey with American newspaper correspondents traveling with combatants on trains, where the only room for travelers is atop the boxcars. The street-by-street attack by government forces on Valles’ revolutionistas is vividly described.

So are scenes in the embattled town as Bull is witness to chaotic confusion at the British Consulate, where among other things he hears a priest counseling a gathering of nuns who have been raped by revolutionary soldiers and are now pregnant.

Curiously, there are also several references to the movies. Whitaker notes, in one example, how two women preparing for bed would have been portrayed by a “movie-man” as a “scene with its witcheries in the way of unbound hair, filmy white, glimpses of polished shoulders.” He, however, respectfully reports only what was said without intruding behind what would have been a closed door.

Over the Border is an adventure story that takes its place among other novels set in Mexico during the long and bloody civil war that raged there in the second decade of the new century. Other examples include Dane Coolidge’s The Soldier’s Way (1917), reviewed here a while ago.

Wrapping up. British-born Herman Whitaker (1867-1919) was a homesteader in Manitoba during the late 1880s. In1895, he resettled from Canada to Oakland, California, where he befriended Jack London, to whom Over the Border is dedicated.

At the age of 35 he began selling fiction to the magazines while holding down menial jobs. Starting in 1901, FictionMags Index shows him the author of 60 short stories in the likes of Munsey’s, Harper’s, Ainslee’s, and The Popular Magazine. A collection of stories, The Probationer, was published in 1905. His first novel, The Settler (1907), was a fictionalized account of his experience as a homesteader in Manitoba. In 1907, his home became shelter for writers and artists after the San Francisco earthquake.

A number of novels followed, including his last, Hunting the German Shark (1919), based on his experience as a war correspondent during WWI. Over the Border was made into two films, 3 Bad Men (1926) and Three Rogues (1931). In the years before his death in 1919, he became an American citizen.

Over the Border is currently available online at google books and in print and ebook formats at amazon and Barnes&Noble. For more of Friday’s Forgotten Books, click on over to Patti Abbott’s blog.
Tweet

Coming up: Owen Wister and the traditional western