J. N. (John Norval) Marchand (1875-1921) was born in Leavenworth, Kansas. After high school in St. Paul, Minnesota, he worked for the Minnesota Journal, and later was a staff artist for the New York World. A painter and sculptor, he provided numerous illustrations for magazines, such as Munsey's and Outing Magazine (see more examples here), and for as many as 35 books, mostly featuring western themes and subject matter.

Below are his illustrations for several novels set on the frontier. My favorite is the faro scene from Alfred Henry Lewis's Faro Nell and Her Friends, where players cluster in a hubbub around the dealer, and in the foreground is the relaxed figure of a cowboy in leather chaps and boots, smoking a cigarette, long legs crossed, his big hat beside him on the table. 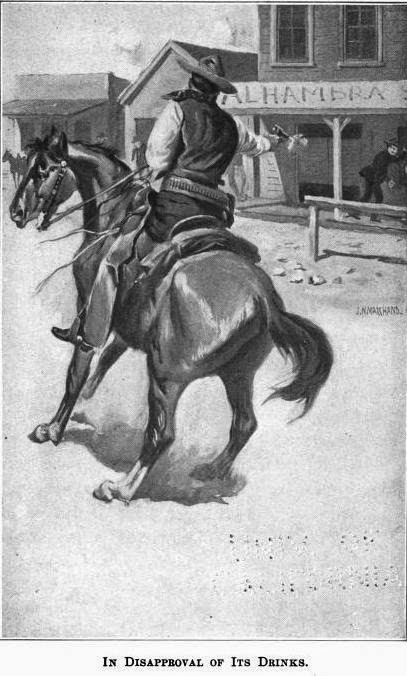 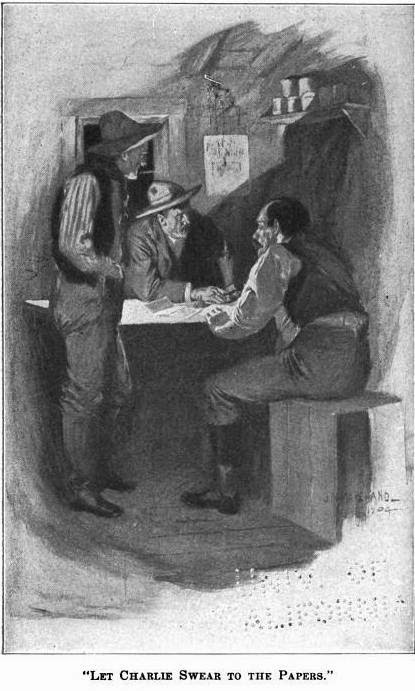 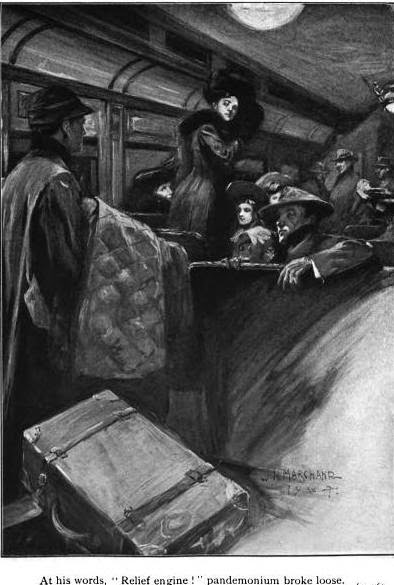 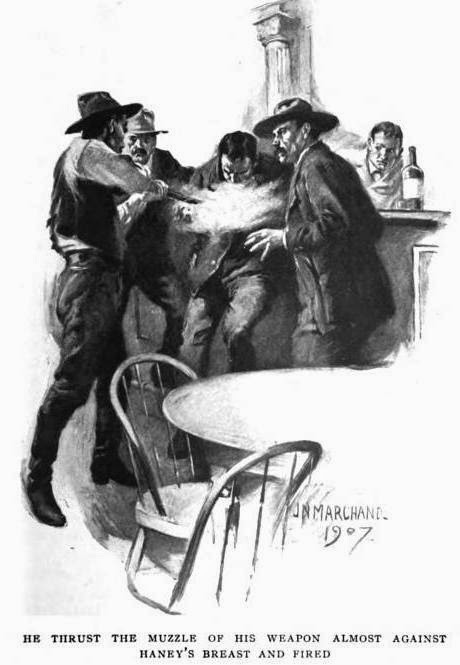 Margaret Hill McCarter, The Price of the Prairie (1910) 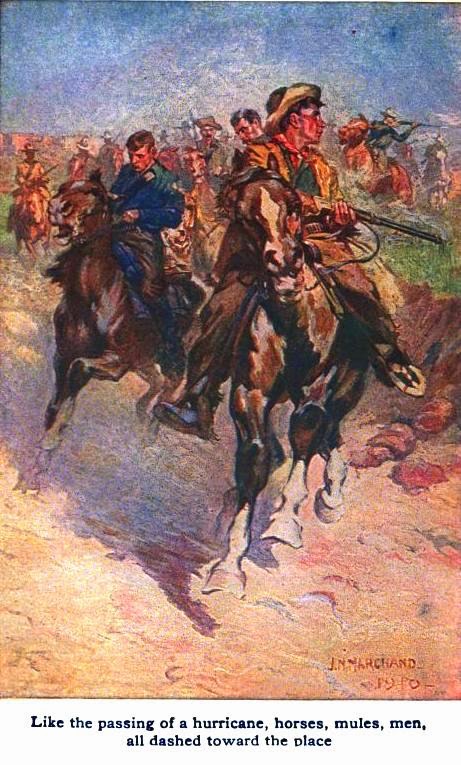 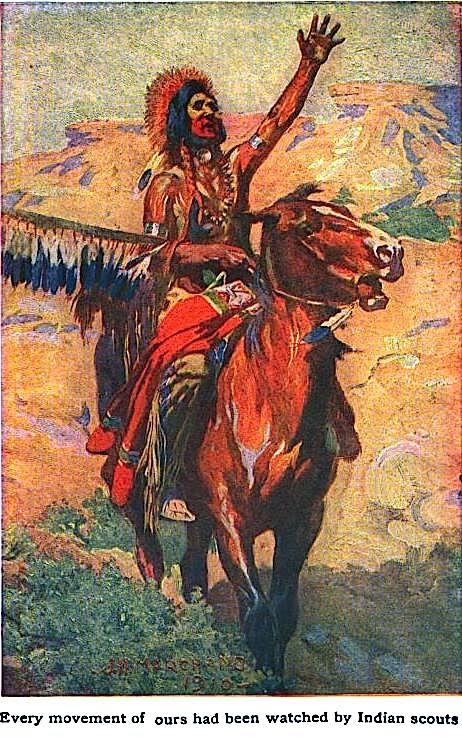 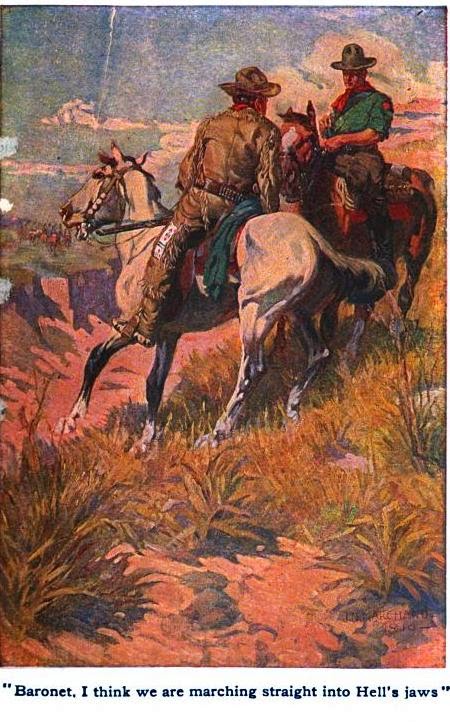 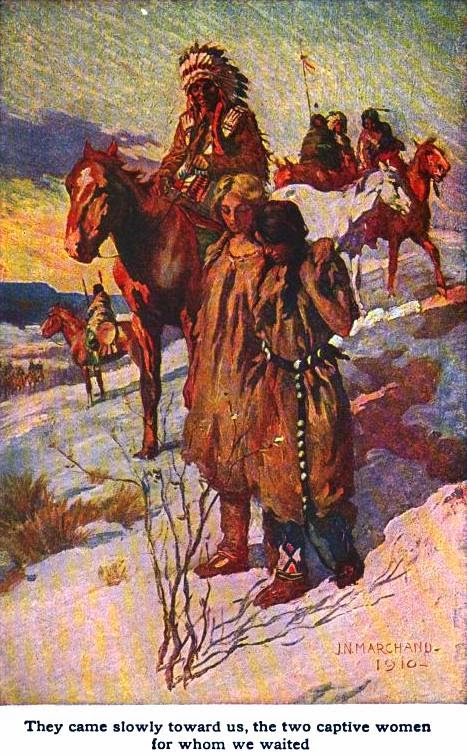 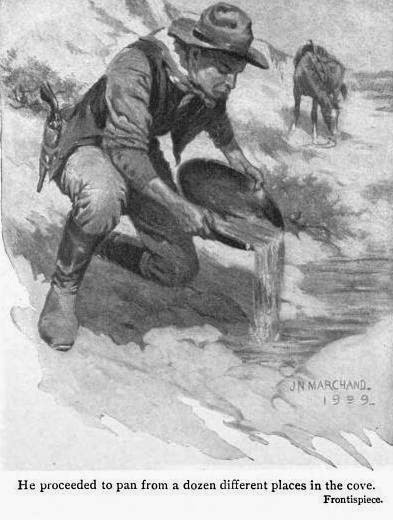 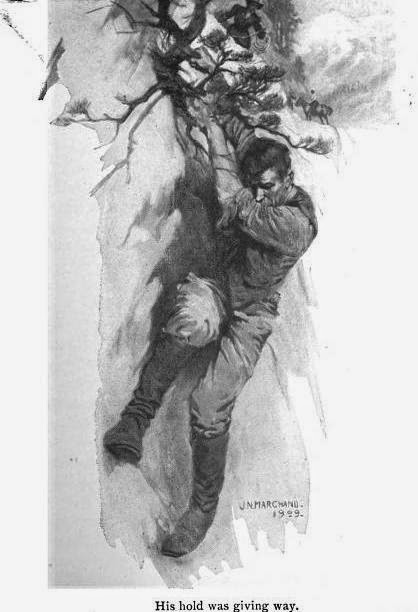 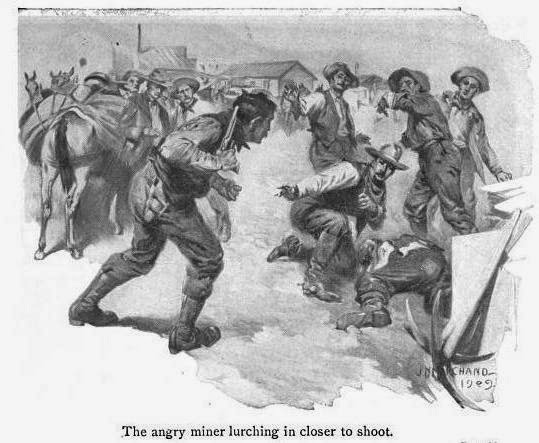 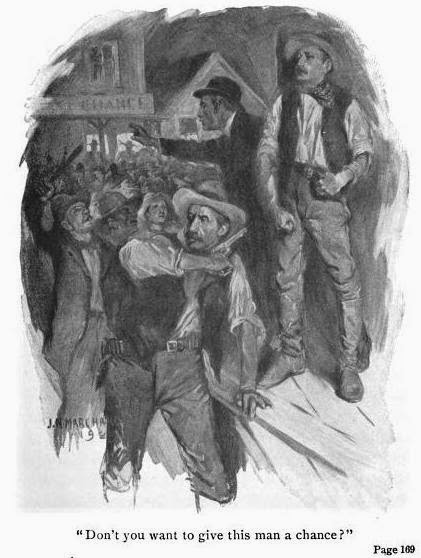 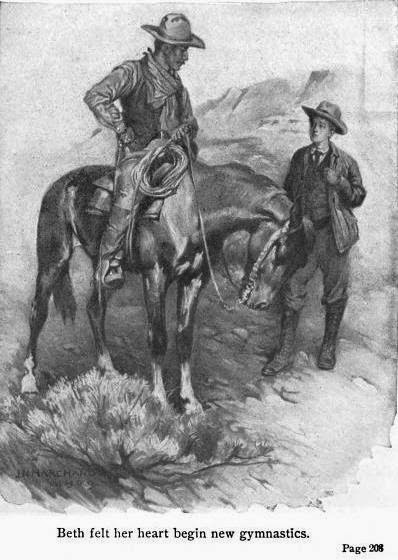 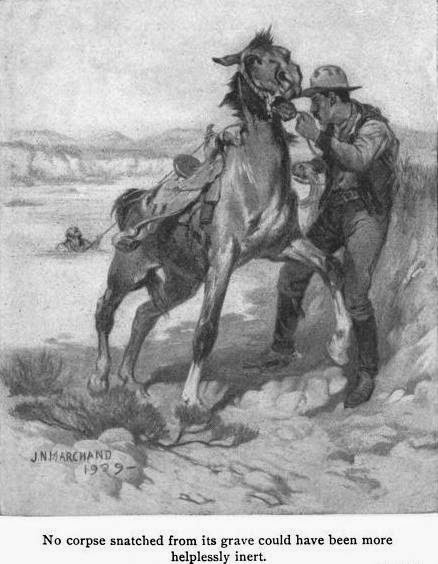 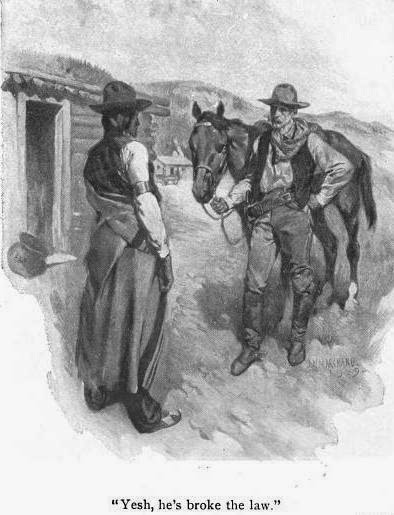 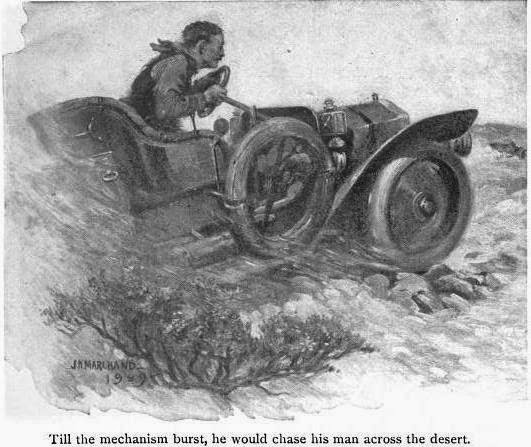 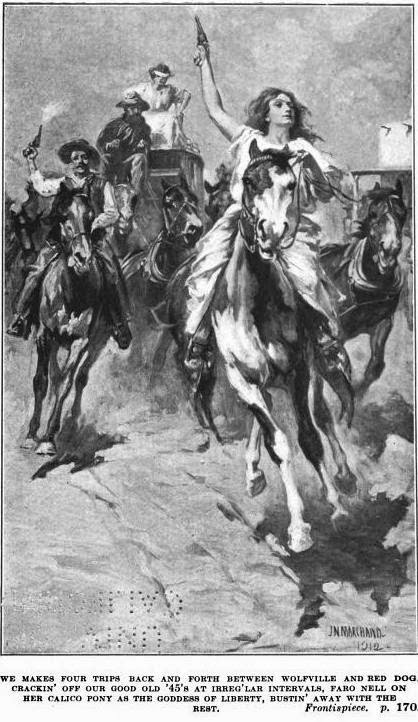 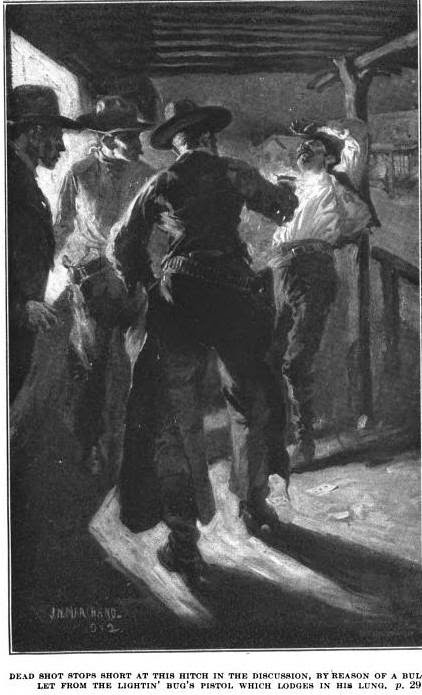 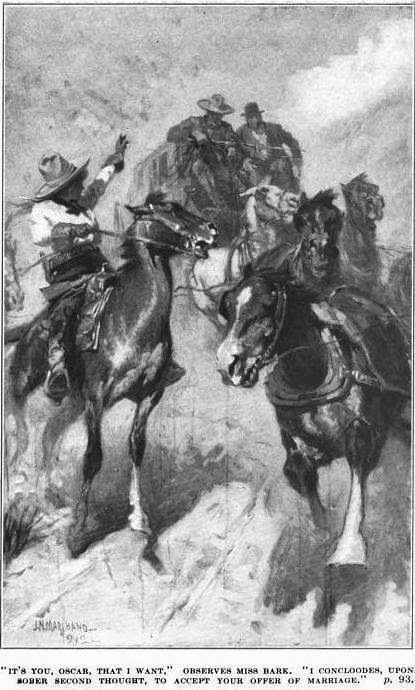 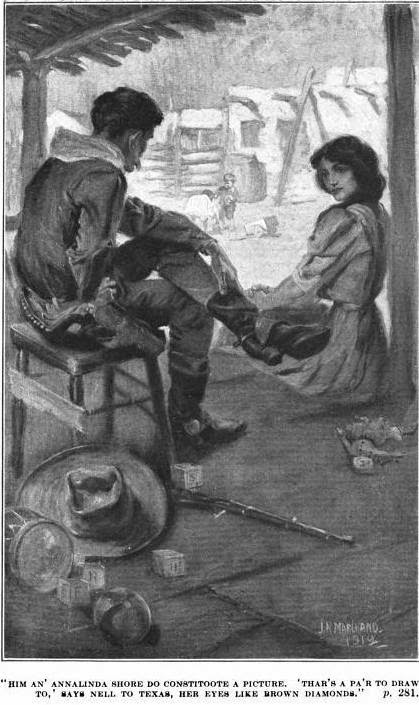 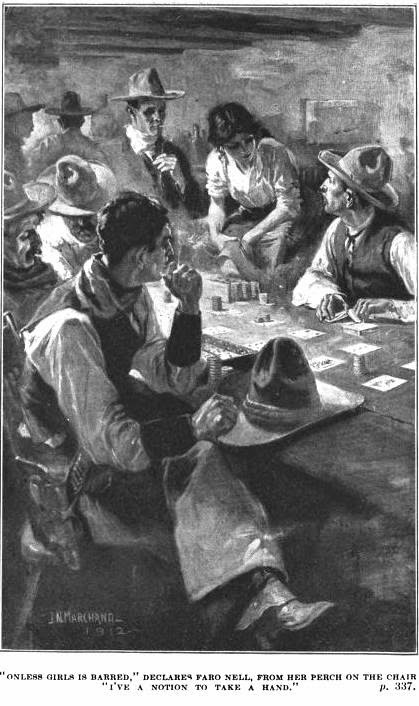 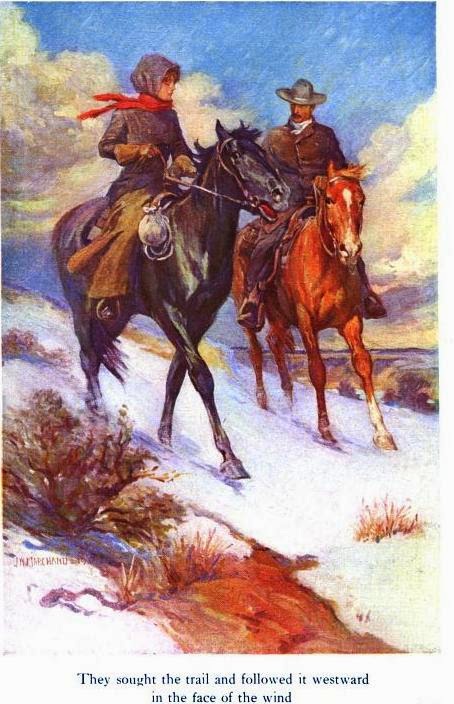 Coming up: Robert Randisi, ed., Livin' on Jacks and Queens