Turns out the dread I felt about my first infusion as I started into the drug trial at UCLA was unnecessary. Though the procedure lasted 90 minutes, it was mostly a nonevent. Dripped into my bloodstream by way of an IV was not chemo but something called a monoclonal antibody (Avastin), developed to restrict blood flow to tumors and discourage them from growing.

Already approved by the FDA for treatment of cancer, it has been shown to be effective after 6 months in 45% of cases like my own. So while the odds are roughly the same as the flip of a coin, they’re not actually that bad when you consider the alternative. Other trial participants, randomly selected as I was, receive the test drug(s), so they will fare better or worse than me—hopefully better, for the sake of all concerned, current and future. 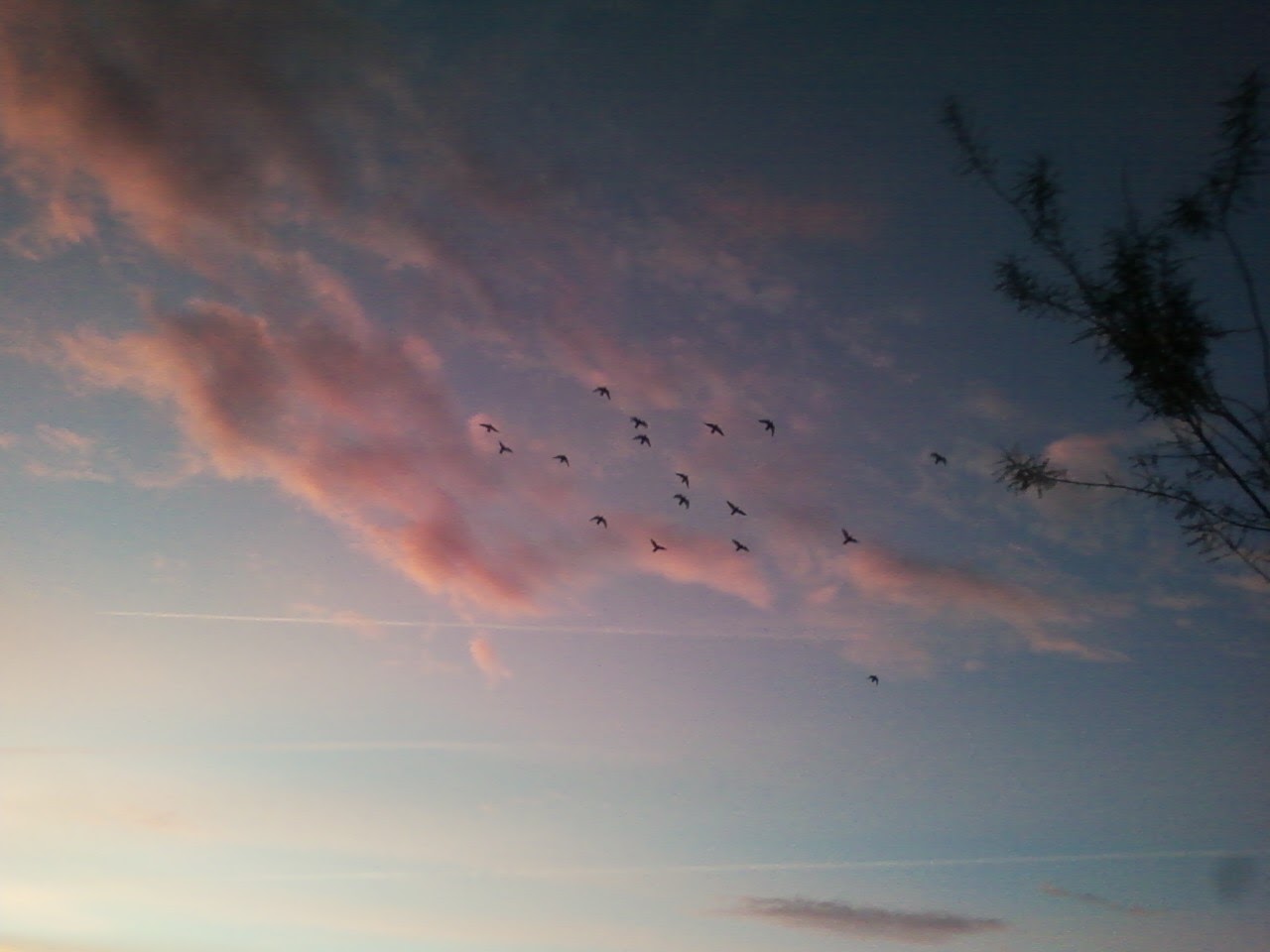 I have had to make a mental adjustment to all this. My self-obsessed reptilian brain would prefer receiving the new drugs, if there’s any chance they would improve my odds of survival. But then I consider the trade-offs. For one thing, I can’t know if that would be the case. For another, as a participant in a trial that will be reviewed by the FDA, I get a more intensely thorough level of care.

In the meantime, there’s the matter of side effects. With the Avastin, blood pressure shoots up, and there’s risk of bleeding and blood clots. Curiously, one also develops hoarseness, which for me has already started.

So, soft spoken as I am, I’ll be hearing folks asking me to “say that again, a little louder” or just plain “could you speak up?” For all that I’m happy to trade off the chemo-induced nausea, loss of appetite and taste. I can enjoy meals again, including my own cooking, and live with the other risks, as I do those of being in a car accident, badly shaken by an earthquake, or obliterated by an asteroid.

My friend and neighbor, Annette, who happens by my good fortune to be an RN, drove me there and helped shepherd me through the day, starting with yet another MRI (I’ve lost count of them and despite all the noise you’re subjected to, I can easily drift off to sleep during one). The infusion took place in a basement room of the Research Center, where I was interviewed by a super-professional nurse practitioner, who logged into my records a 73-year medical history from tonsillectomy to brain surgery. 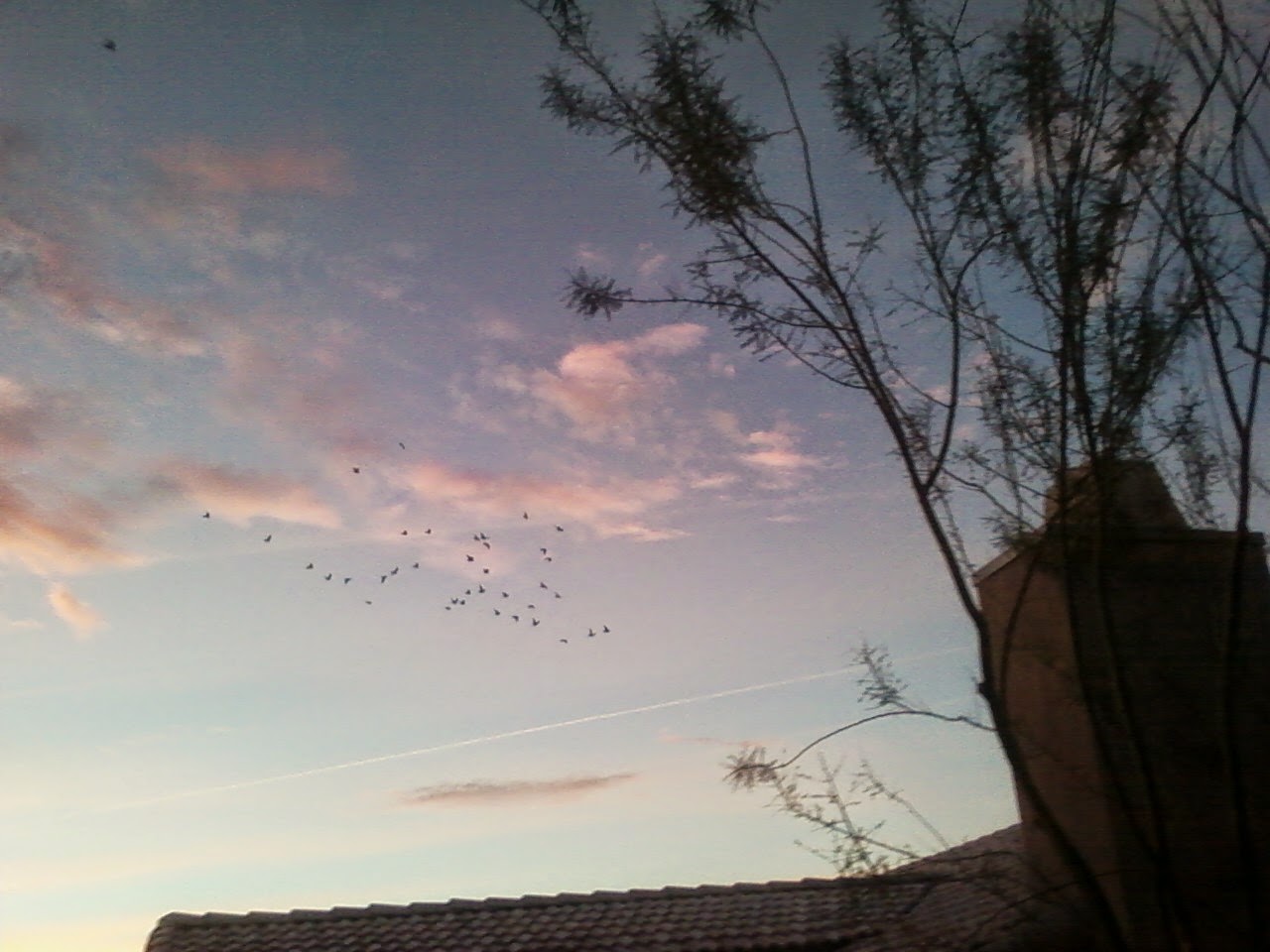 She put me through some physical paces and, discovering some weakness on my left side and loss of hearing in my left ear, declared me 90% “functional.” Again, not bad for someone who has never been all that functional generally. I return in two weeks for more labs and another infusion. Until then, I keep a log of blood pressure readings and observed side effects, reporting anything out of the ordinary by email or pager.

As a side note here, I had with me a pillow, in the event I needed one. You never know. A family friend in Pennsylvania (and retired nurse) sent me a pair of pillowslips made from a cowboy-themed pattern, which arrived the day before the trip into LA. Of course, I used one for my pillow. When I mentioned that I’d also considered wearing a cowboy hat for the day, I was told that it would be required attire on my next visit.

Meanwhile, the world continues to turn. If I’m up before sunrise, I can go outside with a cup of coffee and watch a daily aerial ballet of pigeons who swoop and swirl overhead (see photos). Their performance evokes a degree of awe, as it shows a kind of intelligence not given to most humans.

I don’t know how they know to turn as a group in mid-air. There doesn’t seem to be a leader. What keeps them from scattering in different directions? For all I know it could be love. (Cue in the Captain and Tennille, “Love Will Keep UsTogether.”) 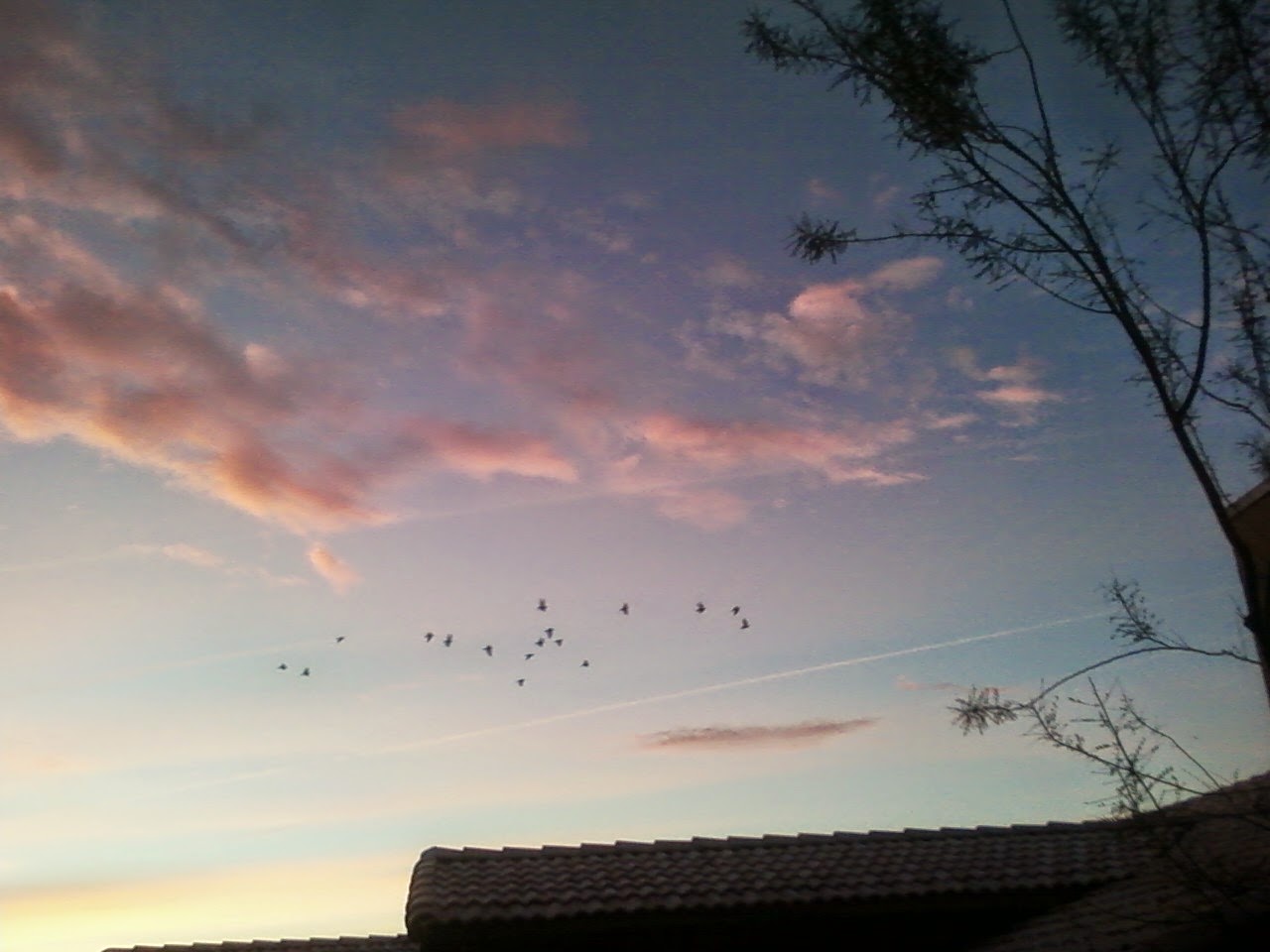 Somehow there’s another trick of theirs I can’t quite account for. With each pass overhead, there’s likely to be a different number of them. Do a count in each pic, and it’s seldom the same. I suspect they get a good chuckle in dumbfounding me with this.

The days go by, and I try to remember to make each the best possible, given my 90% functionality. One day from the past week was especially memorable. After meditating for a good long while, I spent a couple hours in the kitchen chopping up vegetables for a big pot of soup, using homemade stock and chicken.

It was a mild morning, and I opened the window, enjoying the outdoors ambience as I worked and thinking of all the people in my life, especially those coping with illness and the many who have offered me their best wishes, blessings, and prayers. My version, I guess of chicken soup for the soul.

And so it goes.

I’m closing again with a jazz video. This one simply a musical jewel from 1961 by the Oliver Nelson Septet called “Stolen Moments.”

Anyone with another favorite, let me know.