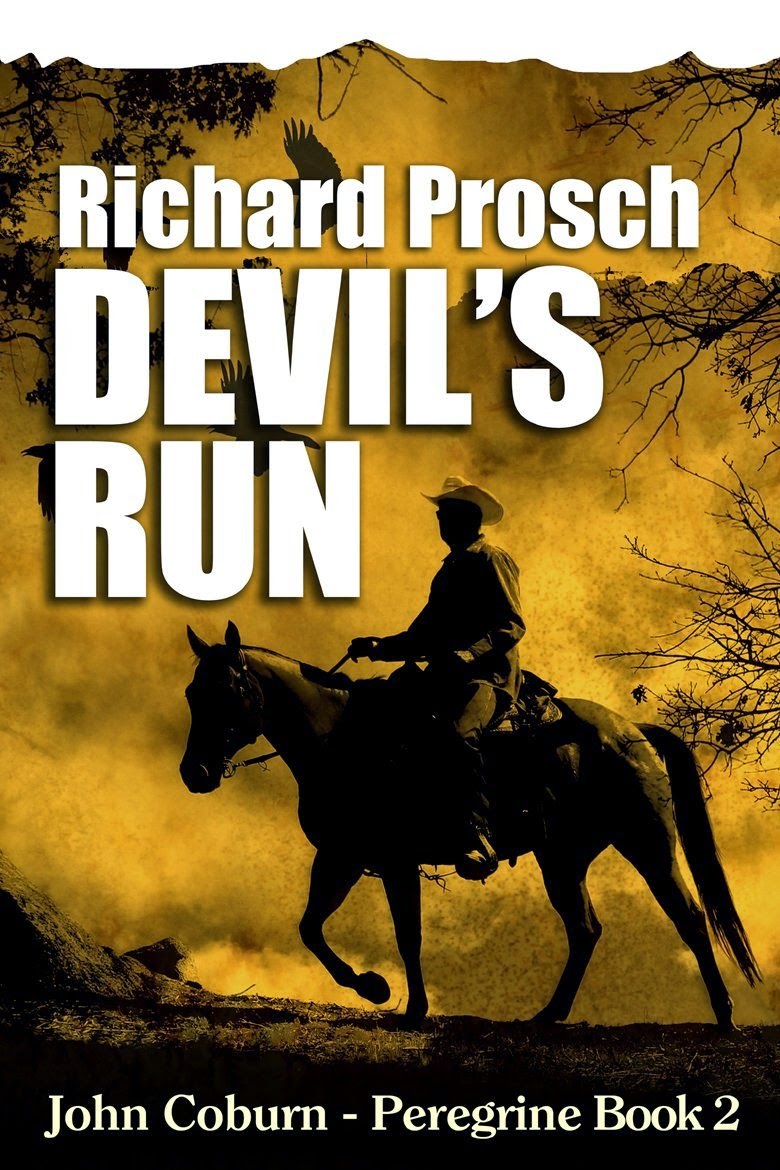 If there’s such a thing as comic violence in the western, Richard Prosch is a gentle master of it. There is shooting and fighting enough in his Devil’s Run—and work for the undertaker—but it’s a story told with a wry and barely suppressed grin.

The central character is Prosch’s “Peregrine,” John Coburn, a gun for hire who’s taken the job of escorting a man improbably named Tie-Down Sam Gustaffson, from Missouri to Nebraska, where he is to appear as a witness in a murder trial.

Family ties, however, produce an obstacle as the two men stop overnight at a river town called Bindlestick, and for a while it looks like they won’t make it out alive. They are joined in their attempt to escape by Margo Blaze, proprietress of the town’s hotel and whose bed was warmed the previous night by our man Coburn.


Suspense builds as Prosch offers an escape route dating from the days of the Underground Railroad, but escape itself turns out to be not so easy, even while the story’s villains are less than competent as adversaries—wherein lies much of the comedy.

Prosch’s storytelling sensibility is modern and ironic, but there is a nod to old-fashioned pulp fiction in the cliffhanger endings to most of the chapters. Novella-length, Devil’s Run is a swiftly told and breezy read. It is currently available in ebook format at amazon.
Tweet

BITS reviews of other books by Richard Prosch:
One Against a Gun Horde
Holt County Law
Meadows Ford Blues