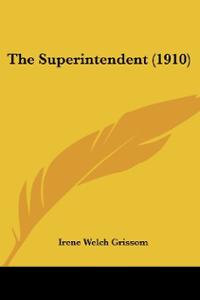 This is a temperance tale wrapped in a story of the lumber industry. The central character is a young woman who falls in love and marries a promising middle manager in a sawmill on the Washington coast. Liquor is his downfall, and when the story ends, he has committed suicide.

The superintendent of the title is the chief officer of operations at the mill. He is an exemplary administrator, thoroughly honest and decent. He mentors the young man, while making efforts to address the problem of alcohol abuse among the plant’s employees. He’s also drawn to the girl, but when he sees romance bloom for the young couple he quietly steps aside.

Plot. Sally Lane has just arrived from the plains of Kansas, where she has lost both parents and has been offered a new home by her dead mother’s friend, Mrs. Gray. Sally is enthralled by the change in scenery and the excitement of being near the Pacific Ocean. She takes an interest in the mill and gets a job keeping the books.

It’s love at first sight for Jack Haskell, who immediately begins to woo her. He is also a newcomer to the coast, sent by his family in Chicago to make a career for himself as a lumberman. Just 22 years old and far from home, he’s been living wild and free among his bachelor friends, while working as a yard foreman.

Sally hardly knows what’s happening before Jack offers marriage, giving her a ring he’s asked a previous fiancée to return. He writes home for an inheritance being held for him, and he buys and furnishes a house. On Christmas Day, the two are married. Believing him ready for the job, the superintendent gives him a big promotion.

Jack determines to put his drinking days behind him and promises Sally not to consume another drop of alcohol, but the cold, wet months of winter are too much for him. He first accepts a nip from the captain of a boat being loaded with lumber, and before long, he’s fallen off the wagon. Swearing again to stay sober, he drives himself instead like a workaholic. But before long he has a lost weekend that leaves him in abject despair. During a fierce winter storm, he walks to the harbor and throws himself into the tide.

Character. The most admirable man at the sawmill is the superintendent, whom Grissom chooses never to name. In his mid-30s, he looks every man “square in the face, steady and unafraid,” giving one “a feeling of instinctive trust.” He loves his work, transforming logs into lumber and thus “ministering to the needs of humanity.”

He not only knows lumber but possesses a mastery of himself that has given him a knowledge of human nature. Problems with workmen are quickly and judiciously solved, and he diplomatically handles their grievances. “What a splendid man,” Mrs. Gray says, “every inch of him.”


Meanwhile, the portrayal of Jack illustrates how capable men go astray when they lack the ability to exercise moderation. Jack has a sweet charm and the impulsiveness of a boy, all of which make him “head-strong and willful.” But the problem is not so much Jack’s mix of personality traits. It’s easy access to alcohol.

Mrs. Dane, a manager's wife, subscribes to Emerson’s call to self-reliance. “A drinking man,” she says, “is not, and never can be, a wholly responsible person.” She advocates prohibition as a way to remove temptation for those too weak willed to resist. Mrs. Gray disagrees. She doubts that workmen will accept any restriction of the liquor trade as an infringement of their individual rights.

Women. Grissom holds her women to a high standard of behavior. She expects them to be compliant and endlessly cheerful. In marriage they must be steady, patient, and dutiful to their husbands—not only forgiving but worshipful. Nothing, including Jack’s weakness for strong drink, shakes Sally’s devotion to him. She sticks by him, no matter what, even while alcohol is his ruin.

In moments of both awe and distress, Sally feels close to God. The superintendent observes in her a “hushed reverence,” revealing a “spiritual nature” that he finds lacking in other women. Exuding innocence, we are told, “she glowed with vivid life and intense joy of the moment, that clothed her with radiant beauty” (p. 48).

She has one friend, the unmarried Harriet, who teaches first grade. Playful as a child herself, she is unreserved and energetic. Determined to find everything cause for hilarity, she doesn’t permit a depressing thought to enter her mind. On a trip to Los Angeles (a fitting destination), she passes through San Francisco, recently devastated by earthquake and fire, and hardly pauses to take notice.

Romance. As a romance, the novel is rather a cautionary tale. Like other unhappily wed heroines in the frontier novel, Sally gets led down the primrose path. She is too much the ingénue to suspect Jack’s advances. For his part, he simply desires her and at his first opportunity kisses her

not once but many times, her firm, dimpled chin, her beautiful mouth, and sweetest of all, her soft, white, fragrant throat. “I love you so much,” his voice was vibrant with a wonderful tenderness, “My Sally, my dearest, you must love me just a little. Don’t you, sweet?”

Growing up in a prohibition town in Kansas, Sally has had no experience with inebriation or drunkenness. While any reader can see problems of all kinds with Jack, she remains blissfully unaware of them. He’s hoping marriage will be the magic cure for him, but before a few months have passed, he’s grown restless and desires more excitement than quiet evenings at home. And so he ventures onto the slippery slope that leads finally to his watery end.

Style. Grissom writes in a melodramatic narrative style that is often given to idealistic extremes. A search of the text reveals repeated use of the word “beautiful” (54 times), “joy”(42), “perfect” (23), and “merry” (23).

Occasionally she grounds the story in realistic description of the lumber mill’s operation. The newly arrived heroine is taken on a walking tour of the company’s plant. However, her visit there is interrupted by an accident, when a workman falls into a saw and is killed. Quickly spirited away, Sally and we are spared the gruesome details.

Wrapping up. The novel was published by Alice Harriman, whose publishing company originated in Seattle in 1907. Irene Welch Grissom (1873-1946) was born in Greeley, Colorado, and graduated from Colorado State Teacher’s College. She lived variously in several western states and Canada, finally settling in Idaho. Novelist, magazine writer, poet, and entertainer, she was appointed poet laureate of Idaho in 1923.

Grissom published one other novel set in the Pacific Northwest, A Daughter of the Northwest (1918). The Superintendent is currently available online at google books. For more of Friday’s Forgotten Books, click on over to Patti Abbott’s blog.
Tweet