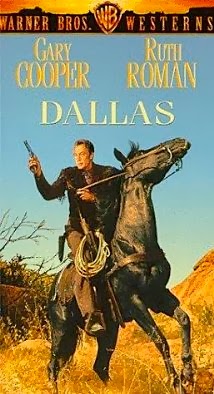 I’ll start with the one good thing I can say about this muddled western—Gary Cooper. His face is often the only sign of life on the screen, while the clichés, crazy plot turns, and groaners pile up around him.

Plot. The plot of this film is not so much contrived as simply a chopped salad of worn out story ideas from B-westerns. It’s a confusing mix of revenge, switched identities, a love triangle, a Confederate colonel who has never surrendered, the theft of a ranch, rustlers, a villain pretending to be an upstanding citizen, a sociopath killer, and lots of shooting and chases on horseback.

With several characters pretending to be someone else or someone different, I was often unsure about who knew what about whom. I admit, it was late in the day and I was not at my sharpest, but it was all more than I could keep track of.

Cooper. I give the guy credit for holding his own in this one. As long as Cooper was on the screen, a scene seemed to be clear, even when it wasn’t. I finally just took to watching him, as you do when a situation is puzzling and you look for someone who acts like they know what’s going on.

An unexpected twist involved a black cat that we see Cooper absently petting for a while—something I don’t recall ever seeing in a western before. It seemed like a wonderful throw away detail, even as the cat appears on a windowsill next to Cooper during a gunfight. Then the script has him step on its tail to get a reaction out of the other man. A long build-up to a cheap trick. Argh.

A viewer might argue that the film is meant in part to be a comedy. It opens with a gun duel in the street between Wild Bill Hickok and Gary Cooper’s character. It’s an attention grabber if we know that Hickok died in Deadwood, playing cards. But Cooper is the star of the movie and can’t expire in the first reel either. Though shots ring out and Cooper drops to the ground, looking dead, it turns out to be a ruse. Not all that clever, but it gives you hopes for a movie that never quite lives up to that moment again.

Two stars. Raymond Massey plays one of the film’s villains. I don’t know his early work, but in later years, Massey never seemed to have much range. The grumpy Dr. Gillespie on Dr. Kildare is how I remember him, and we don’t get anything different from him in Dallas. Leif Erickson is cast in the bewildering role of a U.S. marshal from Boston who wears a top hat and cannot shoot a gun. 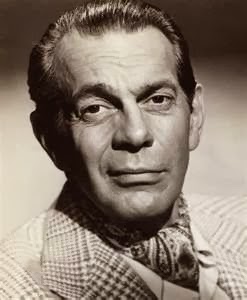 A lovely Ruth Roman plays the daughter of a Mexican landowner. She does as much as anyone could to making sense of a part that calls for her to first fall in love with Erickson and then with Cooper. When Cooper first meets her, he is already pretending to be her fiancé Erickson. To prevent her from blurting out the truth, that she’s never met Cooper before, he clamps her mouth shut with a big kiss.

Used to the logic of Hollywood movies, I guess, she is nonplussed. The story might have been interesting if her role were written closer to the reality of a ranchero’s daughter of the time—that is, living a sequestered life far from contact with men. Cooper’s kiss would have sent her into complete mental and emotional collapse.

Wrapping up. Veteran Hollywood writer John Twist has the screenwriting credit for this “oater,” as it would be deservedly called. Stuart Heisler directed. Both of them (along with Massey) graduated to TV work as the new medium took over the living rooms of U.S. households. The film was shot in color on movie ranches in Chatsworth and Calabasas, California.

For Gary Cooper fans, Dallas is currently available at netflix and amazon. For more of Tuesday’s Overlooked Movies and TV, drift on over to Todd Mason’s blog, Sweet Freedom.
Tweet