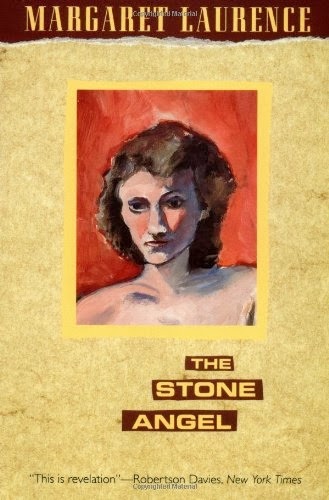 Reading this novel about a 95-year-old woman from a prairie town in Manitoba, I kept thinking of how seldom frontier fiction tells the stories of frontier women. The genre has so long relegated them to the sidelines of action-adventure stories about men, it seems not even odd to find them mostly missing from the panoramic narrative of the West.

Hagar Currie in Margaret Laurence’s novel shows what it might have been like to enrich that picture with stories reflecting lives actually lived by women on the frontier. Named for the slave of Abraham and the mother of his son Ishmael in Genesis, Hagar has all the grit and survival instincts of her biblical counterpart. She is as much a feature of the western landscape as any adventuring man who has fetched up there.

Plot. The novel is more a character study than a story with beginning, middle, and end. It has all those, actually, but not in chronological order. As memories of the past crowd into Hagar’s awareness of the present, we are able to piece together the circumstances and the sequence of events that have shaped her as the person she has become.

These are dominated by the men in her life: her father and brothers, her husband, her two sons. Her mother, dead in childbirth, is an unknown, commemorated in the novel as a sightless stone angel in a cemetery overlooking the town of Manawaka, where Hagar’s father is a merchant and storekeeper.

Against his wishes, Hagar marries a widowed homesteader, Bram (cf. Abraham) Shipley, and gives birth to two sons, one of whom, John, she much prefers to the other. Aching for independence, she leaves Bram, taking John with her westward to a housekeeping job for a wealthy man in Vancouver.


Theme. Independence, however, has its disappointments, as John returns in time to live with his ailing father, and in her old age Hagar finds herself caught between her well-meaning son, Marvin, and his feather-brained, querulous wife Doris, who is pressuring Marvin to put Hagar in a nursing home. The overall arc of the novel concerns Hagar’s life-long desire for independence—for herself and her favorite son—gradually eroding as accident and circumstance take their toll.

While reading The Stone Angel, I was often reminded of Horton Foote’s play, The Trip to Bountiful, brilliantly brought to the screen by Geraldine Page and John Heard in 1985. Both women have been betrayed by their expectations of life. But while Foote’s character struggles with the loss of independence, deepened by nostalgia for the past, Hagar remains flinty and judgmental. She is well defended behind a wall of self-regard—a stone angel herself.

This is not a theme specific to gender. We are used to seeing the need for freedom and independence as a driving force for men in the western novel and western movies, where its defense typically requires the use of firearms or fists. A woman’s version of that theme can play out very differently, but with the same urgency, as this fine, well-written novel demonstrates.

Wrapping up. Canadian writer Margaret Laurence (1926-1987) wrote a series of novels set in fictional Manawaka, a town like her birthplace in Neepawa, Manitoba. A much-respected writer of Canadian fiction, she twice received the Governor General’s award, Canada’s highest literary honor. The Stone Angel was made into a film starring Ellen Burstyn in 2007.

The Stone Angel is currently available in print and audio formats at amazon, Barnes&Noble, Powell’s Books, and AbeBooks. For more of Friday’s Forgotten Books, click on over to Patti Abbott’s blog.
Tweet