I have an above-average appetite for novelty, but I have changed my blog design little since I first started blogging two years ago. The banner photo and the language there have stayed the same, and I like it that way. I don't change my self-pic either. Maybe it turns out that I also have an appetite for continuity.

Anyway, this past week I took down a "feature" that has been there from day one, an image-of-the-month that has appeared just to the left. Gradual additions over time to that column began to suggest "clutter" to me, and I decided it was time to take something down. So the cover of a Gabby Hayes comic book that started the month of March is now gone.

Today I'm posting a reprise of the images that have appeared in that spot, as a kind of farewell and a celebration of almost two years of taking up blog space with these disparate western interests of mine. Here they all are: 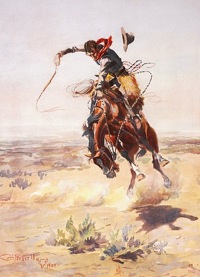 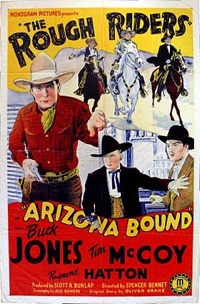 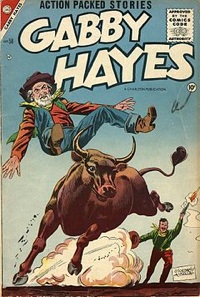 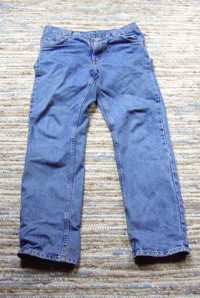 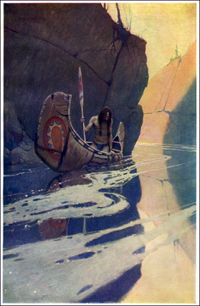 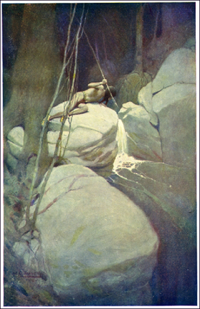 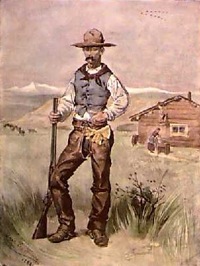 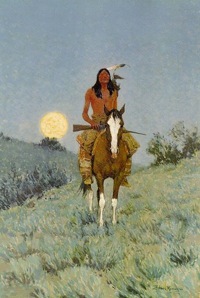 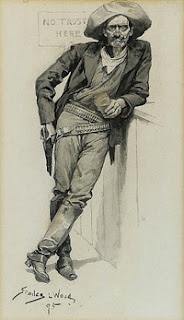 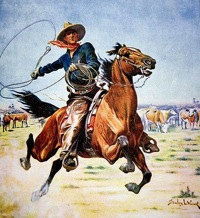 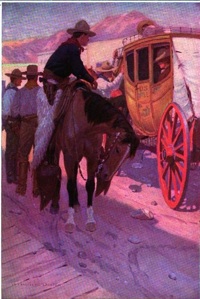 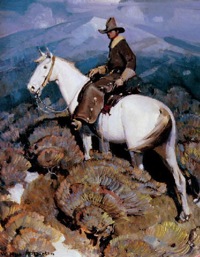 Finally, a big thanks to everyone who has followed these ramblings and extended to me a friendly hand across cyberspace. I have enjoyed getting to know all of you and appreciate the encouragement you have given me.

Coming up: Robert Ryan, Day of the Outlaw
Posted by Ron Scheer at 6:00 AM