John Sayles, A Moment in the Sun 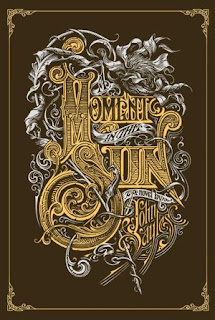 This will be the briefest review of one of the longest books I’ve ever read. At 955 pages, Sayles’ novel set at the turn of the last century comes in just short of Larry McMurtry’s Lonesome Dove. The difference between the two is that there’s not a single long-winded passage in Sayles. And there’s more packed into it per square inch even than McMurtry’s multi-character, multi-plotted cattle drive novel.

Like Lonesome Dove, I read this one because it comes square in the middle of a historical period I’ve been interested in. Taking place between the years 1897 and 1902, it portrays a moment in American history when the frontier had closed and the country took its first steps toward empire with the Spanish-American War.
The novel is largely about that war, a small part devoted to the adventure in Cuba and a much greater part to the war in the Philippines. There we are treated to points of view from three sides, white troops of volunteers, black U.S. Army troops, and the “insurgents” fighting them. And all of it is set in the larger context of life back in the States.
I can tell you the names of the handful of soldiers whose lives we follow with considerable intimacy from start to finish. But I can’t keep a mental list long enough to recall the host of other characters whose lives weave in and out of the rest of the narrative. Still, they are drawn with such clarity, I came to feel utterly familiar with every one of them.
To a great extent, the novel is about race relations. While two young black men take up arms to fight in the War, their families back home experience the convulsive upheavals that followed so-called Reconstruction in the South. We get the story of the “recapture” of Wilmington, North Carolina, as whites forcibly take an election away from the blacks and cause their flight to the North.
There’s much also about working people and the poor. We are witness to grinding, low-paid physical labor. One example being the work involved in the removal and disposing of dead horses from city streets. There’s work in the mines of Colorado and women working in sweat shops and scrubbing floors in mansions. And there’s child labor, as homeless boys hawk newspapers on curbs and street corners in Manhattan.
There’s also a glancing focus at the media itself as editors, correspondents, and cartoonists shape and sensationalize the news for public consumption. And one character is entranced by the possibilities of a new invention that takes moving pictures. One of its first uses is to film reenactments of battle scenes showing U.S. troops abroad.
Historical figures walk the pages of the novel, among them the boomtown entrepreneur, Soapy Smith. We visit cigar factories in Tampa Bay, a military fort in Missoula, and the gold rush town of Skaguay, Alaska. One of the most absorbing chapters takes place entirely within a prison in upstate New York on the day President McKinley is shot at the Pan-American Exposition in Buffalo.
It’s the kind of book you can go on and on about, particularly when you know that you’ll probably never persuade another person to read it because of its length. And what’s ironic is that it’s so well suited to readers with short attention spans. Its 100-plus chapters are each like a tightly written short story. You can pick it up anywhere and read one without needing to know what came before it.
Set in another context, this novel covers the years leading up to the publication of Owen Wister’s The Virginian (1902). It’s curious and maybe telling that at a time of war abroad and political assassination at home, this romance of the Old West became a best seller.
A Moment in the Sun is currently available at amazon, AbeBooks, and for kindle and the nook. John Sayles also has a recent movie, Amigo (2010), about Americans troops in the Philippines, which is available at netflix.
Image credits: Wikimedia Commons
Coming up: Warner Baxter, In Old Arizona (1928)
Posted by Ron Scheer at 7:54 AM