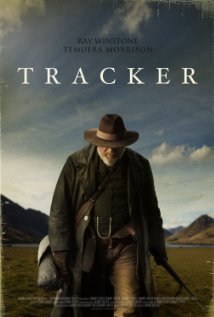 I’m calling this a western even though it was shot and takes place in New Zealand. It has most of the elements of a good western—sweeping unpopulated landscapes, guns, horses, immigrants, soldiers, and natives. It’s 1903; the story is of searchers on the trail of a man wanted for murder; there’s plenty of action, and most of it happens outdoors.

Plot. British actor Ray Winstone plays a South African veteran of the Boer War, fetching up in New Zealand and looking to start a new life. An Afrikaner fighting the Brits, he’s lost everything, including wife and daughters.
After an incident involving the accidental death of a British soldier, he volunteers to track down a Maori (Temuera Morrison) believed to have done the killing. He accompanies a small contingent of mounted soldiers until parting company with them and striking off on his own into the heavily forested, rugged terrain.
Eventually, he catches up with the man, only to lose control of him, regain the upper hand, and lose him again. Captured once more, the Maori tells of witnessing the humiliating death by hanging of both his father and grandfather. He is intent on escaping that final indignity for himself.
The search party, with another tracker, catches up with them, and Winstone has begun to feel a bond with this man whose people have also been subdued by the British. In the final scenes he makes a desperate attempt to save him from the gallows.
The film joins a long series of movies about fugitives and pursuers. The Searchers is another that comes to mind, and director Ian Sharp comments in an interview that he had John Ford in mind as he shot this one.
Wrapping up. Ray Winstone and Temuera Morrison are an excellent pairing. Known in this country for his roles in Once Were Warriors (1994) and Broken English (1996), Morrison is a strong, animated presence on the screen. Which is saying something given Ray Winstone’s thuggish bulk and dark silences.
Viewers craving constant action may find this film a little slow-going, but there is excitement to be had in both the concentrated matching of wits and the sudden surprises. A stunt involving an unexpected plunge from a cliff edge into a swollen river is heart-stopping.
Tracker is currently available at netflix and amazon. Tuesday’s Overlooked Movies is the ongoing and much-appreciated enterprise of Todd Mason over at Sweet Freedom.
Photo credit: Wikimedia Commons

Coming up: Nik Morton, Bullets for a Ballot
Posted by Ron Scheer at 6:00 AM