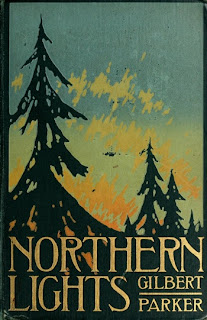 Canadian-born Gilbert Parker (1862-1932) was already a well-known writer of popular historical fiction when this collection of stories was published. Two novels had made the top-ten bestseller lists during the first decade of the century, one of them The Weavers (1907) for two years running. Though Parker lived much of his life in England, his fiction was devoted mostly to his native Canada

Setting. In this collection of 17 stories Parker takes readers westward and northward to the far frontiers of the land. They take place in what he refers to as the Saskatchewan valley. The watershed of this eastward flowing river system constitutes a large swathe of the provinces of Alberta and Saskatchewan.

It is prairie land, thinly populated, with its earliest settlement embedded in the history of the Hudson Bay Company. The enforcement of law and order is in the hands of the Royal Northwest Mounted Police. The people to be found here include Indians and mixed bloods.

Themes. Guilt and innocence are a common theme in the stories. In “The Stroke of the Hour,” a man is about to be executed for a crime he didn’t commit. A messenger with a reprieve for the man is found, afoot in the snow, by a young woman. She contrives to delay him because the condemned man had once married, then deserted and caused the death of her sister. Having purloined the reprieve while the man naps, she thinks better of what she’s done when he’s gone and takes a perilous shortcut across frozen lakes to deliver the document herself.

In “Buckmaster’s Boy,” a father is bent on revenging the death of his son, believed to have been shot over a game of cards. When another man, Sinnet, attempts to prevent him, the father is overtaken with rage and stabs him. With his dying breaths, Sinnet then confesses that he himself was the killer, having intervened in what was a drunken fight over a woman.

The wilderness is often an important part of the plot. Many stories are set in the snowbound winter months, and characters are forced by circumstances to risk their lives in the snow and cold, or in the very teeth of blizzards. But the hazards of life in the West are outweighed by its salubrious effect on health and the human spirit. People are said to thrive out here, away from the “quiet circle of civic routine and humdrum occupation” back East which produce sickness of both body and soul.

Character. Where we find them, men of courage and principle tend to wear the uniform of the Mounted Police, who figure in several stories. Here is his description of Sergeant Foyle in “The Error of the Day”:

He had frightened horse-thieves and bogus land-agents and speculators out of the country, had fearlessly tracked down a criminal or a band of criminals when the odds were heavy against him. He carried on his cheek the scars of two bullets, and there was one white lock in his brown hair where an arrow had torn the scalp away as, alone, he drove into the Post a score of Indians, fresh from raiding the cattle of an immigrant trailing north.

But Foyle is not without his complications. An observer notices the stirring of “pools of feeling far down in the depths of a lonely nature.” He is deeply troubled by a moral dilemma, forcing him to choose between duty and family loyalty.

Villainy. Parker tends to be more interested in bad guys than good guys. For him, character faults make more interesting characters. The wilderness as a shaper of character can coarsen and brutalize men. Limited social resources in the West send some men’s lives off the rails, as they are ruined by drink and gambling, and some of them turn to crime and violence.

Yet it’s not exactly a black and white world for all that, as we learn when Parker explores the psychology of the morally compromised. While some of his villains are simply hard-hearted thugs and lowlifes, “The Whisperer” gives us a millionaire railroad magnate, Henderley, living high on his ill-gotten gains.

Henderley has done “cruel and vicious things” without the slightest remorse, but other men in the story experience guilt for being his henchmen. Roger Lygon, suffers plagues of conscience for setting a fire that caused the accidental deaths of three people. Crime has degraded him, the narrator says, but it has not hardened him.

His accomplice, Nic Dupont, is another matter. He’s forgotten any misgivings he might have felt. Greed now motivates him, and he embroils Lygon in a scheme to blackmail Henderley. When Lygon backs out of the deal, the craven Dupont is so enraged he tries to kill him. As the story is told, each of the three men represents a different condition of the criminal mind.

Style. Parker’s stories are strongly plotted, relying often on coincidence for their twists and turns, but with enough psychological depth to his characters to make them engaging. His stories find a measure of romance in the extremes of climate and the drama of a social world where there are fewer restraints on human behavior.

Most of the stories acknowledge a gender divide on one side of which are unprincipled and unpolished men, while on the other are women setting a higher example. Some men take advantage of them, while others are inspired to finer qualities of character. Romantic love is seldom a prominent theme, and it is rarely used as a way to resolve a plot.

Wrapping up. Traveling to Australia in the 1880s, Parker worked as a journalist for the Sydney Morning Herald. After marriage to a New York heiress, he emigrated to London, where his fiction, set in Canada, was well received, and he served as a Member of Parliament, 1900-1918. He was knighted in 1902, and during the years of WWI headed a large propaganda organization aimed at enlisting support for Britain in America.

FictionMags Index lists about 40 of Parker’s stories published 1893-1908 in mostly slick magazines. He is chiefly celebrated for his early fiction about French Canadians, starting with his collection of stories Pierre and His People (1892). Adapted to the stage as Pierre of the Plains (1908), it was made into a film in 1914 and again in 1942. Several other stories appeared as stage plays, and more than 20 were adapted to film, mostly during the Silent Era.

Northern Lights is currently available online at google books and Internet Archive and for kindle and the nook. For more of Friday’s Forgotten Books, click over to Patti Abbott’s blog.