Casual Friday: A year of books 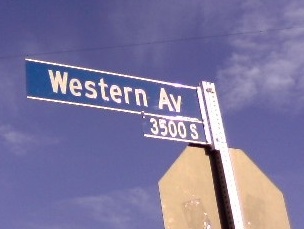 I had a birthday this week. Following the example of Charles Gramlich, I decided to consider the past year in terms of the books I’ve read.

Twelve months ago, I was reading a mix of books about the West and translations from Arabic. Mid-year, I started this blog about pre-Hollywood western writers. So, below I’m listing a baker’s dozen that I liked the best from before and after heading down "western avenue." The titles are in alpha order because it would be too hard to rank them. They’re all “5-stars”:

Arabesques by Anton Shammas
I flat out loved this book from page one. Above all it is a celebration of storytelling itself, as its free-associating narrator weaves together an intricate pattern of stories that make up three generations of family history. The overall narrative jumps backward and forward in time, making connections between incidents and people across decades. Meanwhile, 20th century history is rapidly redrawing the map where it all takes place – its Arab characters inhabiting a village that finds itself after 1948 part of the new state of Israel.

Arizona Nights by Stewart Edward White
This 1907 book is a series of campfire stories told by several cowboys who work together for a ranch owner in southeast Arizona. The stories are of various kinds, ranging from personal experiences to tall tales to a real pulp-style adventure. Linking them together are descriptions of the Arizona desert and a long, detailed description of an open range roundup. The unnamed cowboy narrator captures the rhythm of the work and the feelings that go along with it – the excitement, the exertion, the exhaustion, the camaraderie.

Breaking Smith’s Quarter Horse by Paul St. Pierre
This entertaining novel is set in the 1950s in “Cariboo Country” of central British Columbia. First published in 1966, it is full of quirky ironies and self-deprecating humor I can only describe as “Canadian.” Smith is a small rancher, with  horses, Herefords, and hayfields in a mountainous area known as the Chilcoton. He gets involved in a murder trial in which the defendant is an Indian.

Cattle, Horses and Men by John H. Culley
An excellent memoir and reminiscence of frontier ranching and cowboying, loaded with Old West information and written gracefully and intelligently by its author. John (Jack) Culley came out West from a wealthy family in northern England, and at the age of 30 he was already range manager at the massive Bell Ranch in northeast New Mexico. The book was first published in 1940, so Culley is looking back over a half century of history.

The Cowboy Humor of Alfred Henry Lewis
This is a modern-day anthology of stories taken from three books c.1900 by Lewis. The narrator is an old Texan known only as “the Cattleman.” His humorous yarns are usually about the dozen or so colorful characters who live in or pass through Wolfville, a frontier town not unsimilar to Tombstone, Arizona.

Death and the Dervish by Mesa Selimovic
This classic novel, written during the Soviet era in Yugoslavia, is set in an unnamed city that seems to be 17th-century Sarajevo. Its narrator, Sheikh Ahmed, is tormented by his emotional conflicts, and much of his account of himself reads like Edgar Allan Poe. For 455 pages the reader is immersed in the twists and anxious turns of living in a police state and under the thumb of an oppressive foreign power.

My Father's Paradise: A Son's Search for His Family's Past by Ariel Sabar
The American son of a Kurdish immigrant family in Los Angeles reconstructs his grandparents' and his father's lives in northern Iraq and Israel. His father, by chance, becomes the world’s authority on ancient Aramaic, which was spoken until modern times in his village. Besides a fascinating biography, it is also about the deepening relationship between a father and his grown son. Blew me away.

An Obituary for Major Reno by Richard S. Wheeler
This well researched historical novel gives an account of Major Marcus Reno, one of the commanding officers with Custer at Little Bighorn. The loss of Custer and the scale of the defeat led almost immediately to finger pointing, and Reno found himself to blame. The mixture of character flaws in an otherwise commendable officer led to his eventual discharge from the Cavalry. He spent the rest of his life trying to regain his lost honor. Richard Wheeler tells his story with a remarkable appreciation for a difficult and complicated man.

The Outlet by Andy Adams
Adams had been a cowpuncher on trail drives and wrote from firsthand experience. He intended with his fiction to correct the romanticized view of the West being created by Owen Wister and others. Published in 1905, this is a trail drive novel, and a sequel to Adams’ The Log of a Cowboy. The narrator, Tom Quirk, is a young cowboy in his twenties who gets his first job as trail boss, taking a herd in 1884 from west Texas to Dakota Territory.

Pasó por Aquí by Eugene Manlove Rhodes
I read three of Rhodes’ novellas and found them equally good. This one from 1926 is regarded as a classic of Western fiction. It tells of a young fugitive from the law who stops to help a family with diphtheria. The law, in the form of Pat Garrett, catches up with him, and there follows a very “western” form of law enforcement.

Pulp Writer by Paul S. Powers
Written during the early 1940s, this is a memoir of how the author found success as the creator of western heroes during the heyday of the pulps. He describes how he learned to master the short fiction formulas that put him in demand by one of the most popular of the story magazines, Wild West Weekly. Laurie Powers' account of her discovery of her grandfather's career, his papers, and this unpublished manuscript, provide a fascinating story of its own.

This Side of Innocence by Rashid Al-Daif
There’s more Edgar Allen Poe and a heavy mix of Kafka in this novella by Lebanese author Al-Daif. An ordinary man finds himself in the grip of a nightmarish tyranny, in which he is as much the victim of himself as that of a brutal modern state. On one level, it's a suspenseful political thriller. On another it explores the fine line between guilt and innocence, as the man’s interrogators are determined to get potentially incriminating information.

To Hell on a Fast Horse by Mark Lee Gardner
New Mexico during 1870-1910 had its share of criminals – on both sides of the law. Pat Garrett, a gambler, speculator, one-time buffalo hunter, and part-time lawman was one of the few with the determination to take on some of them – and one in particular, Billy the Kid. Gardner has written a well-researched book about both men. His account is a happy mix of history and good storytelling.
Photo credit: By the author. This Western Avenue is in LA, extending many miles from Griffith Park down to San Pedro. I cross it every day to and from work. It even has its own wikipedia page.
Coming up: William MacLeod Raine, Brand Blotters (1911)
Posted by Ron Scheer at 7:32 AM