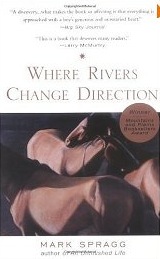 Mark Spragg is a gifted and thoughtful writer in this collection of essays about his boyhood on a dude ranch in Wyoming. His memories are vivid and precise. The stories he tells are compelling and suspenseful, their resolutions often breathtaking. As just one example, the dangerous hunt for a wounded bear evolves into an evocation of a search-and-destroy mission in Vietnam.

There are many ways to read these essays - as nature writing, coming of age memoir, record of a vanishing way of life. For me, the essays are most absorbing when Spragg tells of his teenage years, working in the all-male world of his father and the cowboys who work for him.

They capture the awkwardness of learning to take on a man's responsibilities when they require a fearlessness and stoic toughness more common to pioneers and the Wild West than the urban environment of most of his contemporaries.

There's a poignance that comes a bit clearer in the final essays, which skip forward in time to the author's middle years. Here you pick up a sense of something gone awry, a disillusionment and a good deal of personal anguish. 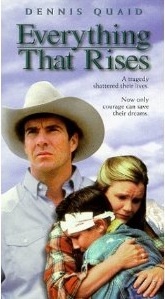 There is a winter spent alone in a snowbound house as he recovers from a personal malaise identified by no more than the reference to severe leg pains. In the final chapters, he walks the back roads and irrigation ditches of Powell, Wyoming, in search of some measure of solace while his mother slowly dies of emphysema.

The title, Where Rivers Change Direction, seems to refer to the Continental Divide. It may also call to mind the watersheds in all our lives that pull us with a gravitational force we don't recognize at the time and come to know only long afterward. This book was a winner of the Mountains and Plains Bookseller Award.

Spragg has gone on to write screenplays and novels set in the West. His novel An Unfinished Life was made into a film with Robert Redford and Morgan Freeman in 2005. An excellent TV movie,  Everything That Rises, with Dennis Quaid as a modern-day rancher in Montana was made in 1998.