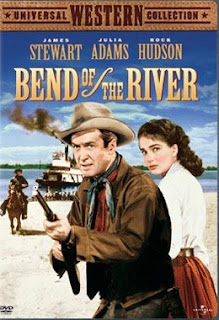 This James Stewart and Anthony Mann western makes an interesting comparison with Meek’s Cutoff, reviewed here last week. There are many of the same elements, including a wagon train, a hired scout, Indians, and the vast unsettled terrain of Oregon.