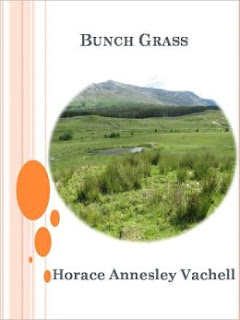 This collection of stories set among ranches and homesteads in Southern California was the early work of an English writer who became a prominent novelist and London playwright. Born into wealth and privilege, Horace Annesley Vachell (1861-1955) emigrated to California in 1883, where he operated a cattle ranch with his father-in-law. These 20 stories, published over a decade after his return in 1900, draw humorously and thoughtfully on that experience.

Character. Of strength of character, the stories demonstrate a frontier tenacity of spirit. As Vachell notes in his Foreword:

The virtues that counted in the foothills during the eighties were generosity, courage, and that amazing power of recuperation which enables a man to begin life again and again, undaunted by the bludgeonings of misfortune.

The unnamed narrator of the stories and his younger brother, nicknamed Ajax, are rarely touched by genuine adversity. While they discover that cattle ranching scarcely pays the bills, they have the advantage of owning a former land grant with grass and water enough in the good years. For the homesteaders who venture onto the poorer, dryer land, survival is a tenuous struggle.

For their part, the brothers don’t always exercise good judgment in a story. Ajax sometimes meddles in the lives of other characters with unexpected results. With no more knowledge of women than can be gained from a “profound study of high literature,” he plays matchmaker for a bashful bachelor. Discovering too late that the bride-to-be expects her groom to take the temperance pledge, Ajax has to invent a scheme to break the engagement without risking a breach of contract suit.

One of the best stories in the collection is surely “One Who Died,” about two English remittance men. It illustrates how the West absorbed men who came there as outcasts from homes far away. Gentlemen they may be, but they lack character. Free to continue living indolently, they are an embarrassment only to themselves.

Reinventing themselves at will, the two men in this story fake the death of one of them to collect funeral expenses from the family back in England. With the money, they buy a saloon and become prosperous. All goes well until the father of the “dead” man comes to California to visit his son’s grave. From beginning to end, the story makes for a memorable moral tale.

Women. In the opening story, “Aletha-Belle,” the young woman of the title is a book agent, selling a sentimental volume door-to-door about motherhood, called The Milk of Human Kindness. Given the kind of salesmanship required of her line of work, she is expected to have “the hide of a rhinoceros, the guile of a serpent, the obstinacy of a mule, and the persuasive notes of a nightingale.” But she turns out to be a “thin, slab-chested figure” with a “prim New England accent,” who looks no more then 18.

Accepting a job as a schoolteacher, she must overcome her natural timidity and earn the respect of her oldest pupils, a trio of rowdy boys. When prayer doesn’t work, she brings a live rattlesnake to class and demonstrates her ability to kill it. The boys are so startled by this display of sang-froid, they agree to being caned for their misbehavior.

Villainy. In general the characters in these stories are no better or worse than they have to be. The worst of the lot shows up in “Dennis,” about a hard-luck loser whose sweetheart, Mamie, marries a villainous lumberman, Tom Barker. The name Dennis, we are told, is synonymous with underdog, and so is Dennis, who follows Barker and his bride to a lumber camp in British Columbia.

Taking the opportunity to torment Dennis further, Barker hires him even though he has no lumbering skills. He also buys a miserable dog, which he names “Dennis” and then brutally punishes it, just as he beats his terrified wife. But Mamie won’t leave her husband, though she hates and fears him. It would mean breaking one of the Commandments.

Dennis decides he will have to break one of the other Commandments to free her from her wedding vows. Dennis the dog, however, saves Dennis the man from having to commit murder. Taught to fetch, the dog retrieves a lighted stick of dynamite and drops it at Barker’s feet just as it explodes.

Cowboys. Only two stories feature cowboys, and they are true to stereotype. Rough and unpolished, they can provide comedy, as in “A Poisoned Spring,” where three of the brothers’ ranch hands get alarming news from a visiting professor from the Smithsonian. He informs them they have consumed fatal amounts of water from a poisoned well on the property. They are infected with deadly microbes related to the venom of rattlesnakes.

Sent to the bunkhouse and given whiskey—the commonly administered antidote for snakebite—they decide to pay a visit to their girlfriends in what may be their final hours. Still drinking, they enlist the girls’ sympathies and finally pass out. They wake the next day with hangovers and learn that the quite addled professor has been taken to the county hospital and put in a strait jacket.

Style. The narrator tells his stories with a wryly-philosophic tone. Harsh judgments are left unsaid. The natural generosity in his opinion of others gives meaning to the word “gentility.” His brother Ajax, however, often speaks what the narrator may be thinking. When someone says of a miserly man, “I reckon Mr. Spooner must have thought the world of his little one,” Ajax grumbles that as much could doubtless be said of a vulture. With no little embarrassment, one story told at the brothers’ expense ends by noting that there are “two morals: both so obvious that they need not be recorded.”

Wrapping up. Vachell went on to produce a prodigious number of novels, plays, story collections, and memoirs. It is said that during his lifetime he published 100 books. His numerous novels are chiefly set among the privileged classes of England. He attended Harrow and is best known for his novel about that esteemed institution, The Hill (1905). Among more than a dozen of his plays, seven were adapted to film during 1915-1936.

Bunch Grass is currently available online at google books and Internet Archive, and also for kindle and the nook. For more of Friday’s Forgotten Books click on over to Patti Abbott’s blog.
Tweet

Coming up: Glossary of frontier fiction: B