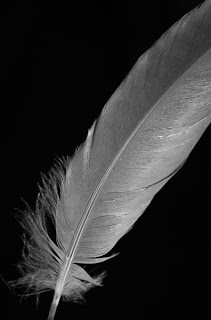 Readability is whatever makes something written easy to understand. Years in writing copy for public relations, technical publications, and marketing communications taught me that the most complex content can be made simple. By that I don’t mean dumbing it down.

As I’m going into a third draft of my book on early frontier fiction, the revision is focusing more and more on keeping the text smoothly readable. Having a sharp copyeditor, I am not the only judge of smooth readability, and her questions in the margins typically flag rough patches that I’ve missed.

But there are some general rules for readability I try to follow as I revise, and I’m sharing some here today.

Short.  In a word, I tend to be verbose. My sentences can go on forever, and the words that come to mind are often multi-syllable ones. The cognitive sciences tell us that breaking information down into bite-size pieces helps readers. So I keep an eye on sentence length and try never to go beyond 30 words. In my version of Word, that means two lines of characters from margin to margin. No more.

Usually even an average sentence can be shortened by condensing:

Before: In an action sequence, Parrish can punch up the description in a style that would suit any reader of pulp fiction.

After: In an action sequence, Parrish has a punchy style that reads like pulp fiction.

Longer sentences are usually a pile up of clauses. Shortening them means splitting them into shorter ones.

Before: Brant, for starters, is hopelessly infatuated with Naida. He falls so quickly and so thoroughly in love, and while page after page is devoted to the growing and maddening intensity of his feelings, he becomes a caricature of youthful infatuation.

After: Hopelessly infatuated with Naida, Brant falls quickly and totally in love. Page after page is devoted to the growing and maddening intensity of his feelings. He becomes a caricature of youthful infatuation.

It also means substituting shorter words, like bad for malevolent, plans for intentions, learn for discover, and show for illustrate.

Verbs for nouns. English lets you turn a short verb into a long noun. Like oppose (the verb) and opposition (the noun). In my early-draft writing, sentences tend to formulate around those long nouns. Besides handicapping the sentence with a clumsy long word, it usually flattens any action by putting a form of to be in place of the verb.

The loss of his claim to the open range was the reason for his opposition to the new homestead settlements.

For a verb this sentence offers the word was, which does no more than act as an equals sign. Stuffed with nouns, the sentence just lies there, flat as a cheap rug.

I envy a writer who seems able to draw on an endless supply of precise verbs. In fiction, Loren D. Estleman is a good example. He can use them to make even a long sentence bristle:

Big Isaac Cody, whiskered like a border raider, with the build of a canal-boat puller and the eyes of a boy on his first visit to a Leavenworth whorehouse, rested a horned hand on his eight-year-old son’s shoulder and watched Kansas bleed. (This Old Bill).

He rests a hand on his son’s shoulder and watches Kansas bleed.

Hedge words. For another form of wordiness, my early drafts rely too much on hedge words (kind of, rather, somewhat, really). Reluctant to make a flat statement, I retreat from it at the same time. Defensive writing I suppose you’d call it. Revising means sharpening sentences so that I can stand behind them without hedging.


Passive voice. I break company with general opinion on this subject, as I don’t consider passive voice a handicap to readability. I object to it in the mouths of public officials who hide behind it to escape accountability, as in “Mistakes were made.” But otherwise, using it makes as much sense as using active voice, and it can contribute to the overall flow.

Passive voice: To acquire wealth and raise his stock in the eyes of Elinor’s mother, Kent left New England and came west to turn an inheritance into a fortune. Alas, he lost most of it instead. And now Elinor is being courted by a multi-millionaire, Brookes Ormsby.

Active voice: To acquire wealth and raise his stock in the eyes of Elinor’s mother, Kent left New England and came west to turn an inheritance into a fortune. Alas, he lost most of it instead. And now a multi-millionaire, Brookes Ormsby, is courting Elinor.

Which is better? I prefer the passive voice version, as it waits until the end of the paragraph to reveal the identity of Kent’s rival, thus giving it more emphasis. But neither way is ungrammatical or “wrong.”

Readability formulas. Up to a point, readability can be measured, and several formulas exist. Word incorporates some of them into its spelling and grammar check function. You can turn them on in your Word preferences, and scores will appear at the end of a spell check.

I go by the Flesch-Kincaid scale, which guesses at the grade-level a reader needs to have achieved to read a selection of text without difficulty. I aim for a score under 9.0 (i.e., 9 th grade). Why so low? Anything higher increases difficulty and makes for slower reading.

But the formulas only work as a warning system for text that has a high percentage of long words and long sentences. They cannot measure whether what’s written makes any sense. The measure of that still requires a human reader.