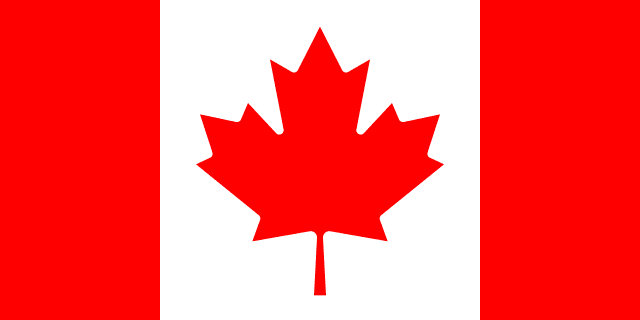 There’s surely as much western frontier north of the 49th parallel as there is south, and Canada has had numerous writers setting their stories there. During the years 1880-1915, a dozen or more of them appeared to write from the mountains and timberland of BC, to the prairie, the border country straddling the international boundary with Montana, all the way to the frozen Yukon.

Ralph Connor was the pen name of Charles William Gordon (1860–1937), a Presbyterian minister of some prominence in Canada. The Sky Pilot (1899) was the novel that made him famous, selling over a million copies. It is set in a frontier community, Swan Creek, in the foothills of the Rockies, west of Calgary.

Its characters are early settlers, ranchers, and cowboys, and at the center of them is a church missionary, Arthur Wellington Moore, who has been dubbed “the sky pilot.” Connor served 40 years as a minister at a single parish in Winnipeg, Manitoba. In 1972 his Works, containing 43 titles, were published by the National Library of Canada.

Bertrand Sinclair (1881-1972) was born in Scotland and came to North America in 1889. He was a young cowpuncher living in Montana when he wrote Raw Gold (1908) set north of the border in the southern corners of what is now Alberta and Saskatchewan.

The time is shortly after the arrival of the North-West Mounted Police, and the entire story takes place within one or two days’ riding of Fort Walsh in the Cypress Hills. We get the wide-open frontier of the 1870s with outlaws and lawmen, stolen money, and an innocent fugitive wrongly accused of a crime. After a brief marriage to western writer B. M. Bower, Sinclair settled in British Columbia, where he continued to write.

Martin Allerdale Grainger (1874-1941) was born in London, grew up in Australia, was educated at Cambridge, went to the Klondike, and served as a trooper in the Boer War. After trying placer mining and logging in British Columbia, he settled there, devoting the rest of his life to the timber industry. Woodsmen of the West (1908) is his only novel, an autobiographical account of working for a tyrannical logger along the waters of the British Columbia shoreline. Part a personal story, it’s also a character study of his boss, a prototype of the heedless frontier entrepreneur.

Charles G. D. Roberts (1860-1943) was born in New Brunswick and began receiving critical recognition as a poet in the 1880s. After sojourns in New York, Paris and Munich, he lived in London, where he served in the British Army during WWI. He settled again in Canada in 1925. The Backwoodsmen (1909) is a collection of animal stories set in the backwoods and mountain wilderness of the Canadian West.

The animals are both wild and domesticated. Some have lives that intersect with humans and some don’t. In an earlier collection, Roberts said that his animal stories were intended to remind readers of their kinship with the rest of the natural world. During his life, Roberts produced a vast outpouring of poems and fiction, including nine novels and five novellas.

Gilbert Parker (1862-1932) was born in Ontario, and though he lived much of his life in England, his fiction was devoted mostly to his native Canada. He served as a Member of Parliament during 1900-1918 and was already a well-known writer of popular historical fiction when Northern Lights (1909) a collection of 17 stories was published.

The stories take place on the thinly populated prairies of Alberta and Saskatchewan, where the people to be found there include French-Canadians, Indians, and mixed-bloods. Enforcement of law and order is in the hands of the Royal North-West Mounted Police.

William Lacey Amy (1877-1962), later known as Luke Allan, was born in Ontario and was for a short time editor and owner of the Medicine Hat (Alberta) Times. His first novel, The Blue Wolf, was published in London in 1913. It’s a mystery-adventure set in the Cypress Hills and surrounding prairie south of Medicine Hat. In 1920, he began a popular western series based on a “half-breed” cowboy, Blue Pete. There were over 20 Blue Pete novels, published chiefly in England, featuring both cowboys and Mounted Police.

Arthur Stringer (1874-1950) was born and educated in Ontario. He worked as a journalist and was a prolific writer, with 60 books, mostly popular romances, 15 collections of verse, and 100s of stories and poems published in the magazines. The Prairie Wife (1915) was his first novel, about a young couple making a life as wheat farmers on the Great Plains of Canada. It was the first novel of what became a trilogy, continuing with The Prairie Mother (1920) and The Prairie Child (1922).

Jack London (1876–1916) was born in San Francisco, and after a brief time in the Klondike during the height of the gold rush, he returned to California to make a living as a writer. His first novel, A Daughter of the Snows (1902), is set in northern Canada during the gold rush.

It’s a mixed bag of yarns about miners and adventurers on the northern frontier, with a spirited and thoroughly independent young woman as its central character. In the novel, London argues that survival is achieved by the fittest and strongest. After reading it, one easily sees his Call of the Wild (1903) as an animal fable with the same moral.

Ridgwell Cullum (1867–1943) was the pen name of Sidney Groves Burghard. British born, he fought in the Boer War, prospected for gold in the Yukon, and took up cattle ranching in Montana. His first novel, The Story of the Foss River Ranch (1903) is set in a frontier settlement in Alberta.

It’s a dark story of whites who are prey to drink, gambling, and moneylenders. Part of their community is a prairie ghetto of “breeds,” who are portrayed as worse than savages. Meanwhile, the long arm of the law is not long enough. There is only the rough justice of savage cruelty. In a career that spanned over three decades, Cullum published dozens of books. In England, it is said that he held his own in popularity with Zane Grey.

Harold Bindloss (1866–1945) set his first novel Alton of Somasco (1906) in the wilderness of British Columbia. It’s a complex mix of adventure, melodrama, and romance. Like other early frontier fiction, the story centers on a man of character and strong physical presence, who must deal with an outlaw caste that attempts to deprive him of life and livelihood.

British-born, the young Bindloss traveled around the empire and settled for a while in British Columbia, working as a journalist. Afflicted with malaria, he resettled in England, finding success as a novelist at the age of 40. He went on to produce 50–60 novels during a 40-year career. Half of them are set on the frontier and typically in Canada.

Herman Whitaker (1867-1919) based his first novel, The Settler (1907), on his experience as a homesteader in Manitoba during the late 1880s. It dramatizes the fate of farmers lured onto the prairies by The Canadian Pacific Railroad to turn the sod and plant wheat. Rising freight rates, however, prevent them from making a decent living.

Carter, the central character, is one of them and a cut above his neighbors in intelligence and leadership skills. He begins thinking like a railroad tycoon, and the novel traces his emergence as a man whose daring and cunning make him a match for even the mighty Canadian Pacific. British-born, Whitaker resettled in California, where he lived as a writer.

Unlike Jack London, he had not been there himself, Service relied on stories told by those who had. His lengthy novel is a compendium of those stories, woven into what reads like first-person reportage. Its central character, Athol Meldrum, is a young Scotsman, adventuring in the American West and swept up in the stampede to the north. Service lived only a few years in Canada. When fame found him, he settled again in France.

Alice Harriman (1861-1925) was born in Maine but settled for a while in Seattle, where in 1907 she started her own book publishing company. Her books about the West include A Man of Two Countries (1910) a political melodrama set in the Canadian frontier and Montana. Its central character is Philip Danvers, a young Englishman venturing westward in the 1870s to join the North-West Mounted Police at Fort Macleod.

There, new arrivals in the raw early days before the railroad make their fortunes by fair means and foul. Later, their lives converge again in Helena, at the center of state politics, and Danvers becomes involved in a struggle by a millionaire to buy a seat as senator in Congress.

James B. Hendryx (1880-1963) was born in Sauk Center, Minnesota. After dropping out of university, he traveled widely in the U.S. and Canada. Adventure prone, he tried his luck on the gold fields of the Yukon. Returning to the States, he settled on a career of writing. The Promise: A Tale of the Great Northwest (1915) is a logging camp novel, set in the Canadian woods somewhere north of Winnipeg.

The story is a familiar one of a young man who is toughened by the strenuous life and grows into his manhood, thereby winning the respect of others and the love of a sweetheart. During his lifetime Hendryx produced 45 or more novels set typically in the Canadian West or Montana. An additional series of books, the Halfaday Creek stories, is set on the Alaska-Yukon border.

Most of these novels and story collections are available online at google books and Internet Archive, as well as for kindle and the nook.
Tweet