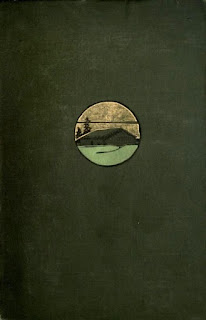 This is a domestic western set on the plains of Kansas. Its heroine, Elizabeth “Lizzie” Farnshaw grows up in a fractious homesteading family where her domineering father makes life miserable for his wife and daughter. The long, 564-page novel covers 15 years of Elizabeth’s early life as she grows into womanhood.

Plot. Elizabeth’s fortunes seem to improve when she finds herself being courted by a newcomer in the neighborhood, a young farmer, John Hunter. John has a gentleman’s polish, a smattering of university education, and a comfortable inheritance. His proposal of marriage offers a welcome escape from her father’s domination.

Alas, John Hunter is not what he seems. As her husband, he does not bully her with the brute ignorance of her father, but he is oppressive in his own way. He builds a handsome house on his farm and invites his mother to live with them. Both have strict beliefs about a woman’s domestic duties, and their effect is to keep Elizabeth a virtual slave and a prisoner in her own home. Matters worsen still when Elizabeth gives birth to a child.

John, it turns out, lacks caution in his investments and, against Elizabeth’s wishes, gets them deeply in debt. They are saved by an infusion of cash from a man who has come to Kansas looking for a business partner. Hugh Noland has a bad heart, which limits his prospects for the future, but farming with Hunter promises to be good for his health and a productive use of his remaining years.

The arrangement works well until Noland suffers an accident with a runaway team of horses. The doctor orders bed rest for him and encourages Elizabeth to give him plenty of tender loving care. But the two have already become too close. Both are torn between their affection for each other and her commitment to her marriage vows. Seeing the burden he has placed upon her, he hastens his demise by overdosing on his heart medicine.

Leaving all his assets to Elizabeth in his will, he gives her the leverage to finally stick up for herself with her husband. Infuriated that she wants to be his “boss,” he leaves her. The farm thrives under her direction, but she does not give up a belief that husbands and wives can live together as equals. In time, her husband asks her to take him back, and the closing pages suggest they might be able to make a go of it.

Character. Elizabeth is drawn throughout the novel as an exemplar of character. “Quick to serve, sensitive, honest, dependable,” she has a strong sense of duty. The values of character espoused by the novel are both feminist and moralistic. Munger puts them in conflict with each other and shows how they might be resolved. A husband merely needs to give up the instinctive desire to dominate his wife.

Munger gives several examples of such men. The appearance of Noland offers the finest one. He shares Elizabeth’s love of books and freely regards her as a trusted friend. As she grows exhausted from overwork and motherhood, he has a concern for her that her husband lacks. The concern is shared by the doctor, who has seen from his practice how husbands wear out their wives by committing them to a life of drudgery and dependence.

Women. While Munger sympathizes with the lot of farm wives, she does not exactly portray them as likeable or admirable. Quick to indulge in their jealousies, they are cruel and unforgiving gossips. For them, the most grievous social offense is to take on airs and act superior. When John refuses to let Elizabeth visit her neighbors, the local women assume she is being “stuck up” and viciously condemn her.

Elizabeth’s mother shows how a lifetime of subservience to men has made of her a bitter and demanding woman. She is jealous of Elizabeth’s friendship with Susan Hornby, a neighbor of kindred and warmly generous spirits. She is cruel and cutting to her daughter, siding with her husband as he physically abuses her.


Romance. In some ways, the novel shows a real suspicion of romance. It illustrates how the flights of the heart’s attraction to the opposite sex cloud a young woman’s judgment. Elizabeth is charmed by the attentions of John Hunter, and while a reader may have doubts about him as marriage material, Elizabeth misses the warning signs.

The man’s polished manners and gentlemanly demeanor disguise a lack of character. He is shallow, self-indulgent, and willful. Maybe worst for Elizabeth is his inferior intelligence. He has fixed ideas and can’t be budged from them. Romance blinds Elizabeth, and she blithely walks into a marriage that will make her miserable.

Villainy. The villain of the novel is not a person but an idea—the belief that men have a right to dominate women. Though villainous in many respects, John Hunter is no more than an inconvenient obstacle to Elizabeth’s happiness. There is even hope for him at the end as he claims to still love her and says he wants to mend his ways.

Elizabeth’s obstinate and surly father, however, qualifies as unredeemable. He robs her of her aspirations for schooling and forces her into a teaching job. Then he refuses to let her keep the money she earns. In spite of her best efforts to make peace with him, he openly despises her and punishes her brutally. He meets his deserved end in an act of defiance that leaves him dead under a horse’s hooves.

Wrapping up. Dell H. Munger (b.1862) grew up on farms in the Midwest. Her family had moved from Illinois to Iowa and Nebraska. Later, she lived in Missouri, Colorado, and Indian Territory. She adopted three children and, after leaving a wealthy husband, was for a time a guest of Upton Sinclair at his home in Palo Alto, California. Later, she was a resident in the artist colony in Carmel, California.

A Socialist in midlife, she was an active advocate of prison reform and health regimes involving positive thinking and fasting. While she was reported to be completing a second novel for publication in 1913, The Wind Before the Dawn remains her only published work.

The Wind Before the Dawn is currently available online at google books and Internet Archive and for kindle and the nook. For more of Friday’s Forgotten Books, click on over to Patti Abbott’s blog.
Tweet