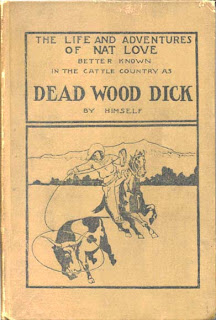 Here’s another one to add to the long list of cowboy memoirs. It has at least two distinctions. It’s one of the earliest written, and the author is an African American. Nat Love (his first name was pronounced “Nate”) was born on a plantation in Tennessee in 1854 and took to the West as a freed slave when still in his teens.

Arriving in Dodge City when the era of great cattle drives was at high tide, he got a job cowboying after proving he could stay on an unbroken horse. A quick learner, he soon mastered roping and sharpshooting. By his account, he was destined to become one of the most widely known cowboys in the West. 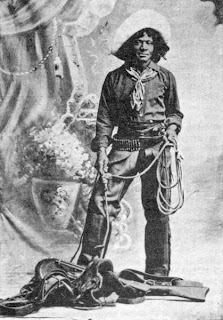 He seems to have missed meeting Wild Bill Hickok and Calamity Jane, only because he’d already left Deadwood when they got there. In fact, after proving himself riding and shooting champion at a July 4th competition in 1876, his brief stay in that lawless gold mining camp earned him the name Deadwood Dick.

If being “colored” (his preferred term) was ever a drawback for him on the frontier, he never mentions it. His story makes an interesting comparison with Henry Flipper, who at the same time was navigating the stormy waters of racial bias as an officer in the U.S. Cavalry. It’s possible that Nat and the other black cowboys he mentions remained low enough in the social order to escape resentment. Given his relentlessly positive attitude, it’s possible that he simply chooses to leave the subject alone.

Instead he focuses on the action, which he presents as welcome breaks in the dull monotony of herding cattle days on end. There are many instances of Indian fighting, with fatalities on both sides. His Indians are rarely more than bloodthirsty savages. He blames them, in fact, for the demise of the buffalo herds. 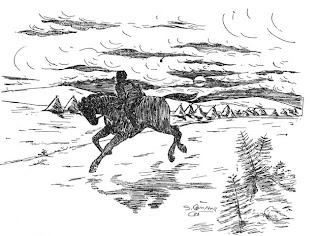 There are also hot pursuits of “greasers,” half-breeds, and white thieves who run off and scatter the cattle on the open range. Fierce, all-out war finally reduces their numbers. In all his skirmishes Nat sustains 14 gunshot wounds, none of which slows him down for long. 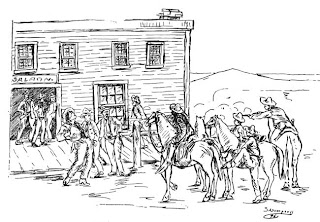 The book is not smoothly written and the stories are too boastful at times to be believed. There are obvious inaccuracies at points that make the rest suspect. He has Custer fighting the Crow, who were not in fact combatants at Little Big Horn. Among the chiefs that day, he includes Old Chief Joseph, who had died years earlier. He has the battle taking place in Wyoming instead of Montana.

Still and all, it’s a colorful account of the cattle-droving years, and his descriptions of the open-range cowboy’s job can be remarkably precise. The roundup of a herd of mustangs is fascinating for its strategy and logistics. For the 20 cowboys on that endeavor, he recalls their provisions consisted of dried beef, crackers, potatoes, coffee – and no sugar. The mess wagon, unfortunately, was attacked and taken by Indians, the cook and driver killed. 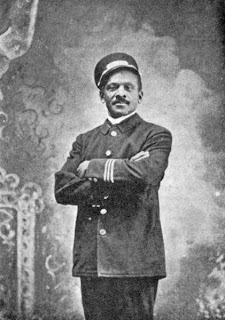 The opening chapters of the book are about his boyhood on the plantation. Leaving the cowboy life in 1890, he gets a job as a Pullman porter. These latter chapters offer an inside look into that line of work, open only to African American men. It was a job that satisfied his natural wanderlust, the modest pay being supplemented by generous tips.

The Life and Adventures of Nat Love is available free online here. It can also be found at amazon, AbeBooks, Powell’s, alibris, and for the Nook.

Image credits: Drawings and photos from the first edition
Cover, University Library of the University of North Carolina at Chapel Hill, Documenting the American South