As the wife of a mining engineer, Mary Hallock Foote (1847-1938) left the East and lived for a while in mining towns in California, Colorado, and Mexico. There she continued a career already begun as an illustrator and writer. The Led-Horse Claim: A Romance of a Mining Camp was her first novel, with her own illustrations [shown below].

Set in a Rocky Mountains silver mining camp in 1877 Colorado, it describes a world already well known to viewers of Deadwood. She captures the atmosphere of a raw, turbulent settlement. It’s a town constructed on the fly, as it absorbs a growing influx of fortune seekers, mostly young men from everywhere and every rung of the social ladder. 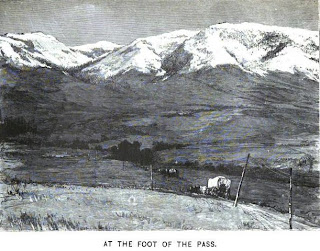 Plot. Foote’s central character is Cecil Conrath, the newly arrived young sister of a silver miner. She meets by chance the young and handsome George Hilgard, operator of a neighboring mine, the Led-Horse claim of the title.

Hilgard falls for Cecil in a big way, but the immediate obstacle to a full-fledged romance is a dispute between Hilgard and her brother, Conrath. He has followed a rich seam of ore underground and crossed over to (i.e., “jumped”) Hilgard’s claim.

Matters eventually escalate to an exchange of gunfire. Conrath gets killed, and though it can’t be known for sure, there’s an even chance the fatal shot was Hilgard’s. The shooting brings an end to any hopes for a future the two lovers might have had together. 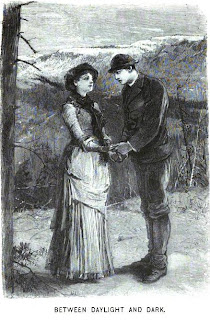 Romance. This may all sound like sentimentality laid on with a trowel, but Foote is not your usual romance writer. Given the pitfalls and potholes embedded in Victorian moralities, the emotions that plot contrivances stir up in the characters are honestly portrayed.

The romantic conflict in the novel becomes simply this. Cecil cannot love both her brother and the man responsible for his death. Since she cannot imagine loving anyone else, she commits herself to mourning the loss of both men until the end of her days.

False dilemma, yes. Hilgard resolves it by tracking her down back East, where she’s been living with her aunt and grandmother and refusing to accept the fate that duty has committed them to. How she finally surrenders to his persistence, we don’t know, because Foote skips ahead to the wedding six months later.

A word should be said about blushing, which people in fiction of this period seem to do a lot of. Easily shamed, embarrassed, or made self-conscious, characters betray these feelings by turning color. Men and women alike. The word “blush” appears seven times in this novel. And there are multiple variations. Living, perhaps, in a shameless age, we can wonder at a world where so much in social relations is concealed—and thus in danger of self-betrayal. 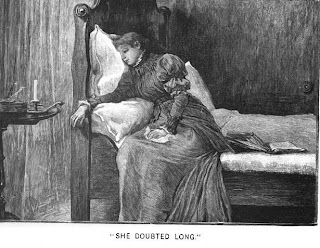 Women. Foote joins a small number of women writers at the turn of the last century, who bring a woman’s perspective to stories about the West. She pauses at times to mention domestic details one doesn’t often find in the fiction written by men.

We also get a glimpse of social life in the camp as an organization of young bachelors throws a fortnightly ball for invited guests. The handful of women who attend are guaranteed partners for every place on their dance card. Among the men, a late arriver might swap a dinner invitation for a dance partner on another man’s card.

If the novel has a weakness, it’s that Cecil is given too little to do. Most of her time is spent reacting. Prevented by circumstances and propriety from yielding to her interest in Hilgard, she wades ever deeper into the slough of despond. Before finding fault, we need to remember the moralistic constraints that confined a single young woman of her class in the 1880s. 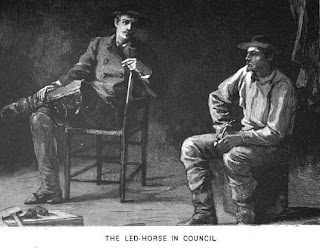 Style and structure. Foote has this gift for clever dialogue that’s given almost as much to wit and repartee as Oscar Wilde. It shows the refinement, polish, and good breeding of her characters, but it seems for several chapters that the book is going to be nothing but talk.

Foote sometimes writes with a kind of over-dressed Victorian flourish, yet her novel also has a strong streak of irony, as when she describes a burial at the town cemetery. A volley fired by the town militia is executed so inexpertly it draws jeers from the crowd. Mourners on horseback then race back to town, where the occasion is marked by the consumption of a keg of whiskey. 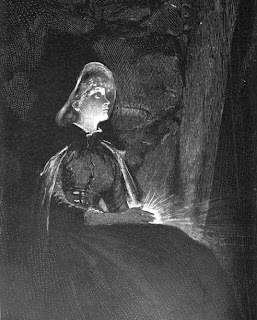 Is it a western? Outside of dime novels, the western as a genre didn’t really exist at the time. Foote is creating fiction out of what she knew about the actual West by living there. Her description of going down into a mine seems based on first-hand experience. The details and the sensation of being underground with just candles for light are precisely described.

While it’s maybe not a western as such, you can argue that her novel makes a claim for what it might become. Instead of exaggerated and clumsily written yarns and tall tales of daring and gunplay on the frontier, Foote has invented something else. Here are real-life characters in a real-life West.

The Led-Horse Claim is available free online at google books.