Yesterday was the second anniversary of this blog. I can’t know what I’ll be thinking a year from now, but I can say today that blogging has been a lifesaver. That’s not an exaggeration.

It has given purpose to what once looked like the uselessness of retirement. Work had long satisfied a need to be useful—to have a calling. What would take the place of that? I’d considered volunteer organizations, but nothing ever clicked. As a low-paid teacher most of my work life, I’d “volunteered” enough time and talent into a service industry to last for a good long while anyway.

Then I almost literally stumbled onto blogging. After reading Paul Powers’ posthumous memoir Pulp Writer, I found Laurie Powers’ blog online and then Blogger itself, which insisted that starting a blog was easy. And so it was.

Settling on a focus for a blog was also easy. There was my long-held interest in the historic Old West and the cowboy, which was starting to cross over into western fiction and movies. My first post was an observance of John Wayne’s birthday (May 26), and it was a slippery slope from there.

There’s never been a need to change the original scope of the blog, which appears in the banner above today as it did two years ago. There’s more than enough in those two sentences to last through many retirements. 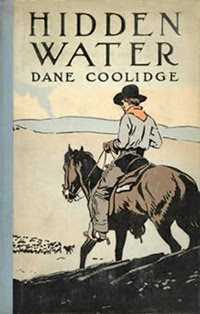 What I didn’t expect was that an interest in early westerns, which started with a  previous discovery of writer Dane Coolidge, would expand into a years-long research project. Curious about the origins of the western novel, I began reading fiction set in the West and published around the time of Owen Wister’s The Virginian (1902).

Expecting to find maybe a dozen or so writers, I discovered a multitude of them, many preceding Wister by decades, many of them women, and virtually all of them forgotten. By happy chance, nooks and kindles came along, and these old forgotten out-of-print writers became available again as cheap or free ebooks. There was nothing stopping me from reading them all.

Blogging gave the opportunity to write about them as I read them. And the writing then began to look like the makings of a book—then several books. Blogging also invited a way to write about them that wasn’t the stuffy academic style with its theory-driven fashions. (If you don’t know what I’m talking about here, trust me, you don’t want to know.)

Connection. It’s a gift to find the hundreds of western fiction fans and writers in the blogs and the other social media. You’re in touch with people who love westerns simply for themselves, not as a subject of approved discourse for the scholarly journals. So this post is in part a big thanks to everyone I’ve met online who has become an audience and encouraged me by their comments or simply by the attention they’ve paid. 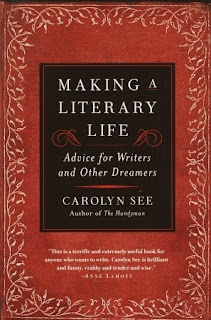 Something I didn't expect is that blogging offers the acquaintance of writers, who make great company for someone who loves the written word. Carolyn See, a southern California novelist, once recommended that aspiring writers send a fan letter a day to writers they have liked. It was  good discipline, she said. It also diminished the isolation that writers experience, who too infrequently enjoy connection with the professional community they are part of.

How quaintly old fashioned to think of trusting such sentiments to snail mail, especially when your only mailing address is the writer’s publisher. Today writers and readers can find each other, meet if they want in the blogs (and to a lesser extent in the other social media), and writers can meet other writers.

I have loved books all my life, and I have done some writing of my own that can be found in books and journals. I love the written word like some people love the movies. (How often have I sat in a so-so movie thinking, I could be reading a book.) And I enjoy people who enjoy reading so much that they write, too. People who don’t read books are like people without curiosity—without souls.

I’d like to make a list of the blogs and blog readers who have been good company over the past two years. Some have turned me on to ideas, interests, and books I would not have known otherwise. Some have shared their personal words and pictures that have made me feel part of their lives. But a list would make this post way too long.

So I’ll end by saying this. You can say what you want about how the social media increase rather than diminish social isolation (and in some ways they apparently do). But blogging gives someone like me a place to feel both connected and useful. On this road not taken that I call my life, it has made all the difference.