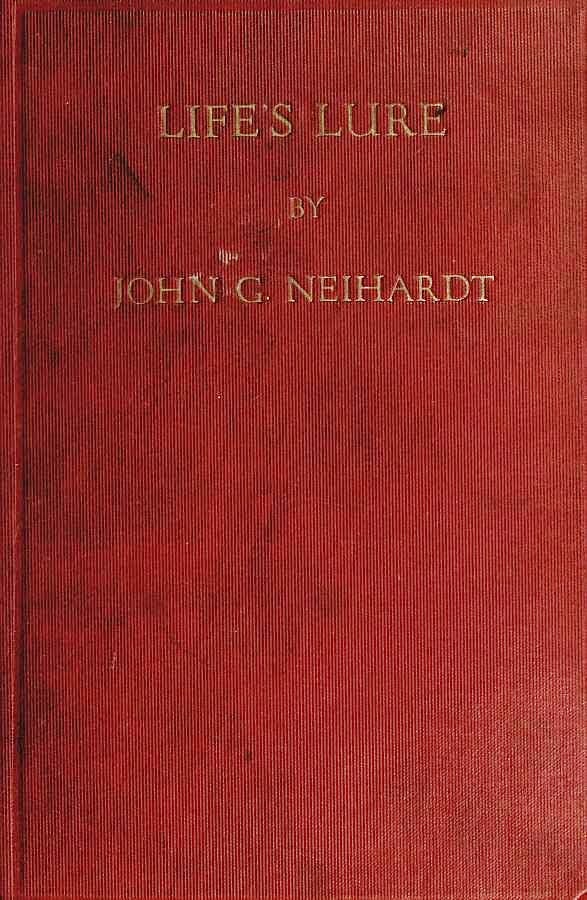 I came across this novel while doing research for my book on early frontier fiction. It joins a long list of novels and stories set in mining camps of the West. Like many of them, it tells a cautionary tale of lives ruined by gold fever and the get-rich-quick mania that drove adventurers for half a century to places like Deadwood, California, and the Klondike.

Prospectors and miners had long been at the center of the growing mythology of the Old West, along with the cowboy. Yet the cowboy, representing a different set of values came to dominate western fiction. Less materialistic, maybe, the cowboy came to stand for more admirable qualities of character.

Sudden wealth and the effort to acquire it were generally not part of the cowboy ethos. The prospector, as a stock character of western fiction, then evolved into a secretive, anti-social outlier, likely to be half-crazed from prolonged isolation and lack of human contact. Very much the opposite of the cowboy.

Characters. Neihardt explores the dark side of mining camp life, following the stories of several men and women whose lives have led them to a placer mining gulch in the Black Hills of South Dakota. Most are foolish in some way, expecting fortune to come easily or living off the labor of others, like parasites. Some take advantage of gullible newcomers to the gold fields. Some are gamblers or saloon owners, “mining the miners,” as one puts it.

Among the women, there is a dance hall prostitute looking to attach herself to a man with a paying claim. The widow proprietor of an eating house takes a motherly interest in the single men among her customers, displaying a generous heart of gold, where such concern for the welfare of others is in short supply. Death by starvation, suicide, hanging, and murder haunts the lives of them all.

No one acquires the wealth or the social status that wealth promises to win them. Struggling for days to return to his Indiana home with a heavy bag of what he assumes is gold dust, one character discovers that the bag contains worthless mica dust instead. A man cuckolded by his partner leaves him to drown in the rising waters of a mineshaft.

Themes. On another level the novel is an object lesson in the inequalities of an economic and social system that favors capital over labor. Money doesn’t work for you, a well-to-do man is told. His family inheritance is not an asset but a debt owed to the men who worked whole lives at a dollar a day to produce it. Meanwhile, as a “gentleman,” he is above working for money and shuns an offer to partner with another man as owner of a saloon. However, he quickly changes his tune with the next mail from his wife in New York who is growing tired of waiting for his promised gold strike.

It’s a Faustian tale, and like Mephistopheles, the most intriguing character is Louis Devlin, the gentleman gambler who finds his future business partner, Sam Drake, in Sidney, Nebraska. He woos him with loans of money and apparently no strings attached. Drake, for him, is an easy mark. He has accepted his wealth and social position without question, as his due. A well-bred man of 30 years, he believes in Fate and his “inalienable right to a fortune.”

Though heavy losses at the gambling tables shake these beliefs, he chooses not to look too closely at them, preferring the comfort of abstraction, where he can enjoy his privileges as one of the fortunate, a gentleman “carefully nurtured in all the beautiful things of the world.” When he sees another man like himself who has committed suicide instead, his self-confidence is shaken again. But Devlin is quick to reassure him. “The world moves, my friend,” he says, “and those who get under it are crushed.”

As a gambler, Devlin compares himself to a phlebotomist, bleeding fevered players back to health. Rather than work with pick and shovel, he looks for the vein of human folly. Find that hunger for winning at cards and let the other man hold a pair of deuces, while you have a royal flush. “Who’s hurt?” he asks, “No one.”

When Drake is repelled by the idea of making a living from “dirty money” as a saloon owner, Devlin asks him if there is such a thing as a clean dollar. And he certainly has no sympathy for the poor. Poverty, he says, has canonized itself, making “a sham sanctity of having nothing.” The poor have built for themselves a church with “an imaginative limbo of eternal joy” for them as underdogs, “an exclusive aristocracy of self-glorified ragamuffins.”

Style. Neihardt shows his hand sometimes as a writer of poetry. Here he describes Drake’s arrival in Bear Gulch, scene of the mining camp:

Down through a forest alley that widened out toward the bottom of a gulch a thousand feet below, he saw the black and purple hills, at once convulsed and silent, like a sea of ink struck dumb and motionless at the height of tempest. A lonesome, lonesome world! Just as God left it with the mud sticking to his fingers.

The overall tone of the novel is fairly bleak as Neihardt segues from one plot thread to another. You sense from the start that it will all end in tears. You just don’t know what depths of misfortune he will drag his characters through.

There is one exception. Prostitution in early frontier fiction is normally introduced with only carefully polite suggestion. But Neihardt gives it an unexpected wry twist. When Nellie, a dance hall girl, becomes pregnant, one of the men goes to the saloon to take up a collection for her, reminding the likely father among them of his duty to her as a provider. When the hat is passed for pinches of gold dust, 27 of the men have contributed.

Wrapping up. Born in Illinois, John Neihardt (1881-1973) grew up in eastern Nebraska and as a young man lived in Bancroft, near the Omaha reservation. A poet, he developed a life-long interest in Native American cultures. Much of his writing concerns the settlement of the West and the displacement of the Indians. His best-known work, Black Elk Speaks, was first published in 1932.

Life’s Lure is currently available at google books and Internet Archive. For more of Friday’s Forgotten Books, click on over to Patti Abbott’s blog.