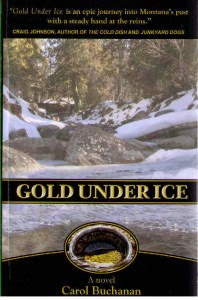 Since reading Carol Buchanan’s excellent Spur Award-winning God’s Thunderbolt a while ago, I have been meaning to get to its sequel, Gold Under Ice, which continues the story of frontier lawyer, Dan Stark. In the 1860s gold-mining community of Virginia City, in territory that is now part of Montana, he finds himself an active participant among a group of vigilantes, who hang a number of thieves and killers, who have been menacing the lives and welfare of more law-abiding residents.

Background. Besides the limited authority of the miners courts, there is in fact no law in the gold fields, and in the first volume of the series, Buchanan explores the realities facing honorable men driven to enforce justice and preserve public safety where they lack legal authority to do so. After much soul-searching and debate, they must resort to extra-legal means, which for a man like Dan Stark contradicts all he has been taught to believe about due process. Necessary as the lynching of bad men happens to be, Stark is haunted by those hangings and what they represent as a betrayal of civilized democratic values, guaranteed in the Bill of Rights, and long practiced in his chosen profession.

Buchanan’s telling of his story in God’s Thunderbolt is a corrective to the easy acceptance of lynch law in the formula western, where villains often get their punishment without benefit of trial. Her novel also immerses readers in another kind of frontier, where a continent separates westerners isolated from the centers of power, capital, and civilization, a distance that takes many weeks of primitive travel to cross.


Yet despite the distance, they are not free from its control over their lives. For one thing, they are divided in their loyalties to either the Union or Confederate sides of the Civil War raging on battlefields back East. For another, they are bound by commitments made there to others, whether family, bankers, or social standards for their class.

Plot. In Gold Under Ice, Daniel Stark is bound to all three – he has come west not as an adventurer or to escape the limitations imposed by a restrictive social order. He has come to find gold enough to pay off the debt of his father, a man who gambled away the family fortune and then committed suicide.

Paying off the debt will restore the family honor, especially that of its patriarch, Dan’s mean-spirited and demanding grandfather. To expedite that payment, the man has sent out a collector, Van Fleet, from the Bank of New York, to escort Dan and his gold back East. Besides resenting this interference, Dan also lacks enough gold for payment, and he postpones a return until it can be put off no longer.

After the long journey cross country, he learns to play the gold market, trading in options and short sales to increase his small stake, while relying on fluctuations in the value of Confederate-backed gold against Union greenbacks to cash in with enough capital gains to not only pay off the debt but provide for the future welfare of his mother and younger siblings. 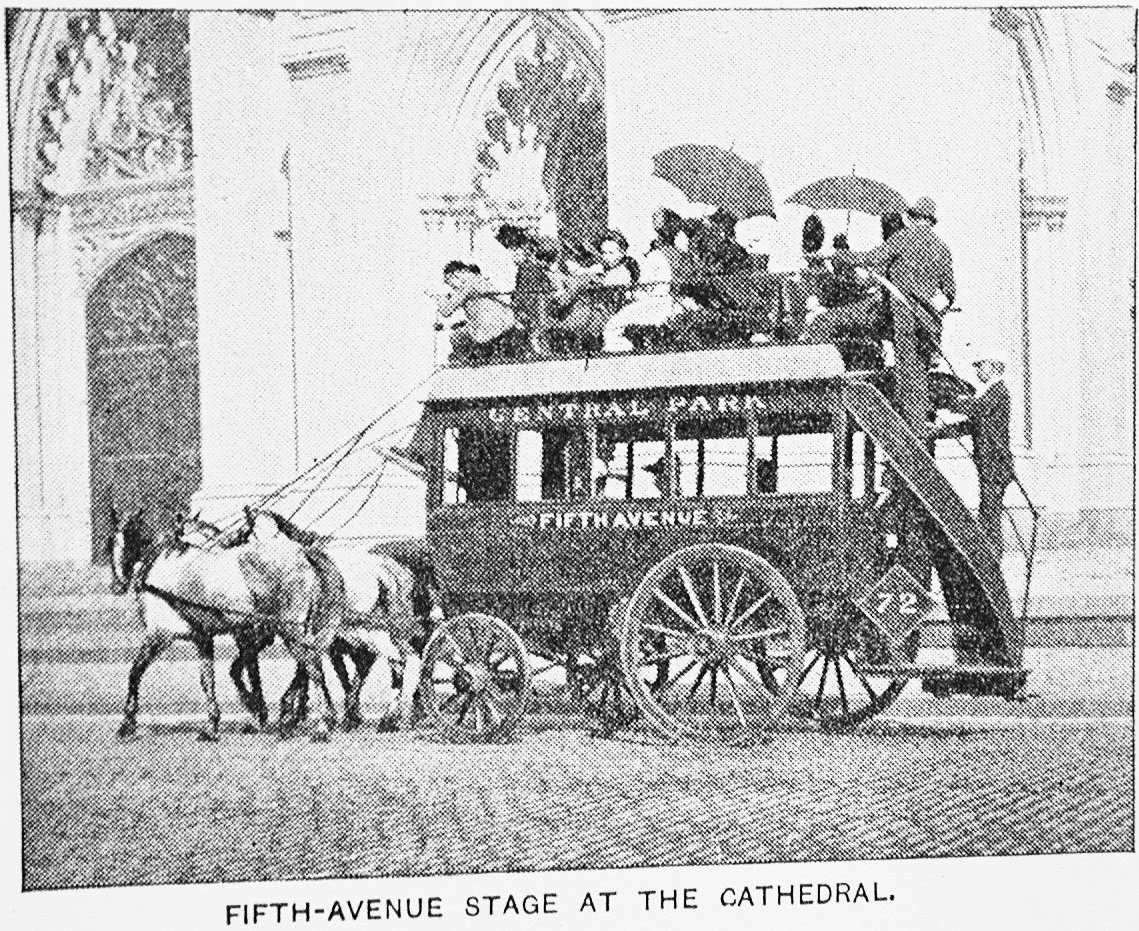 There is also the matter of meeting the social standards subscribed to by that same family. As we know from God’s Thunderbolt, Dan has fallen in love with a woman in Virginia City, Martha, and regards her as his wife. However, there are two impediments to their marriage: (1) she is already married to another man, who has deserted her and their two children, and whose whereabouts are unknown, and (2) she is not of Dan’s social class, being uneducated, unpolished, and part Indian. When his family learns of this, they disapprove, regarding him in their disbelief as a “squaw man,” betraying their expectations for him – a nice respectable bride from an established family.

Buchanan is a gifted storyteller and deftly weaves together the several strands of plot in her second novel. Each is maintained with a degree of suspense and pacing that never lets up. While Dan returns to New York and then plunges nearly as recklessly as his father into the gambling fever that dominates the trading floor for gold speculators, she reminds us of his wife Martha back in Virginia City, who doubts that he will return to her, while serious trouble awaits her son, Tim, as he struggles not to follow in the footsteps of his own father, a man given to violent outbursts and alleged claim jumping.

Wrapping up. I get review copies of novels by writers of historical and frontier fiction that are well intentioned but often seem very thin for lack of development. They are like scripts for movies and TV shows with heavy use of dialogue to fill in for character, setting, or historical context. The storytelling often relies on familiar plot devices and stock characters, while pacing remains slow and predictable.

I would recommend to these writers a reading of Buchanan’s novels for the way they are steeped in historical research without seeming so. In her hands history is put to the service of absorbing storytelling and the vivid evoking of time and place.

Her novels deepen our sense of the past without sounding like the recitation of history lessons. Also instructive is Buchanan’s ability to pursue multiple plot threads, using key point of view characters and then finding the edge in each thread to intensify suspense. Gold Under Ice is currently available in print and ebook formats at amazon and Barnes&Noble.