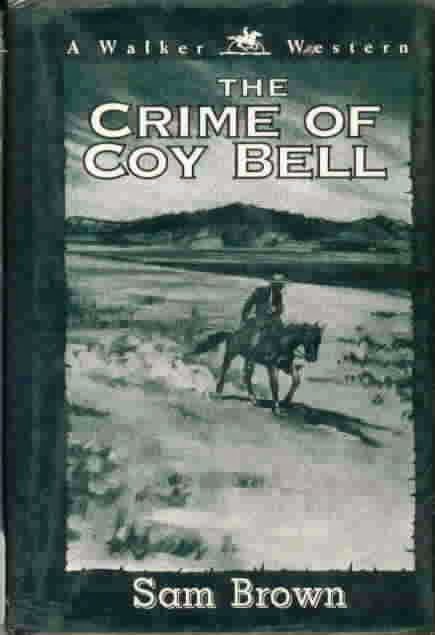 Sam Brown has earned a special following among western readers. His characters know how to rope and ride, and they think, feel, talk, and behave like actual working cowboys. They are honest and decent men, admirable and down to earth.

Far from being troublemakers, they get into trouble anyway, and therein lie the seeds of their difficulties that pull at our sympathies. These are men like ourselves, just expecting fair play in a daily world where chance and circumstance are always ready to upset one’s modest but earnest expectations.

Plot. Coy Bell takes a job breaking horses for a rancher in 1880s Texas and quickly loses it when a bad ride leaves him with a broken leg. Recuperating, he befriends the rancher’s unhappy young wife, Laurel May, and the two develop an attachment that touches the deep loneliness in each of them. To avoid committing the “crime” of violating her marriage vows, they part company.

Readers can find plenty of melodrama in western stories, but irony with tragic consequences is not the usual commodity. Yet tragedy lies in wait for the two lovers in this novel. Because Laurel May happens to be married to a man capable of malicious intent, Coy does not escape being branded wrongly as a criminal, which makes of him a wanted fugitive.


Worse yet, Laurel May herself becomes the victim of an unspeakable crime. And to avenge that crime, Coy becomes a killer, with predictable and unpreventable results. In attempting to avoid committing the far less heinous offense of infidelity, each of the lovers ends up paying a far heavier price. 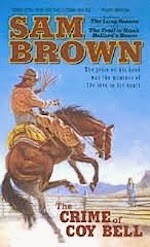 Theme. Moral ambiguity need not be the central theme in a tragedy, where bad things happen to people not fully aware of the potential effects of their actions. For a little perspective on this view, Brown introduces the character of a young Pinkerton detective, Benny Maxwell, whose by-the-book take on law enforcement is put to the test by Coy Bell.

Attempting and failing to arrest Coy, he becomes first an unwilling companion and finally an accomplice in the cowboy’s effort to rescue Laurel May, who has been taken hostage by a brutal captor. When the dust has cleared, Benny has learned the difference between the law and moral imperatives that require breaking the law. Little of this, however, has much effect on the outcome for Coy, as he is brought before judge and jury in the pursuit of justice.

It’s not your usual western. Taken all together, the novel tells a story that has the shaded coloring of a folksong sung in the dark registers of Appalachian ballads. Forbidden love ignites deeper passions that lead to unhappy consequences. As Sam Brown tells it, the story is both compelling and heartbreaking.

The Crime of Coy Bell is currently available at amazon and AbeBooks. For more of Friday's Forgotten Books, click on over to Patti Abbott's blog.
Tweet