I have this funny habit when I hold an old library book. I wonder how long it’s been sitting on the shelf in the stacks untouched, then of the different hands that have turned its pages over the years. Then how often it’s been taken home and read and by why sorts of readers.

This particular 102-year-old copy of Bertrand Sinclair’s Raw Gold came from the LA Public Library downtown (above), and I picked it up at my local branch (below). The book looks and feels pretty good for its age. It has been rebound in a stiff yellow binding, now scuffed and smudged. The author’s last name and the book’s title have been stamped in black capital letters on the spine. The pages themselves are soft with much handling, many of the corners creased from being folded over. The  old check-out punch card is still in its pocket inside the front cover.
There’s also the evidence of previous ownership. On the first page of chapter 1, the words BOOK LOVERS LOAN LIBRARY LOS ANGELES have been embossed into the paper. The date NOV 25 1977 has been stamped at the bottom of the title page. On the back of that page is another stamp: “University of Southern California” and in the gutter on the facing page yet another stamp: “Gift of James and Vernon Pleukharp”. And so on.
It occurs to me that no one is going to have these thoughts about an ebook a hundred years from now. 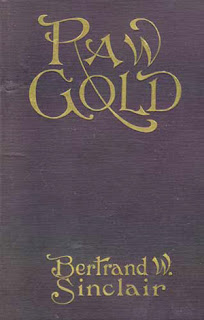