Book: To Hell on a Fast Horse

New Mexico was no land of enchantment during 1870-1910. After the Civil War, it was the frontier beyond the frontier, where the West was still wild and woolly. Territorial officials, duly elected and otherwise, were corrupt right up to the governor. Honest men with any power or authority were a rarity. 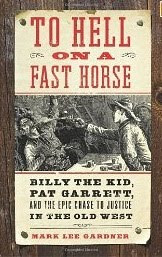 The murderous efforts of those outside the law kept them even rarer. Pat Garrett, a gambler, speculator, one-time buffalo hunter, and part-time lawman was one of the few with the determination to take on some of the criminals – and one of them in particular, Billy the Kid.
Mark Lee Gardner has written a well-researched book about both men. He claims that everything he has to say about them, including the words he attributes to them, are recorded and documented. His account is a happy mix of history and good storytelling. While he writes in a conversational style, his scholarship is evident from the 50 pages of notes and bibliography, plus a lengthy index. 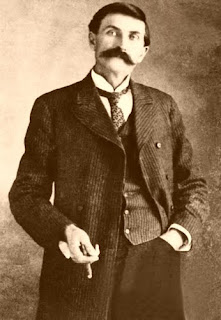 Pat Garrett. Gardner finds both men engaging but keeps a historian’s distance. If anything, he may wish that events after the shooting of Billy had been kinder to Garrett. What made him a fearless man-hunter did not serve him in his later pursuits. He tried various business ventures that didn’t pan out. And he made enemies among people who were unscrupulous enough to want him dead.
He also had a love of gambling and drinking (not uncommon in the West) and a tendency to make the wrong friends. While a supportive husband and father of eight children, he let it be known that he kept a mistress. During most of his years, he was either poorly paid or in debt. He was finally murdered with a shot to the back of the head while stopping to take a leak at the side of a road near Las Cruces in 1908. His murder, like others at the time in New Mexico, was never satisfactorily solved.
The irony of Garrett is that today he is scarcely remembered, while the outlaw he killed has been mythologized and celebrated for over a century. For the hundreds who visit Billy’s grave in Sumner, New Mexico, its only the rare soul that seeks out Pat Garret’s in El Paso. Even today, there are renewed efforts afoot to have Billy the Kid pardoned by the state governor, and descendants of Pat Garrett continue to defend their grandfather. 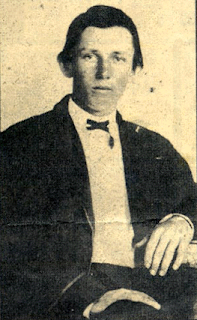 Billy. It mattered little that Billy was a fugitive in New Mexico and had been for a long time. He could roam freely over hundreds of sparsely populated miles knowing there were friends everywhere to hide him.
Because of his involvement on the losing side of the Lincoln County War in 1877-78, he had the sympathy of many New Mexicans (Hispanics), who had reason to dislike the Anglos who ran the county. Billy also spoke Spanish. Add to that his uncanny ability to evade and escape capture and a kind of fearless daring in the face of danger.
Although photographs of him show a young man of no particular good looks or charm, he was apparently irresistible in person – even with his buck teeth.  He was sociable, an avid dancer, and apparently a favorite with women of any age. It was the love of a girlfriend that had brought him to the house in Fort Sumner where he was finally found by Garrett and killed. (Photo below, Old Road Canyon in Lincoln County where John Tunstall was murdered, the first killing of what was to become the Lincoln County War.) 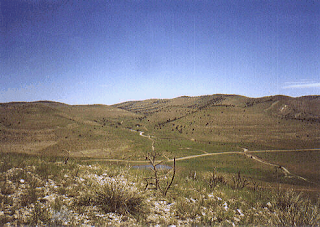 As sheriff of Lincoln County, Garrett had had to capture Billy twice. The first time, though manacled and under guard at the Lincoln County jail, Billy performed a spectacular escape, leaving behind two dead deputies.
The second time, Garrett had taken no chances. Looking for Billy in the middle of the night, Garrett had slipped into a darkened room to wake and question a sleeping friend. Unknown to Garrett, Billy was nearby, and by chance entered the same room, suspiciously uttering what were to be his last words, “¿Quién es?”
Certain that it was Billy, Garrett opened fire. Billy, carrying both a pistol and a butcher knife, was instantly killed. 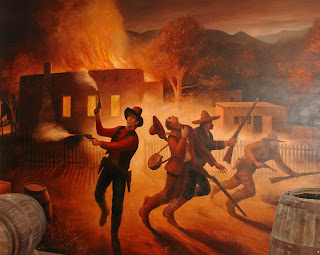 Gardner. What makes an impression in Gardner’s book is the pervasiveness of lawlessness and violence on the New Mexico frontier at the time. He notes how the blood-letting of the Civil War was still a recent memory, followed by the brutality of the Indian Wars. Many who had lived outside the law back East had found their way to the frontier. As a result, money-making enterprises there could be ruthless, and competing interests as merciless as the Sopranos. (In the illustration above, Billy and others escape from the burning McSween house during the Lincoln County War.)
Law enforcement was tenuous, and a fair trial easily subverted. An aggressive prosecutor of law-breakers could find himself and members of his family the victims of unsolved murders. Even the governor could find reason to shake in his boots. Lew Wallace, who governed the Territory during 1878-81, had promised Billy a pardon if he gave evidence in a murder trial. Billy cooperated, but Wallace didn’t grant the pardon. Billy didn’t let him forget it.
Altogether, this is a thoroughly readable book. If your knowledge of Pat Garrett and Billy the Kid is more from myth than history books, Gardner's account will correct many misconceptions. Truth, in this case, is even more fascinating than myth. While popular opinion tends to favor the outlaw over the lawman, Gardner makes clear that they were both remarkable men.
He ends with a comment made in 1924 by Sallie Chisum (niece of cattleman John Chisum): “No matter what they did in the world or what the world thought of them, they were my friends. Both were real men. Both were worth knowing.” And Gardner’s book is well worth reading.
Picture credits:
1) Pat Garrett, standing, legendsofamerica.com
2) Billy the Kid, criminals.lt