In the nine weeks I’ve been around here I haven’t said much about myself. Three months ago, before this blog got started, being a “blogger” was not even a remote idea. Ten years ago, I’d been a web consultant, with a site and a monthly online newsletter called “Say What You Mean on the Web.” 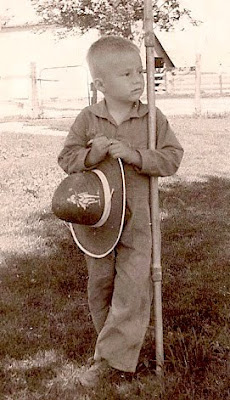 The many hours that went into that enterprise were enough to dampen any wish to be online again. Anyway, I’d taken a job teaching full-time and I didn’t have a big enough head to wear two hats.
But teaching gave me an opportunity to pursue another interest, the American West and the cowboy. Like many grown men, this had been an interest that goes back to boyhood.
This summer was the first one in decades that I’d stuck to a promise to “take some real time off.” In May, I went horseback riding for four days in the southern Sierras (the banner photo of the grassy hillside above was taken near Caliente, California, on the way to the ranch). After that, my wife and I relocated to our house in the desert in the Coachella Valley, to read and write and just take it easy.
But by that point, I had come upon Laurie Powers’ book about her grandfather, and some googling led me to her blog. From there it was a slippery slope. Buddies in the Saddle came into being almost before I knew it. The summer turned into a virtual sojourn online. 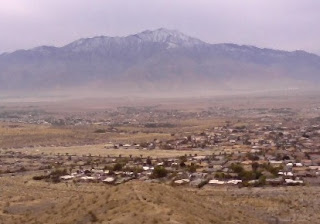 During these nine weeks, far out in the deserts of Riverside County, I’ve discovered another country. It’s a place where some very generous and friendly folks have found each other through a mutual enthusiasm for pulp and genre fiction, westerns and the American West. They’re folks who are also both readers and writers, and lest there be any doubt about this, writers are the greatest people to hang around with.
It’s taking time to get used to being here, learning the customs, the etiquette, and the potential of the medium. It’s also been gratifying to be so warmly welcomed. Rich Prosch, a fellow former Nebraskan, invited me to do a guest post for his My Personal West series. We settled on a video I’d done about the Nebraska Sandhills, which can be seen at his site, Meridian Bridge.
Patti Abbot got me to contribute to her last round of Forgotten Books. And it would be a lie if I said it didn’t please me to be “followed” by others whose blogs I admire and to have readers leave appreciative comments. 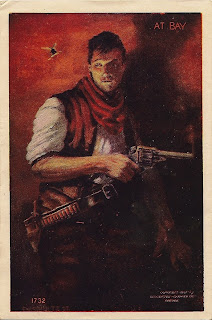 The point. Finally, getting around to the point of this ramble, writing a blog has helped me focus my own curiosity about the West. For one thing, there’s that ongoing and shifting balance between myth and reality. Writing about western movies with historical connections has led to research that’s taught me more about western history.
Also, reading more of the fiction written in the shadow of The Virginian, I’m learning how several early western writers in a short span of years helped the genre to evolve. That this was during Teddy Roosevelt’s years in the White House is no small part of the picture. After Jefferson’s purchase of Louisiana a century before, TR arguably did most as an American president to redefine the West of both myth and reality. He didn’t get his face on Mt. Rushmore for nothing.
I’ve read Wister, Andy Adams, Alfred Henry Lewis, and Dane Coolidge from this period. Next up is Clarence Mulford, B. M. Bower, O. Henry, and the first novels of Zane Grey. I would not be at this point without the daily discipline of writing a blog and the encouragement of other bloggers. 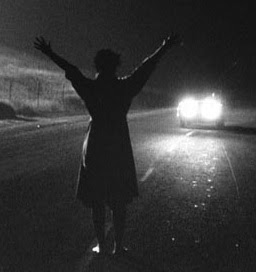 A confession. Finally, for those who have read this far, I have a confession to make. Film noir is a favorite movie genre of mine, and the enthusiasm for noir fiction here got me to try my hand at it. You can find a sample, “All She Wrote” by J. Conrad (that’s me), at A Twist of Noir.
So that’s my “casual Friday.” There will be more of these, as I return to the classroom in the middle of August. I start with a two-day microseminar for incoming freshmen about the American Cowboy in Myth and Reality. Then I teach Advanced Writing to 57 juniors and seniors until December.
Reading and commenting on all those student papers is time consuming and sometimes tiring. Blogging will have to take a back seat, but if I can mix a metaphor, I will do my best to keep my oar in here.
Coming up: National Day of the Cowboy and the Fictional Cowboy Hall of Fame