Women writers in the West

Richard Prosch over at Meridian Bridge has posted a "My Personal West" with a video from me. Go on over and you'll find out as much as you probably care to know about an area of my home state, the  Sandhills of Nebraska.

For Buddies in the Saddle today I've put together another reading list. This one goes along with the Cowboy Memoirs list I posted a while ago. Many women have lived in and written about the rural West, and have had plenty to say for themselves. While the West is often regarded as mostly a "man's world," I offer the following books and writers as evidence to the contrary. 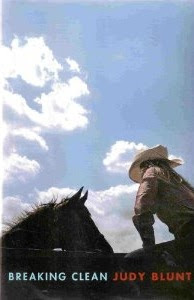 A memoir of growing up on a ranch in the High Line country of northern Montana. Blunt focuses on the difficulty of conforming to expectations for women and traditional norms that continue to exist today.
Debra K. Marquart, The Horizontal World: Growing Up Wild in the Middle of Nowhere: a Memoir
This collection of personal essays is part memoir, part social history, and part appreciation for the lunar topography of the author's home state, North Dakota. Captures well the tedium of growing up rural while “real life” is elsewhere.
Teresa Jordan, Riding the White Horse Home: A Western Family Album
Thoughtful and evocative memoir of growing up on a ranch in southeast Wyoming. A chapter on calving season brings to life the day-to-day labors and rewards of stock raising.
Linda M. Hasselstrom, Windbreak: A Woman Rancher on the Northern Plains
One year chronicled by the poet-author of this book about a small ranch in southwest South Dakota. Haying, fence mending, and cattle branding are described, plus prairie fires and sub-zero weather.
Kathleen Norris, Dakota: A Spiritual Geography
Returning to the family farm in South Dakota, the author writes of discovering the dimensions, sometimes spiritual, of rural life on the northern Great Plains.
Gretel Ehrlich, The Solace of Open Spaces
In this book, a California filmmaker visits Wyoming, meets a rancher, and decides to stay. Great visual descriptions and appreciative commentary on ranching, cowboys, rodeo, Native Americans.
Elinore Pruitt Stewart, Letters of a Woman Homesteader
The writings of Elinore Pruitt Stewart (1876-1933), who settled as a homesteader on the frontier in southwest Wyoming. Made into the film Heartland (1979) with Conchata Ferrell and Rip Torn. 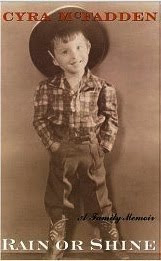 Cyra McFadden, Rain or Shine: A Family Memoir
Montana-based author describes her emotionally tumultuous life as the daughter of celebrity rodeo announcer Cy Taillon.
Mary Clearman Blew, All but the Waltz: A Memoir of Five Generations in the Life of a Montana Family
Essays that weave together accounts of four generations of the author's ancestors, with focus on the women. From settlement in central Montana in the 19th century to the latter years of the 20th.
Mari Sandoz, Old Jules
Memoir of growing up in the family of a Swiss immigrant father in the western panhandle of Nebraska during the homesteading years of the post Civil War era. Like Willa Cather’s Nebraska fiction, an account of girlhood on the open plains.
Terry Tempest Williams, Refuge: An Unnatural History of Family and Place
Naturalist and poet Williams writes of growing up in an LDS family in Utah and devotes her book to two subjects, the flooding of a bird refuge and a link between the incidence of ovarian cancer among the women in her family and the atomic tests in her home state in the 1950s. 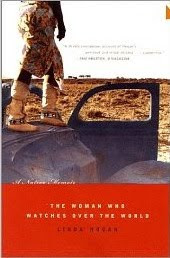 Linda Hogan, The Woman Who Watches Over the World: A Native Memoir
Sometimes harrowing memoir of a modern-day Native American woman and member of the Chickasaw nation. Reminder of the continuing psychological impact of subjugation on native populations.
Donna M. Lucey, Photographing Montana 1894-1928: The Life and Work of Evelyn Cameron
More than 150 of Evelyn Cameron's photographs, including vast landscapes, range horses, cattle roundups, farmers' fields, and the wildlife of the high plains. Her vivid images convey the lonely strength of pioneering homesteaders in eastern Montana.
If I counted right, that’s a baker’s dozen. A thorough list would go on much longer, but I’m sticking to only those I’ve read and can recommend.
Posted by Ron Scheer at 7:08 AM