In spite of turning 60 this year, this western has aged well. Its story successfully mixes irony, melodrama, realism, suspense, and humor. Direction and cinematography are also first rate. You can tell it was a project everyone believed in. 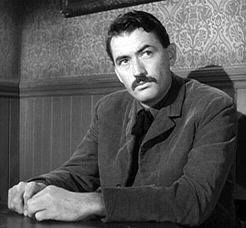 Gregory Peck plays the gunfighter of the title, Jimmy Ringo, a man in his mid-30s who’s been on the run since his gang broke up a few years back. He’s quick on the draw and has a reputation for having killed up to 50 men who’ve tried to outgun him.
When he shows up in his hometown of Cayenne, New Mexico, he causes a considerable stir. The schoolhouse empties as the boys gather outside the saloon to catch a glimpse of him. Having had such a celebrity as a customer, the saloon keeper (Karl Malden) expects his business to boom. An aspiring gunfighter (Skip Homeier) is eager to become known as “the man who shot Jimmy Ringo.” Meanwhile, the father of one of Ringo’s alleged victims gets out his shotgun to avenge his son’s death.
Ringo’s reason for being there is to see the woman he left behind (Helen Westcott) and the eight-year-old boy who is their son. Given his frame of mind, he seems to sense that his life may soon be over and he wants to make amends. As he waits for her in the saloon, he is reminded of how his life might have been different.
An old friend and partner in crime is now the town marshal (Millard Mitchell), and a young rancher comes in for one - just one - drink. When he leaves, he has revealad himself as the hard-working, enterprising, and optimistic solid citizen Ringo could have become.
But Ringo’s time is running out in more ways than one. In the opening scenes of the film, in a different town, he’s challenged by another young man with a gun (Richard Jaekel), who winds up spread eagled and lifeless on a barroom floor. Ringo has to make a quick departure, the boy’s three brothers in hot pursuit. 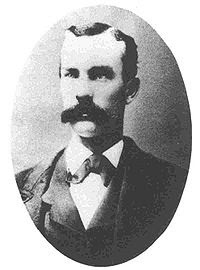 Some Old West history. Set in the 1880s, the film has a character loosely modeled on a real man with a gunfighter’s reputation, Johnny Ringo, who hung out with the Clanton gang in Tombstone. He died in Arizona in 1882 at the age of 32. While there are theories that he was killed by any number of other men, including Wyatt Earp and Doc Holliday, he apparently died of a self-inflicted gunshot wound.
The sad irony of this is reflected in the mordant undertone of the film, which captures a sense of regret at a life misspent. Peck’s Ringo is not guilt-ridden for the string of corpses he’s left behind (there aren’t that many, just eleven), but he’s remorseful that the choices he made have led him so far astray. If he escapes this time with his life, he can’t escape his fate.
Realism and humor. Several creative choices by director Henry King underscore the human drama in Ringo’s situation. The opening sequence following Peck across desert landscapes is moody and dream-like, and the deep-focus cinematography heightens the realism of the interior scenes. More in keeping with the period, the leading men as well as extras have mustaches, and Peck’s hair looks like it might have been cut with the assistance of a bowl.
When he enters the saloon in Cayenne, the back of his clothes and his hat are thick with trail dust. Sent out back to wash up, he finds a wash stand attached to an outside wall – another realistic detail drawn from the Old West. 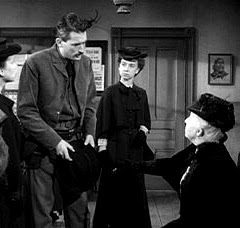 While it's a black-and-white film, the characters as written and portrayed are far from it. The marshal, like many lawmen in the West, is a man who has lived on both sides of the law and, as an old friend, his sympathies still lie with Ringo. He brings a believable gravity to a man relying on common sense to steer a course between mixed allegiances.
There are also moments of humor in the film, where a line or situation may be loaded with irony. A brigade of upstanding women appeals to the marshal to run Ringo out of town. They don’t realize that the man is standing in the room with them, and they’ve mistaken him for a helpful deputy. In another scene, two drunks wrestle awkwardly on the ground as the marshal walks by them on some other business. Returning by the same way, he finds them still locked in the same position, and he dumps a bucket of water on them. 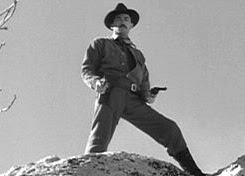 While the film is set in New Mexico, the exteriors were shot in the Alabama Hills of Lone Pine, California. This is the same dramatically rocky terrain we found in Rawhide (reviewed here). In one memorable scene the camera pulls back to show us Peck standing atop a high rock as his pursuers stop below.
History, myth, and postwar America. What I often notice about these postwar and Korean War westerns is how they deal with men who have killed and attempt to return to peaceful lives. Peck’s Ringo can’t do it, even though he has the admiration of so many for what he’s done. The marshal has managed to make the shift, even though he, too, has dark memories. He recalls the turning point for him when he saw the body of a girl who had been killed accidentally in an incident involving the gang.
Ringo’s yearning to go somewhere and start a new life, with wife and son, enlivens the final scenes with a vision of normalcy – a nuclear family making a good living and a good life somewhere, memories of the past safely fading away. For many sitting in the audience in 1950, the emotional pull of this desire must have been palpable. 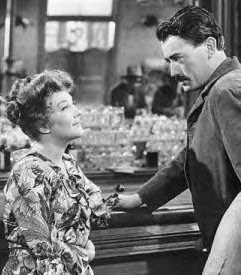 It’s not a reach to think of Audie Murphy returning from WWII the most-decorated combat veteran and, despite his fame, plagued with a lifetime of trauma-related problems. Swept under the rug (and repeated with Vietnam vets), the issue seems to have found its way into the western. Safely removed to another time, it acknowledged what many in the audience were surely living through.
Finally, Peck’s is a nuanced performance that reveals the complexity of a man weighed down by a reputation that has little connection to the reality of his life. For that reason, some modern viewers might prefer a darker and more psychologically disturbed portrayal of a killer with his dilemma.
But in 1950 that much realism would have made him seem like a psychopath. It would have interfered with an audience’s ability to identify with him. He has to be a man whose heart beats like ours, and we need to feel his loss and his desperate hopes as deeply as if they were our own or that of a loved one. Peck can do that, and he did.
The Gunfighter is available in a boxed set of restored Fox westerns, including Garden of Evil  and Rawhide. Brief featurettes include a tribute to cinematographer Arthur Miller.
Further reading:

Picture credits:
1) Photo of Johnny Ringo, wikipedia.org
2) Jean Parker and Gregory Peck standing at the bar, tvfanforums.net
3) All other stills, devildead.com
Coming up: Rodeo movies and Dane Coolidge's Man From Wyoming
Posted by Ron Scheer at 8:06 AM