This tightly plotted and cleverly conceived crime fiction novel is set in the Welsh town of Pontypridd in 1904. Our central character is police inspector Frank Parade, who on a normal day has his hands more than full. 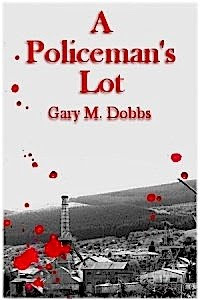 We find him having to enforce new closing hours with resentful public house landlords. He may be roused in the middle of the night to deal with a dead woman who’s either fallen or been pushed under a train. Understaffed, he is assisted by an unseasoned and accident-prone constable. Meanwhile, the local newspaper delights in running unwelcome reports of police incompetence.
Parade’s job gets even more complicated when Buffalo Bill’s Wild West Show comes to town. There is Bill Cody, larger than life, and not all that cooperative, especially as one of his employees turns up with his throat slit. And thus begins a murder investigation that generates a slag heap of difficulties for Inspector Parade and produces a string of corpses.
Parade works manfully against the odds, and in Gary Dobbs’ skillful hands, the odds keep getting longer. He’s nearly killed trying to apprehend a burglar, and his job gets turned over to his nemesis, a self-promoting fellow officer. Then a journey into London has him visiting the scenes and considering the circumstances of a series of unsolved murders sixteen years before. Excitement builds in the closing chapters as Parade closes in on the murderer, though not without a chase on horseback.
Dobbs has done his research and packs a lot into his novel. We become immersed in a time and place on the cusp of the twentieth century. Old methods of law enforcement are challenged by the introduction of new technologies. Economic changes create new problems and pressures.
We get shifting points of view among characters, and we often know more than Parade does. But we hardly know enough, and tension builds as he attempts to put together a confusing handful of clues. The pieces when they begin to fall into place are fascinating because of what we learn about social conditions of Victorian London.
And there’s the entertaining collision of Buffalo Bill’s Wild West Show with turn of the last century, coal-mining Wales. Cowboys and Indians wander through some of the scenes, and Bill Cody himself figures into the plot at key points. Well drawn, he is a self-important presence used to being regarded as a living legend.
Inspector Parade is a thoroughly enjoyable creation. He’s professional in his job, a man with apparently no close friends, who silently bristles when the chief inspector makes what seem to be ill-considered decisions. He makes no secret what he thinks of anyone on the wrong side of the law.
Outside of the police house, he seems to have no home of his own. His chief indulgence is a quiet moment seized with a pipe full of tobacco. Among life’s nuisances is the unwanted attention of a hotel proprietor he calls “Sweaty Betty.” Happy he is when he’s on duty, which is nearly all the time. Such is a policeman’s lot.
Posted by Ron Scheer at 6:07 AM