For Laurie Powers over at Laurie’s Wild West, who likes memoirs.

From early days, there's been an interest in the life of the real American cowboy, and the personal stories of the men who lived and worked as cowboys have often found their way into print.

This list of 24 cowboy memoirs covers a range that extends from Texas to British Columbia and from the late 19th century up to the present. The variety of experiences working cattle at different times and in different places is remarkable, and while there is some repetition in these books, from first to last they are full of surprises and absorbing (often humorous) yarns. 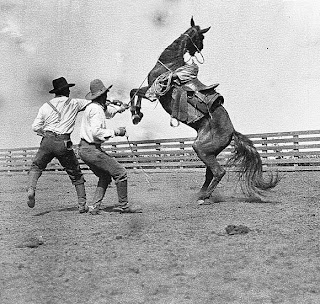 Old West
E. C. Abbott, We Pointed Them North: Recollections of a Cowpuncher
Classic as-told-to memoir of "Teddy Blue" Abbott about his early years cowboying in Nebraska and Montana in the 1870s-80s. Includes warm tributes to the Cheyenne and to the women of the cow towns, including Calamity Jane.
Reuben B. Mullins, Pulling Leather: Being the Early Recollections of a Cowboy on the Wyoming Range, 1884-1889
Informative and entertaining cowboy memoir of punching cows and becoming a top hand during the peak of the open rangeland cattle industry in 1880s Wyoming.
Charles A. Siringo, A Texas Cowboy: or, Fifteen Years on the Hurricane Deck of a Spanish Pony
Born in 1855 on the Gulf Coast of Texas, Siringo had worked as a cowboy for 15 years when he wrote this memoir "to make money" at the age of 28. Siringo also includes his experience as a range detective.
Charley Hester, The True Life Wild West Memoir of a Bush-Popping Cow Waddy
Memoir of a cowboy on the Chisholm Trail and, according to my notes, inspiration for Errol Flynn's character in the 1939 film Dodge City.
Ed Lemmon, Boss Cowman: The Recollections of Ed Lemmon, 1857-1946
His work taking him across parts of South Dakota, Montana, Wyoming, and Nebraska, Ed Lemmon managed the largest fenced pasture in the world (865,000 acres), bossed the single biggest roundup in history, and handled more cattle (more than a million head) than any other man.
Con Price, Memories of Old Montana
This enjoyable memoir, published in 1945, dates back to the early days of cowboys in Montana. Con Price was a contemporary and friend of cowboy artist Charles Russell, and his account of life on the range in the 1880s is full of wonderful details and an admiration for those who knew themselves as cowpunchers.
Nellie Snyder Yost, Pinnacle Jake
This as-told-to memoir takes readers back to the 1890s, when Nebraska-born A. B. Snyder cowboyed for the 101 ranch, a huge agribusiness with thousands of cattle on the open ranges of Wyoming and Montana. 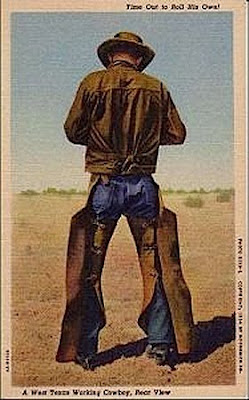 Early 20th Century
I. Blasingame, Dakota Cowboy: My Life in the Old Days
Well-written memoir of a young cowboy working for the Matador Land and Cattle Company in the early 20th century on the Cheyenne River Indian Reservation.
Ben K. Green, Wild Cow Tales
One of several reminiscences of a young Texas cowboy rounding up “uncooperative" cows in the 1920s and 30s. Easy-going, humorous style. Many working-cowboy insights into handling cattle in difficult situations.
Ralph Moody, The Home Ranch
Recollections of the author's summer as a very young cowhand on a ranch in the foothills of the Rockies, outside Colorado Springs. The year is 1911 and the author was 12 years old.
John L. Sinclair, Cowboy Riding Country
Sinclair writes of his life as a kind of western Thoreau, living a young bachelor's life in the 1920s in a mountain cabin near Roswell, NM, cowboying for enough pay to buy groceries and essentials.
Dayton O. Hyde, The Pastures of Beyond: An Old Cowboy Looks Back at the Old West
Cowboy writer and photographer remembers his early years in the 1920s on the Yamsi Ranch in eastern Oregon.
Walt Coburn, Stirrup High
The author remembers his youth as a 14-year-old cowboy in 1903 on his father's ranch in northern Montana.
Richmond P. Hobson, Nothing Too Good for a Cowboy
Hobson, son of an admiral in the American navy, became a cowboy, emigrating in the 1930s to the high back country of British Columbia. This beautifully written book tells of working cattle and running ranches often in fierce winter weather. There's plenty of colorful characters including a tribe of Indians.
Stella Hughes, Hashknife Cowboy: Recollections of Mack Hughes
As-told-to account of 14 years from Hughes' teens to his 20s, during the 1920s and 30s, in the ranch country around Winslow, Arizona. Gritty account of cowboying and surviving in the Prohibition and Depression eras.
Fred Gipson, Cowhand: The Story of a Working Cowboy
Entertaining account of Ed "Fat" Alford, a young working cowboy during the 1920s and 1930s in West Texas. By the author of Old Yeller.
Ross Santee, Lost Pony Tracks
First published in 1953, and illustrated by the author, this book is a fine, wonderfully written, sensitively drawn memoir of cowboying in Arizona in the years before and after WWI. Santee was a perceptive, thoughtful, and observant writer who captured in accounts of incidents and remembered conversations a depth of social history that is hard to find in other books of its kind. Author of terrific novel based on his experience, Cowboy. 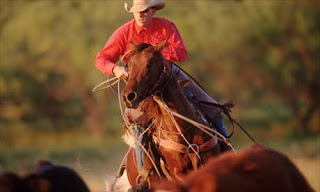 Modern Times
William Kittredge, Hole in the Sky: A Memoir
A sometimes painful memoir of growing up on a huge family-corporation ranch in southern Oregon. Kittredge later moved to Montana and is a fine short story writer.
John R. Erickson, Panhandle Cowboy
Cowboy and writer John Erickson (author of Hank the Cowdog stories) writes of his ranching experiences in Oklahoma and Texas in this first of a series of well-written, informative and entertaining books.
David McCumber, The Cowboy Way: Seasons of a Montana Ranch
Journalist McCumber spends a year on a large modern-day ranch in western Montana, and the reader learns along with him the day-by-day work of cowboying through seasons scorching hot and freezing cold.
Mark Spragg, Where Rivers Change Direction
The author writes of growing up on a dude ranch in northwest Wyoming. Excellent nature writing, coming of age memoir, and record of a vanishing way of life. Novelist, screenwriter, and author of An Unfinished Life.
Tom Groneberg, The Secret Life of Cowboys
After a brief experience as a cowboy, the author buys a small ranch in modern-day Montana, which turns out to be more than he bargained for. At the end of the memoir he is back to working other men's cattle, but no less happy for it.
Don Henry Ford, Contrabando: Confessions of a Drug-Smuggling Texas Cowboy
After losing money trying to make a living as a farmer in West Texas, a young cowboy tries to make a go of smuggling marijuana into the US from Mexico, a plan that works for a while until he encounters the murderous greed of the king pins in the business. One heck of a yarn.
Picture credits:
1) A wild bronc fighting off the rider in an LS corral. LS Ranch, Texas, 1907, Erwin Smith, photographer; cartermuseum.org
2) Postcard, Cowboy rolling a cigarette, 1934; txgenweb.org/
3) Montana cowboy, 2008; guardian.co.uk
Next time: A mini crash course in western movies
Posted by Ron Scheer at 6:14 AM