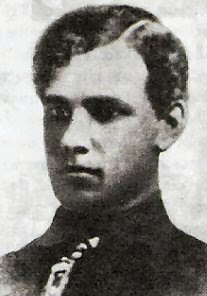 The story of a gunman. Culley observes that there were four kinds of gunmen and gunfighters: (1) the lawman who killed in the line of duty, (2) the psychopath, ready to kill another man over an imagined slight, (3) the man dangerous only when drunk, and (4) the “artist” who killed with humor and for show.
As an example of this last type, he devotes a chapter to Clay Allison, credited with taking the lives of as many as 21 men. Tall and substantial, not handsome, remarkable for his “mass of black hair,” he rode a jet-black horse and walked with a limp.
The limp, according to Culley, resulted from an injury in a knife fight that more than illustrates the “showmanship” of his fatal encounters with other men. Allison and his rival agreed to dig a grave and then fight each other to the death while standing in it. The victor, Allison with his wounded leg, then shoveled in his dead opponent. 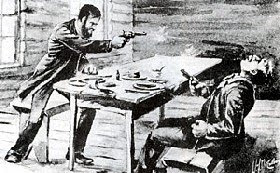 Another time, he was to have a duel on horseback with a man named Cooper – but only after they’d had dinner together at a local hotel. As they started into the soup course, guns were drawn and Cooper fell face forward into his soup bowl, a bullet in his head. Allison then finished his meal before announcing to the crowd assembled outside that the duel would not take place.
Once, in 1875, he met up in Cimarron with a desperado Pancho Griego, and the two men went to a bar for a drink. After Allison left the bar, Griego’s body was found with a gunshot in his temple. There had been no witnesses to the killing. At a dance, he and his brother John got drunk and disorderly and when the sheriff and a deputy were called to the scene, the deputy shot and wounded John. Whereupon Allison returned fire, killing the deputy with a single shot of his 45.
Something working in his favor, Culley observes, was that Allison was well liked. He was a roistering presence given to amusing both himself and others, able to take a joke, and almost painfully respectful of women. Whether fact or legend, stories about him made the rounds. He reportedly shot the stovepipe hat off a man once and then escorted him to an outfitter to buy him a proper Stetson. 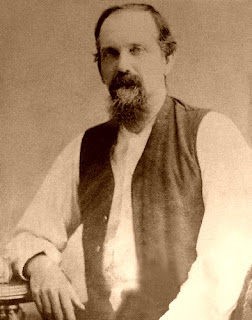 Called once to be foreman of the grand jury in Santa Fe, he is supposed to have kept everyone on the panel drunk for days with liquor purchased out of county funds. When he had a grievance against a newspaper in Cimarron, he and his men broke up the printing press and threw it in the river, then sold copies of the newspaper around town for 25 cents. On another occasion, he extracted six teeth from a dentist who had wrongly extracted one of his own.
Fighting corruption. There’s material enough for a western novel in the account of Allison’s efforts to fight the deeply entrenched corruption in New Mexico politics at the time. When a Methodist minister, Rev. Tolby, was murdered for his own opposition to it, Allison made sure justice was served.
He saw to the hanging of one of the killers after getting a confession, and the other man was delivered to trial. In a jurisdiction where courts were easily intimidated to let the guilty go free, Allison apparently made sure that the second killer also paid for his crime. While being taken from court back to jail, the man was shot dead by an assailant who, in the dark, looked suspiciously like Allison. He was arrested in connection with the killing, and a grand jury found against him, but he was never taken to trial and remained an outlaw for the rest of his life.
Culley relates other stories of this colorful man, a “character” in the old-fashioned sense of the word, who was also a killer. In later life, he married and had a ranch near Roswell. He died not in a gunfight but in an accident when he fell under the wheels of his own wagon. Compared to what prevails in fiction about the West (and this is a point Culley makes), the truth about life on the frontier was often far more interesting and entertaining.
Code of the gun. Gun violence was a fairly common feature of frontier life during these years. Culley recalls a series of killings at a saloon in Cimarron that took the lives of eleven men in one month. But it was rare for a fatal shooting to result in a court trial.
Typically, shooters observed the code of the gun that prevailed on the frontier. The other man had to be armed, and you could not shoot him in the back. Under those conditions, Culley says, any judge and jury were almost certain to find a man to be acting in self-defense – and therefore not guilty of murder. He also notes that ambushes seldom occurred, and blood feuds were mostly unknown.
It was a code that supported a certain kind of order at a time when citizens tended to be well armed. By carrying a gun, a man was assumed to take responsibility for his own protection. Meanwhile, he also notes, courts conveniently avoided the need to determine guilt.
As a footnote, Culley recalls that there were no corresponding rules of conduct for a fist fight. Opponents fought not only until one of them was down. A man was free to beat the other to a pulp if he wanted and still had the energy for it.
A far more extensive and somewhat divergent account of Clay Allison’s life can be found at legendsofamerica.com.
Picture source: legendsofamerica.com
Next: Portrait of a cowboy
Posted by Ron Scheer at 5:08 AM