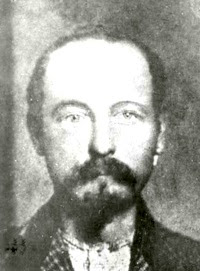 Myth, reality, and Hollywood are fairly evenly matched in this film about the James-Younger gang’s failed attempt to rob a bank in Northfield, Minnesota, in September 1876. Cliff Robertson as Cole Younger takes center stage from the more often romanticized Jesse James, played here by Robert Duvall. As a corrective to all that romance, Duvall’s Jesse is more than a little whacked out – and cold blooded.
The film correctly shows them all as Confederate guerillas still fighting the Yankees a decade after the Civil War had ended. In the film, their reputation as heroes results from resistance to the land-hungry railroads, robbing trains and sharing the proceeds with the poor. No less a figure than Alan Pinkerton himself is enlisted to bring a stop to them. The film gives him credit for paying off the right Missouri state legislators to prevent a populist effort to grant amnesty for the boys. While speculative and oversimplified, the film shows that writer-director Philip Kaufman had looked at some history books before writing his script. 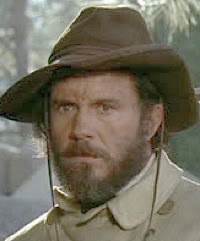 Cliff Robertson’s pipe-smoking Cole Younger is a congenial outlaw. Intelligent and reflective, he’s fascinated by new technology. A steam tractor on the streets of town stops him in his tracks with wonder – or “wonderment,” his favorite word. However, he does not see the appeal of baseball when he happens upon a game. “Our national sport is shooting,” he says, “and always will be.”
History tells us that the gang rode into Northfield wearing long coats to hide their guns – and looking like cattlemen in this community of Scandinavian immigrants. But the robbery didn’t go as planned because of a time lock on the bank’s vault. A bank employee and a bystander in the street were shot dead, and two of the gang were killed as the citizens fired on them during their escape from town. The gang then split up and only the James brothers got back to Missouri. The Youngers were caught by a posse and sent to prison.
Hollywood improves on history by having the gang discover beforehand that the bank has nothing in it to rob. Public distrust after the panic and bank failures of 1873 have people hanging onto their gold. Younger, in cahoots with the bank manager, dreams up a scheme to restore that trust. Only after the bank’s vault is full does the gang attempt its ill-fated robbery. Pretty far fetched.
The film is more or less faithful to the details of the robbery itself, including the death of two gang members and Seymour the bank employee. However, there’s no telling what Kaufman had in mind when he converted Gustafson, the fourth casualty, into a street crazy. Shot, he falls over a steam calliope that shrieks for the length of the robbery and the escape from town. It’s doubtful, too, that the town welcomed Cole Younger back as a hero when his prison wagon was pulled through the streets. But his bemused smile at the cheers of the citizens provides an end note that fits the rest of this often humorously ironic film.
Costuming is passably accurate, though Robertson is hardly a mirror image of Cole Younger. His thick dark beard helps to soften his character, but Cole seems to have preferred something more like a goatee. Northfield never looked quite like it does here either. The square-grid layout of the town looks right, but exteriors were shot in and around Jacksonville, Oregon. So there is the occasional snow-covered mountain ridge in the background, not anything like the terrain of southwestern Minnesota.
Which raises another question, whether this is a western at all. It probably should be called a “Midwestern.” Minnesota is a long way east from the 100th meridian, the traditional eastern boundary of the West that bisects the tier of states from the Dakotas down to Texas. Maybe we can say that the James-Youngers were just misplaced outlaws. Surely many others like them went West after the Civil War and outlawed there.
I remember seeing this film when it was brand new at a popular culture conference and enjoying the experience of being in a large auditorium full of appreciative western fans. How often does that happen anymore? And speaking of appreciation, let me end this commentary by putting in a good word for the script, which has some memorable lines, including this bit of practical philosophy from Cole who has been downed in an ambush by one of the Pinkertons: “You gotta keep gettin’ up, cause if you don’t, some sonofabitch will start shovelin’ dirt on you.”
Posted by Ron Scheer at 12:18 PM