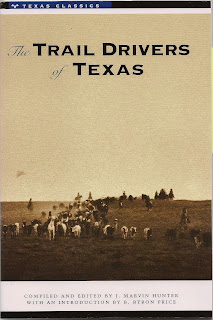 This 1000+ page compendium was published by the Old Trail Drovers Association in Texas. This organization was formed in 1915 as an offshoot of the Cattle Raisers’ Association of Texas. Chief organizer was George W. Saunders, a cattleman who had gone up the trail as a teenager.

The book started out as Saunders’ idea to preserve the memories of that first generation of trail drovers. Publication was delayed when the printer went out of business and the first batch of submissions was lost. The completed book was something of a rush job, and for its length, its scope is still somewhat limited.
Some numbers. Of the 350 entries, less than half are from drovers, representing a group estimated to have numbered 6,000 at one time. The rest are first-person stories of others, tributes, reprints from books and newspapers, and a few poems. J. Marvin Hunter, the editor, also added accounts of cattlemen, Indian fighting, and outlaws that have nothing to do with droving.
The memories of drovers recorded in the book are mostly from Texans (91%), and of those more than half came from within a 150-mile radius of San Antonio. Accounts are mostly of men born 1840-1860. While most contributors trailed cattle more than once, Saunders says that was true of only one-third of the drovers.
Saunders also estimated that one-third of the drovers were blacks and Mexicans, yet there are almost no accounts in the book from either of these groups. B. Byron Price, who wrote the introduction for the modern-day reprint of the book, uses this absence to suggest that Saunders’ estimate was exaggerated. As noted in previous posts for Black Cowboys of Texas, historical evidence supports Saunders.
Despite any shortcomings, the book is still a rich store of first-hand accounts from that era. The memories of this generation reach from pre-Civil War days to the Jazz Age. 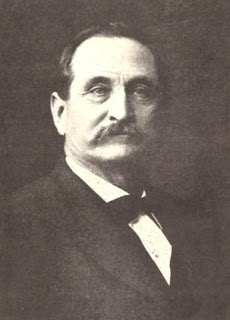 George W. Saunders. Let’s consider the man who gathered and herded these collected memories into print. Saunders tells his own story on pages 426-454. Born in 1854 in central Texas, he was a boy on the family ranch near Goliad when his father and older brothers went off as soldiers for the Confederacy.
He was left to care for the family’s cattle “with the assistance of a few old men and some negroes.” Necessities during those times could not be purchased, so everything they wore and used had to be homemade. Once, twenty beeves were taken across the border and traded in Mexico for a sack of coffee and two each of knives and forks, pairs of spurs, bridle bits, and bridles.
In 1871, barely 17, he hired on for his first trail drive that took 1000 steers from Stockdale, near San Antonio, to Abilene, Kansas. While still in central Texas, north of Austin, the herd stampeded in a thunderstorm. He discovered himself the next day with 75 steers. Unable to find the way back to the main herd, he stayed with them until the trail boss finally located him.
They crossed the Red River into Indian Territory, following the Chisholm Trail. There they forded swollen streams and chased buffalo, killing a number of them. They discovered that shooting them in the head had no effect. The skulls were too thick for a revolver bullet to penetrate. During this trip, his only disappointment was that they did not get “mixed up in an Indian fight.” 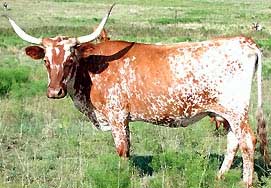 Kansas. On the prairie, he is witness to the rapid growth of railroad settlements. Passing twice through Newton, Kansas, he sees a dozen or so dwellings turn into “quite a large town” within the matter of a month. When the herd stops outside Abilene, he accompanies 300 beeves to the train to be loaded onto cars.
Near Abilene, he observes homesteaders on the open prairie living out of dugouts. Lacking firewood, they gather and burn buffalo chips. When the herds arrive, they are quick to offer their 160 acres for the cattle to bed on in exchange for the cow pies. This, he notes, caused a number of disputes when there were misunderstandings, providing amusement for the cowboys.
In these days before fences, homestead boundaries were marked by a plowed furrow. Cattle owners were responsible for any damage caused by cows wandering across them. He and another cowboy cost the owner $100 once when their cows did some damage in a corn patch and killed 20 chickens. 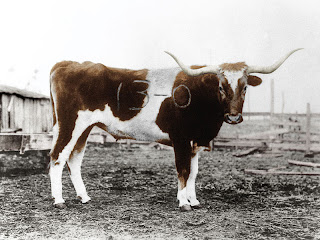 As more of the owners’ herds arrived at Abilene, they were sold off in lots until only a few were left. About 50 of the drovers then made the return trip to Texas, taking chuckwagons, cooks, and 150 horses. At one river crossing, they constructed a raft for the wagon beds and attempted to extend a rope to the opposite bank for the crossing.
After unsuccessful attempts by four cowboys older than himself, Saunders swam to the other side with one end of the rope in his mouth. Years later he remembers the pride he felt as a cheer then went up. “I added several inches to my stature right there,” he says. Once the outfit made it to the other side, the crossing was not complete until the wagons were pulled up a steep bank, requiring “a great deal of time, patience and profanity.”
Back in Texas, they were in a celebratory mood, stopping at towns to visit the stores and saloons. Residents, he remembers, were “glad to see us come and glad to see us leave.” In one town, they refuse to surrender their firearms as required by local ordinance, and depart again, guns blazing. 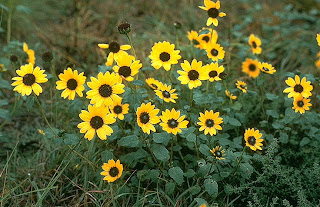 Dugout story. Remembering the homesteaders in Kansas, he tells a story of another cowboy. Separated from his outfit, he spends a night with a hospitable family in their one-room dugout. After the evening meal, the couple’s two boys are put into the one available bed. When they are asleep, they are propped up in a corner, and the bed is offered to the cowboy while the couple goes outside.
When he awakens the next morning, he’s been propped in the corner, and the couple are in the bed. When he leaves, he offers them five dollars, but they will accept only 50 cents for their “poor accommodations.” He insists that they take the five dollars because “what he had seen and learned right there was worth five dollars to him.”
Saunders then brings readers up to date, giving an account of his years as a cattleman and horse trader. One trip with a herd of cattle takes him into Apache territory in New Mexico. Another time he takes mustangs to sell in Missouri, traveling by riverboat with the last of them down the Mississippi to Saint Louis.
Before he's done, Saunders gives a brief mention to two wives and two daughters now married.
More drovers’ stories again soon.
Picture credits:
1) George W. Saunders, photo from the book
2) Modern-day longhorn, U.S. Fish and Wildlife Service, wikimedia.org
3) Texas longhorn, 1917; wikimedia.org
4) Prairie sunflower, wikimedia.org